Media Under the Taliban: Restrictions and Violations

Media Under the Taliban: Restrictions and Violations 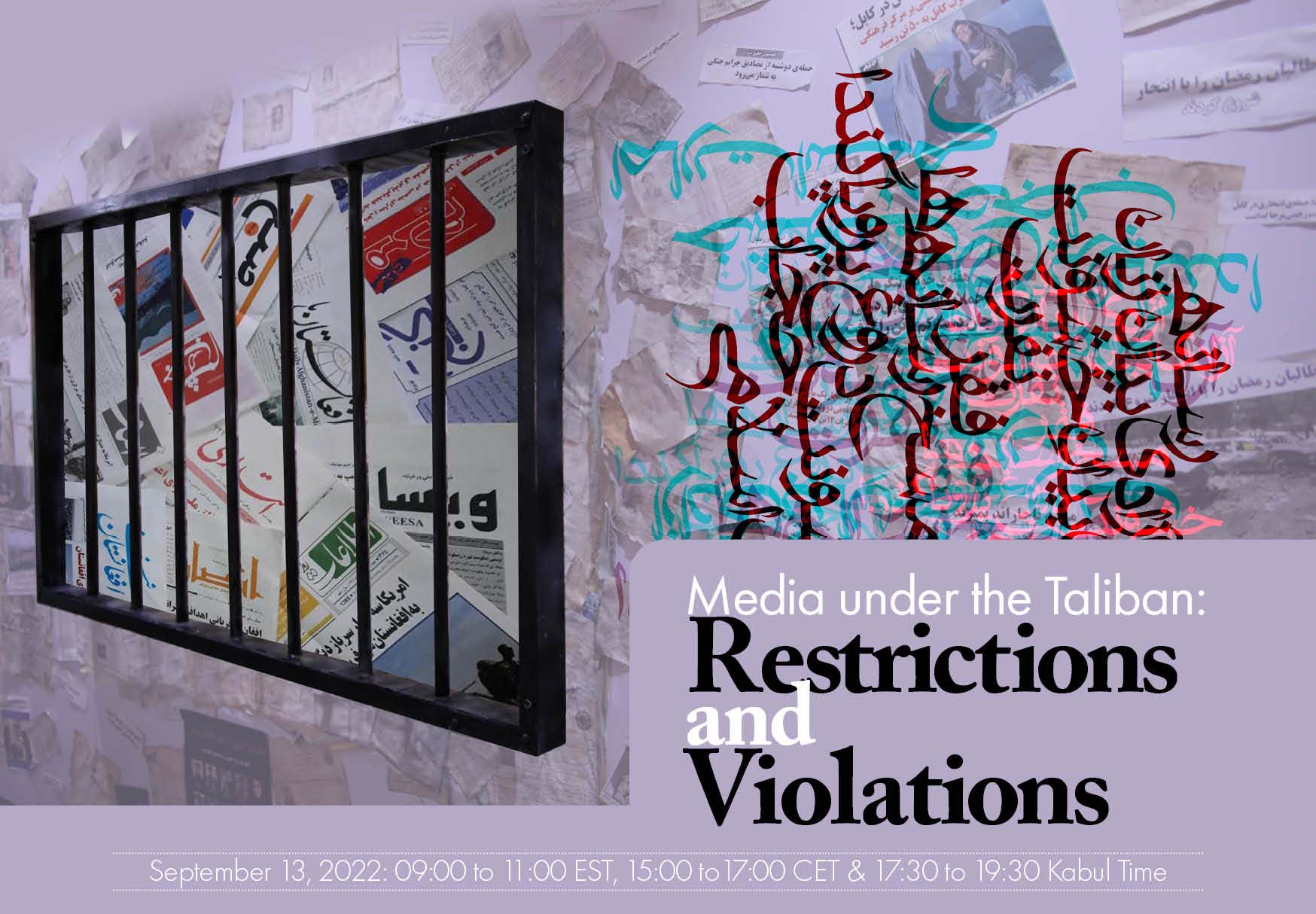 The International Center for Transitional Justice (ICTJ) and the Afghanistan Human Rights and Democracy Organization (AHRDO) are delighted to announce the launch event of a research report on media in Afghanistan: Media under the Taliban: Restrictions and Violations. This research report investigates the situation of the Afghan media under the Taliban regime from August 2021 to July 2022, and more specifically, focuses on media policies and restrictions passed during this period, as well as violence against journalists.

Simultaneous English-Farsi translation will be available.

Rules of Journalism is one of the policies that gives the Taliban control over all news output, including over the content of all publications.These rules also prohibit media from publishing or broadcasting on matters that have not been officially sanctioned by a Taliban official. The report also investigates incidents of violence against the media community. Under the Taliban regime, journalists are increasingly being subjected to extreme forms of surveillance, intimidation, arbitrary arrest and detention, physical abuse, enforced disappearance, and extrajudicial killing.

Last but not less important, the Taliban regime has passed several gender specific restrictions, which exclusively target female journalists and women, working in media. These policies dictate women’s clothing, curtail their freedom of expression and movement, and limit their ability to perform their tasks as reporters. Women have been barred from participating in press conferences, denied interviews by Taliban officials, prevented from working or even appearing on camera in some provinces, and many have been dismissed from public sector jobs.

This discussion comes one year after the Taliban became the de facto authorities and during which calls have been incessantly made to investigate cases of violence against journalists and bring those responsible to justice in vain. The panelists will highlight the widespread nature of violations against journalists in Afghanistan, the Taliban strategy based on denial and the absence of domestic accountability avenues.

We look forward to sharing our findings and to a rich discussion.