Alive in the Demand for Change: Transitional Justice and Prevention in Peru 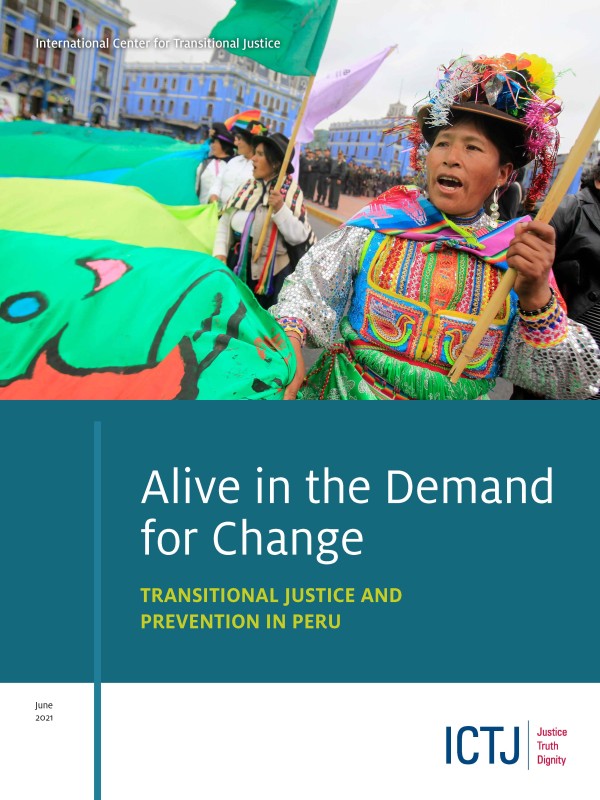 From 1980 to 2000, Peru experienced both a violent internal violent conflict and political authoritarianism. In the two decades since, the country has implemented a wide range of transitional justice processes, including elements of truth, criminal justice, reparations, and institutional reforms directed at guaranteeing nonrecurrence. This study reflects on the preventive impact of those processes. It pays specific attention to the factors that facilitated the conflict and help explains its differentiated impact on victims and affected communities.

The Peruvian Truth and Reconciliation Commission (CVR) revealed significant and longstanding socioeconomic, geographic, and educational divisions within Peruvian society that both caused the political violence and were reinforced by it. It painted a picture of victims as socially and economically excluded and placed the political violence within the context of almost two hundred years of domination, marginalization, and oppression of members of the Andean and native populations. In order to mend these human rights violations and social fractures, the CVR recommended truth, justice, reparations, and guarantees of nonrecurrence.

The study contends that there is a before and after the CVR. Policies that contribute to preventing the recurrence of widespread political violence and abuses have been developed that would not have been possible without the existence of the CVR. There are also signs that the CVR’s narrative has penetrated a broader stratum of the population and political class, and that transitional justice has had a positive impact on society’s internal and external control of institutions.

The broader democratic transition in Peru, however, never truly attempted to create a pluralist society based on a new social pact that included all Peruvians in the benefits and obligations of citizenship. In the absence of broader cultural or attitudinal institutional transformations, advances linked to transitional justice ultimately depend on the benevolent will of government officials and on persistent advocacy from victims’ groups and human rights organizations. The process of change remains unfinished.