ICTJ Forum: Analysis of Ongoing Developments in Egypt and Colombia 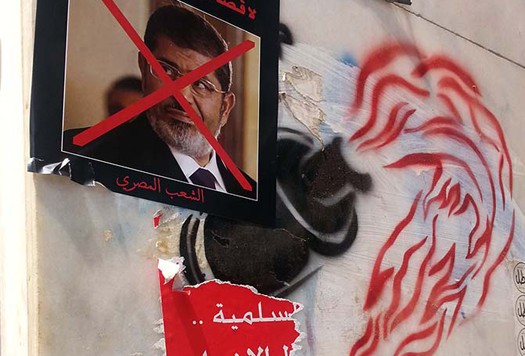 In this edition of the ICTJ Forum—a monthly podcast in which our experts analyze ongoing news developments from a transitional justice perspective—we look at the turmoil in Egypt and the peace process in Colombia.

“Many, including the leading figures such as Mohamed El Baradei, have posited that transitional justice is a way out of this political impasse and can provide the society with a way to heal," explains Abdel Dayem. "However, there are real problems occurring on daily basis that are preventing this strategy from being adopted. People are being detained, frequently without being afforded their legal rights, violations are occurring on both sides of the divide and something has to change fundamentally before you can institute any transitional justice measures."

Seils and Abdel Dayem look into the regional implications of the situation in Egypt, and the decisions by the interim government that sometimes seem to be taking the country backwards to the practices of the Mubarak era.

“We are indeed very much concerned about what the situation in Egypt will mean for the region,” says Abdel Dayem. “We hope that the current negative trend will be reversed, and there are concrete things that can be done to achieve that. This would give countries like Yemen and other in the region a model to follow.”

Last week, Colombia’s National Center for Historic Memory released a major study of Colombia’s conflict in which it details crimes committed by paramilitaries, guerillas and the army since 1958. The report is culmination of six years of research and it documents the manner in which more than 220,000 people have been killed and more than 5.7 million displaced. Paul Seils commented on the importance of the report and its relationship with a possible truth commission, which is now being discussed.

“This report is vital start to a discourse in the Colombian society on accepting the truth about the extent of crimes that took place, and creating a commitment to changing it,” said Seils. “We have an independent report saying thing that the government never wanted to admit. However, a truth commission is still absolutely necessary in its role to clarify and deepen the understanding of serious violations that have occurred.”

In addition, Seils analyzes last week’s hearing before the Colombia’s Constitutional Court, which is expected to decide on the government’s push to amend the constitution to allow for selection and prioritization of serious crimes to be prosecuted.

“We have always held the view that it is almost impossible to investigate every single violation that has happened and that the focus should be on the most responsible. The crucial issue is how do you define ‘the most responsible’ and everything depends on how you do that. Prioritization and selection can’t be used for a special treatment of the military, which has been accused of serious crimes, including the ‘false positives’, especially in the past decade or so,” says Seils.

Learn more about ICTJ's work in MENA and our program in Colombia.