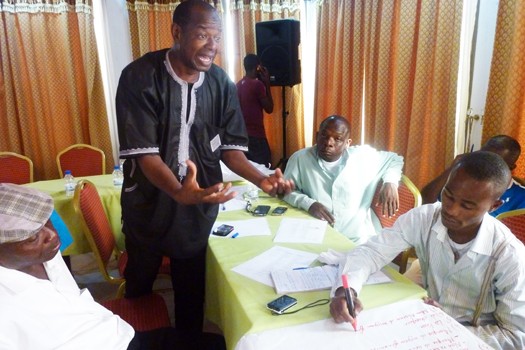 By Cristián Correa and Didier Gbery

For more than a year, in collaboration with the National Commission for Reconciliation and Compensation for Victims (CONARIV), ICTJ’s Reparative Justice Program has made an effort to consult with victims of Côte d’Ivoire’s 2010 post-election violence and its national government. These consultations are meant to push forward a definitive reparations policy that is based on the following four fundamental pillars: the need to prioritize the victims of the most serious violations; the need to focus on natural persons as victims; the need to implement a comprehensive policy that responds to the different consequences caused by those violations; and the need for a clear implementation strategy that provides certainty to victims.

ICTJ has worked with CONARIV, victims’ groups, and other government entities on reparations since 2012. A new briefing paper, titled “Recommendations for Victim Reparations in Côte d’Ivoire,” presents the conclusions of these consultations and makes recommendations to encourage the state of Côte d’Ivoire to advance its process of implementing a credible reparations policy through a participatory and transparent process.

Côte d’Ivoire faces a challenge in how to define a reparation policy that includes not just the victims who are near Abidjan or are politically connected, but also those in remote areas or with with more limited political access. Although the Programme National de Cohesion Sociale (PNCS), the Directorate of War Victims, and the Commission for Dialogue, Truth and Reconciliation (CDVR) made efforts to listen to victims and define a policy of reparations that would respond to the most serious consequences of the armed conflict, the policies fell short and failed to engage victims. Victims’ organizations did not have enough of a role in the process, and what limited participation they did have excluded those in the rural areas most affected by the post-election violence.

In establishing these consultations, we knew we had to encourage a process of dialogue in which victims in isolated regions, female victims, and victims of the most serious crimes could be involved in the process of policy-making. So we started by selecting the areas of the country that suffered the most during these periods of violence. We identified two neighborhoods in Abidjan, Abobo and Yopougon, and two other cities, Bouaké and Duékoué – the former near the center of the country who had suffered mainly during the 2002-2005 period of conflict, and the latter in the west, who had been affected by all the successive eruptions of political violence. Once selected, we began a process of mapping the victims’ groups in the area. The process of mapping heavily relied upon existing organizations located in the selected areas and we were able to identify 225 grassroots organizations.

We asked the groups the following questions: What are the most serious violations that occur in the area? What are the consequences of each one of those violations? What are the daily obstacles the victims face, and how are the effects felt differently by different groups of victims (widows, women, youth, etc.)?

We decided to work with separate women-specific victims groups in order for them to have their own definitive voice on the issue of reparations. This allowed for us to better understand the perspective of women victims and for all other organizations to grasp their perspective as well. Actually, having women presenting their own recommendations, and making concrete gender-based proposals while male leaders listened, resulted on an unintentional boost for their power and capacity in very traditional community organizations. In some cases, we also created youth-focused victims’ groups.

Through these discussions, we prompted the organizations to suggest concrete and prioritized proposals that would help victims of the most serious violations in overlooked and isolated regions overcome these various consequences and obstacles.

Meanwhile, we also worked closely with the government, making them acknowledge the need for consultation in the reparations process while also demonstrating to them that we were already working with victims. This pushed the government to organize a conference where 50 representatives of various organizations convened in Abidjan, the economic capital of Côte d’Ivoire, to present their proposals and conclusions. The conference went beyond simply providing an initial list of the most vulnerable victims to the government; instead it addressed how to register victims, how to implement reparation policies beyond monetary compensation, and how to formulate a clear and comprehensive implementation strategy nimble enough to adapt to the different challenges different victims face.

In this way we sought to transform basic principles into action according to the opinions of the numerous organizations. We felt encouraged by victims being able to speak so clearly, so strongly, and with even more knowledge than the authorities had on these issues.

Part of being a ‘victim’ is an experience of being passive, of not being strong enough. Part of a reparations process is to strengthen the capacity of victims to be agents. We seek to restore a political process that is respectful of people as citizens and not just recipients of charity, allowing victims to attain political dignity through their participation. We are not simply saying: “Let’s just propose a draft law that will have the principles embedded in them,” because that does not work.

The question is how many proposals are implemented and how many are implementable. The solution for reparation processes can be found in victims’ participation. Victims know best when telling us what might work and what will not and how to be realistic under different conditions for each country. This does not mean that government does not need to play a role, as those priorities need to be translated into budgets and policy implementation strategies, frequently checking with victims if those strategies are working well enough.

The briefing paper aims to help to organize Côte d’Ivoire’s reparations policy in a practical way. It includes some concrete definitions for forms of compensation, rehabilitation, and satisfaction of individual victims. It also includes proposals for community reparations, the search of the forcibly disappeared, access to documentation for those what have either lost them or have never been properly documented, a reconstruction policy specially focused on the areas most affected by the conflict, and symbolic reparations based on community participation.

It also highlights the need to undergo a budgetary exercise based on the profile and numbers of victims registered, which could help define responses to the priorities outlined.

In order to create lasting reconciliation between the victims of post-election violence and the Côte d’Ivoire state, the reparations program must respond to the most serious consequences of the violence for victims through measures that address their long-lasting socioeconomic, psychosocial, and education-related effects for victims and their children.

We recommend an implementation strategy that requires a timeline for the different actions to follow. Reparations should be a joint effort between policies that work to guarantee the non-repetition of political violence and repression and policies that enforce the respect for human rights and humanitarian law in all state institutions. Both sets of policies require mechanisms that oversee the conduct of armed forces and state institutions while also investigating and prosecuting serious violations of human rights.

We hope that, with the recommendations included in this briefing paper, the Côte d’Ivoire government will be able to take state responsibility and recognize the serious consequences caused by its violence and thus set the foundation for a better, more just future. 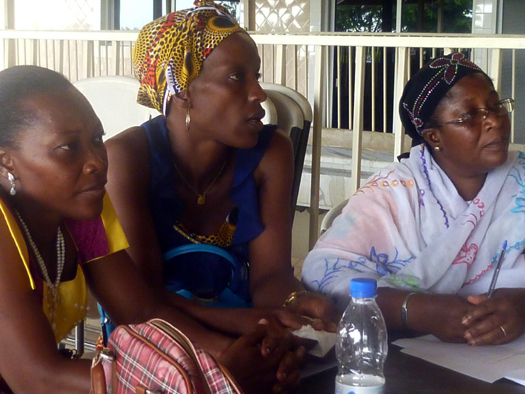 Follow Didier and Cristián on a series of consultations in our photo gallery.