The need for a comprehensive reparations process was the central theme of the National War Victims’ Conference held in in May, in Kampala, Uganda. 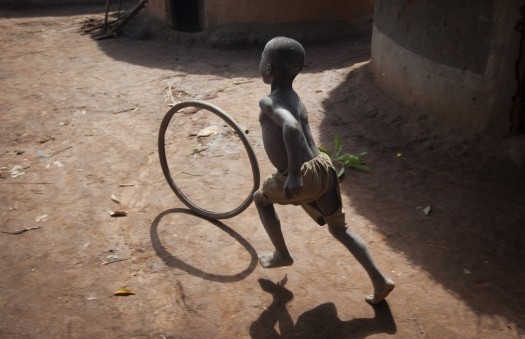 The need for a comprehensive reparations process was the central theme of the National War Victims’ Conference held in in May, in Kampala, Uganda.

The conference, entitled “From Victims to Survivors: the Struggle for Reparations, Remedies and Justice,” was planned to coincide with the pending release of the Ugandan government’s draft National Transitional Justice Policy, which aims to provide a roadmap for the country’s post-conflict transition. Participants representing 120 victims from Uganda, 30 victims representatives from other African countries, diplomats, Ugandan government officials and international experts engaged in discussions about how to ensure that the government’s policies reflect the needs and interests of victims.

AYINET Director Vincent Ochen told delegates that victims have lost trust in the government’s ability to provide redress due to continued delays. To move forward, Ochen said, the community must take ownership of the process and be informed that they are entitled to reparations.

Role of victims to shape a transitional path

Uganda continues to struggle to address the legacy of decades of civil war that have left hundreds of thousands dead. The violence has hit northern Uganda the hardest as conflicts between the Lord’s Resistance Army (LRA) and the Ugandan government brought suffering to new levels. Of particular concern to society in this transitional period is what to do about the estimated 30,000 children that were kidnapped by the LRA and forced to become soldiers and sex slaves.

Susan Acan, whose organization Empowering Hands works with women who were taken by the LRA, presented on the topic of incorporating gender issues into the transitional justice process. Acan explained that many women were abducted, raped, and had children, only to come back home to be marginalized by their communities.

Acan told attendees that the women “came home and still suffered from violence because they were women. Tensions lead to increased violence against women as they struggled to reassert control. But we need a safe environment to have the opportunity to speak our minds. We do not have to do what the men say just because they are men; we are equal and can do what men do. That should be recognized by our leaders.”

Acan stressed the need for counseling, legal representation and direct reparations for the harms suffered by women in Uganda.

Victims’ representatives were united in their call for an immediate reparations process to be implemented by the Ugandan government.

Cristián Correa, Senior Associate in ICTJ’s Reparative Justice Program, believes that the recent parliamentary resolution on reparations for certain categories of victims—which includes specific proposals in regards to rehabilitation of the most vulnerable victims—and the reparations policy developed by the Justice, Law and Order Sector, are both signs of good news for victims in Uganda.

“Watching victims and civil society organizations at the conference talk openly with the government about their demands and proposals for accountability, truth, reparation, was certainly a positive signal in a process that has lagged for years,” said Correa.

Correa’s presentation focused on the implementation of transitional justice in Uganda. He underscored how important it is for transitional justice measures to be implemented as a package, as each gives meaning to the other. For example, he explained, reparations need truth and justice to have meaning. “They need guarantees of non-repetition and reforms of the police, the army or the courts that failed to protect, as we need to learn from the mistakes and wrongdoing,” Correa said.

Correa emphasized the need for an urgent relief program for victims, as the approval and implementation of a transitional justice policy would take time.

This and a number of other recommendations were outlined in the 2013 ICTJ report entitled “Unredressed Legacy: Possible Policy Options and Approaches to Fulfilling Reparations in Uganda” and remain relevant today.

The Ugandan government must establish and implement a comprehensive plan for the provision of reparations which includes an official truth-seeking process; a Fund for reparations; a politically supported mechanism for reparations implementation; and the integration of traditional justice mechanisms. Victim participation must be integrated into the entirety of the consultation process.

"We encourage the Government of Uganda to approve and implement the transitional justice policy developed by the Justice, Law and Order Sector after extensive processes of consultation. Such policy, based on a strong and comprehensive framework will bring stability and contribute to a sustainable peace in the country," said Correa.

"While it might take some time to implement the transitional justice policy, the Government of Uganda should not be afraid of starting the implementation of interim relief measures for the most vulnerable victims, those who cannot wait any long, using the existing mechanisms and the extensive experience the country has, as long as it is done in a non-biased way and with transparency and participation from victims."

Photo: Children play at a former camp for displaced persons most of whom have now returned to their villages, in Bobi, near Gulu, Uganda. April 27, 2012. (AP Photo/Ben Curtis)