Will the ‘October Revolution’ Finally Bring Lebanon to a Reckoning with Its Past?

Lebanon’s ongoing “October Revolution” represents the largest decentralized, anti-government protest the country has seen at least since the end of the civil war in 1990. The demonstrations have brought thousands of Lebanese to the streets to condemn widespread corruption among the political class, paralyzing the country for weeks. 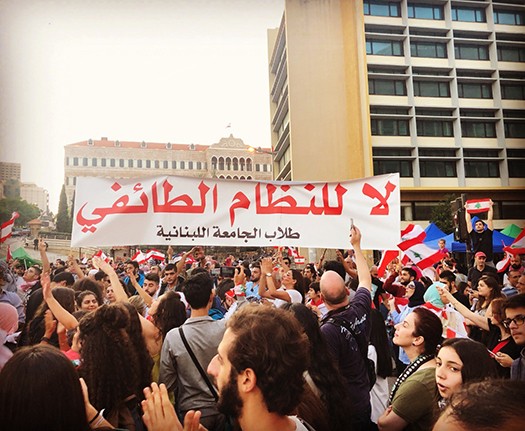 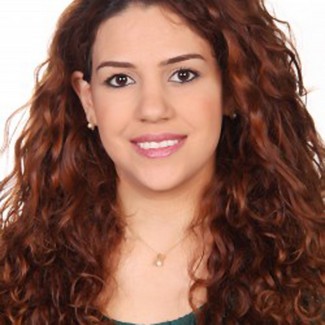 Lebanon’s ongoing “October Revolution” represents the largest decentralized, anti-government protest the country has seen at least since the end of the civil war in 1990. It surpasses both the massive protest in 2015 against the government’s ineptitude in managing the country’s waste crisis and the one in 2005, known as the “Cedar Revolution," demanding the withdrawal of Syrian forces from the country. The demonstrations have brought thousands of Lebanese to the streets to condemn widespread corruption among the political class, paralyzing the country for weeks and—in what has been hailed as protesters’ first victory—forcing the resignation of Prime Minister Saad Hariri.

For the past several years, Lebanon has been weathering an economic downtown that has affected most everyone in the country. When the government proposed a set of regressive taxes in October that would have hit working families hard, the Lebanese people had had enough. They at first gathered in the streets to protest the tax proposals. But as the days passed and the crowds swelled and multiplied across country, the demonstrations soon became a national unmasking and denunciation of the deep-rooted crisis of a highly corrupt political system. In recent months, the economic situation has only worsened; prices continue to rise, while the value of the Lebanese pound has plummeted, commonly used U.S. dollars have become scarce, and banks are limiting transfers and withdrawals.

People from different sects, social and political groups, and regions have united against the entire ruling class, which has been rife with clientelism, nepotism, and corruption for decades. The spontaneous, leaderless, and nonsectarian nature of the protests have given people the chance to voice their varied grievances, including corruption, weak institutions, poor public services, appropriation of public spaces, inequality, discrimination, poverty, and unemployment. Many of these grievances are connected to unresolved issues dating back to the civil war.

To understand how the grievances of the past link to the demands of today, it is important to understand the agreement that brought the civil war to an end. Signed in 1989, the Taef Agreement was supposed to address the major causes of the war, particularly the country’s deeply rooted sectarianism. Instead, the agreement essentially institutionalized existing divisions by establishing a sectarian political sharing system based on the one enshrined in the 1943 National Pact. This system helped the powerful elites monopolize the fragile post-war economy and dominate government and public institutions. Institutional reforms promised by the Taef Agreement were never implemented, a sweeping amnesty  was passed that granted perpetrators full immunity for all crimes, and warlords were rewarded with cabinet positions. In this way, the Taef Agreement  brought the war to an end, while simultaneously disregarding the rights of victims and their families and forcing civilians to accept postwar parity with aggressors. Today, sectarianism remains a key factor contributing to institutional weaknesses that prevent the provision of impartial, efficient, and effective public services. The consequences of this partisan approach to peacemaking have permeated every aspect of Lebanese life.

This system and all its failures are at the crux of today’s revolution. People in the streets are breaking through sectarian and political divides, and doing so peacefully. They are showing courage like never before, as they name and shame the country’s corrupt sectarian and political leaders. Fully resolving these deeply rooted problems will certainly take greater public awareness, time, and ultimately political will. It will also require taking stock of the many failures of the Taef Agreement and the other unaddressed grievances from the civil war.

For example, in the decades since the war ended, Lebanese institutions have largely failed to design much less implement a comprehensive reparations program or to provide impartial and effective services to victims of the war and subsequent political violence. There are still more than 17,000 people unaccounted for in Lebanon. The Committee of the Families of the Missing and Forcibly Disappeared has been very active in today’s revolution, using it as an opportunity to continue to voice their demands to know the truth. Similar to many other laws, Law 105 for the Missing and Forcibly Disappeared, which passed more than a year ago thanks to the families’ decades-long efforts, has yet to be implemented, and the independent commission it promises for uncovering the fate of thousands of missing and forcibly disappeared has yet to be established. “The large number of Lebanese people who moved passed their sects, regions, and ideologies and came together in the current uprising correlates with the uprising of the families over the tragedy of the loss of their loved ones that started 37 years ago and continues until today and that formed a community crossing regions, sects, ideologies and so on,” says Wadad Halwani, President of the Committee of the Families of the Kidnapped and Missing in Lebanon. “So, the application of Law 105/2018 to resolve the issue of missing persons must be at the heart of the demands of the popular uprising.”

Victims of arbitrary detention and torture are also still waiting for the government to acknowledge their suffering and provide them with much needed financial, administrative, legal, and psychosocial support. Meanwhile, Lebanese authorities have been detaining protesters in a way that is reminiscent of the past, bringing renewed attention to the plight of current and former political detainees. “Lebanon endured an era of repression and violations through the 1990s that many thought ended in 2005. However, practices in the last 15 years have showed that a culture of impunity is rampant among law enforcement agencies,” explained George Ghali, Executive Director of the Beirut-based human rights group ALEF for Human Rights. “While practices were relatively peaceful overall in the uprising since October 17, incidents still indicate that disproportional use of force is the standard, and public perception is that peacefulness is the exception.”

The protests have also proven to be an important avenue for women to demand the rights that have long been denied to them and to call attention to gender-based violence and discrimination. The Taef Agreement was conspicuously silent on gender, despite the occurrence of gender-based violence throughout the war. In fact, the sectarian system it imposed has actually hindered progress on women’s rights, partly because it leaves several issues to be decided by religious laws that are discriminatory against women. Today, women are playing a leadership role in shaping the revolution and have been on the frontlines of the protests, making their demands heard in the streets. They have condemned the political elite and the injustices women face, such as the discriminatory personal status laws, unaddressed gender-based violence, and weak political representation. Women have played an important role in defusing tensions and maintaining the nonviolent nature of the protests. They have also led particularly symbolic events, such as a march against segregation and the recurrence of war in the area where the civil war began.

Similarly, youth are playing a vital role in this revolution and are becoming more specific and vocal in their demands for change and a brighter future, refusing to accept the corrosive behaviors and norms of the past that the war generation failed to change. While young people are still feeling the effects of the civil war, they reject violence and are less fearful than the older generation that the conflict will repeat. They also renounce the policy of “state-sponsored amnesia” that the government promotes and that allows political and social factions to compete for the dominant war narrative. The post-war generation is tired of being taught different truths about the war asserted by multiple politicized and fragmented narratives and is demanding instead an accurate and objective truth about the past. “It is impressive to see so many people, both young people and adults, demanding improved curricula and new updated history textbooks,” said Nayla Hamadeh, President of the Lebanese Association for History. “Lebanon has failed to issue a post-war curriculum despite many attempts. We have been building teachers’ capacity to include the civil war through research projects or individually designed lessons. However, while this process was very well received by the ministry, schools, and students, the process of developing a curriculum has remained frozen.”

The rights of people with physical disabilities, among others, have been neglected in the decades since the end of the war, often overshadowed by other priorities. The government’s treatment of the war’s physically disabled is enmeshed with the government’s general approach to people with disabilities. The government does not provide targeted services to the war’s disabled and offers hardly any services that address the psychosocial repercussions of the war. People with physical disabilities were among the many who turned out to protest and demand that government ratify the Convention on the Rights of Persons with Disabilities and finally take up Law 220/2000, which secures basic rights for the disabled, give it practical application, and implement it.

Amidst the demonstrations, parliament included a draft general amnesty law in its agenda for discussion, as if to show how little the state cared to address the protesters’ many demands, particularly those related to accountability. The failure to hold perpetrators accountable after the war already left victims bereft of their right to justice and has contributed to the lack of trust in state institutions. Although the approval of the new amnesty law would mean the release of some people who have been unjustly punished and imprisoned, it would also mean pardoning politicians and criminals convicted or suspected of involvement in corruption.

The persistence of injustice in Lebanon aggravates existing social tensions and instability and has contributed to the most serious political and economic crisis since the end of the civil war. The unified masses in the streets are making clear that attempts by political leaders to sow division along sectarian lines are unacceptable. The challenge now is to keep up the momentum and to prove the Lebanese people have learned from their violent past that sectarianism is bad for everyone. Nothing short of comprehensive political, social, economic, and cultural change that addresses both the current crisis and the many root causes and past grievances will satisfy people’s demands for a better Lebanon and a more hopeful future.

PHOTO: Protesters hold a sign that reads "No to a Sectarian System, Lebanese University Students" during mass demonstrations in Beirut in 2019. (ICTJ/Firas BouZeineddine)