ICTJ is deeply saddened by the death of Guatemalan Supreme Court Justice Doctor Cesar Barrientos Pellecer, this past March 2. Guatemala has lost one of its greatest crusaders against impunity in the country. 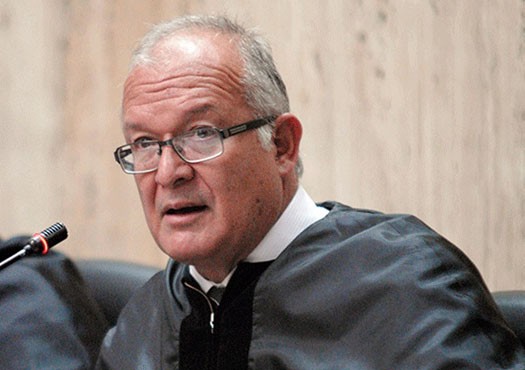 The International Center for Transitional Justice is deeply saddened by the death of Guatemalan Supreme Court Justice Doctor Cesar Barrientos Pellecer, this past March 2. Guatemala has lost one of its greatest crusaders against impunity in the country.

“Guatemala has lost an important promoter and defender of justice. His contributions to strengthening the justice system in Guatemala over the past 20 years deserve the highest national and international recognition,” said ICTJ President David Tolbert.

“With his honesty, experience, and dedication, Justice Barrientos was a role model for justice practitioners in those countries facing the challenge of ensuring judicial independence and applying justice in cases of human rights violations.”

Throughout his career, Barrientos worked to guarantee victims’ access to justice and strengthen the independence of Guatemala’s judicial institutions. He co-authored the current Criminal Procedural Code of Guatemala, which was essential for the modernization of the justice system. During his years as director of the Judicial Training School, he coordinated the preparation of new generations of judges.

As president of the Criminal Chamber of the Supreme Court of Justice, Barrientos supported the creation and subsequent implementation of the high risk tribunals. These tribunals hear high impact cases, such as the prosecution of military commanders accused of committing crimes against humanity during the armed conflict, including the genocide trial against former head of state Efrain Rios Montt. Barrientos worked diligently to ensure the independence and effective operation of these tribunals.

Justice Barrientos was always concerned for the welfare of the operators of the Guatemalan justice system and understood the risks and limitations that they face on a daily basis. “Both prosecutors and justices are very alone, very unprotected,” explained Barrientos in an interview with ICTJ last year, “they do not have the tools or the means to work, nor the conditions to do so; there is an extreme lack of protection against the threats and pressures, and there are very real and significant risks for those who work in the administration of justice.”

Dr. Barrientos was one of the great human rights defenders in Guatemala, including in cases of violations of international law. He consistently referred to the decisions of the Inter-American Court of Human Rights and worked to ensure their full implementation in the country.

ICTJ had the honor of exchanging experiences and knowledge with Dr. Barrientos on several occasions, in particular during his participation in the high level conference on complementarity celebrated in December 2011, at the Greentree Estate in Manhasset, New York, United States. We will always remember his legacy as well as his spirit and determination to improve and strengthen the rule of law in Guatemala, which were reflected in his words: “We hope that the experiences of the past will guarantee that these types of crimes will never again be committed and that all governments will proceed in accordance with international human rights standards.”

Listen to an interview (in Spanish) with Justice Barrientos here