Reparations and Displacement in Peru 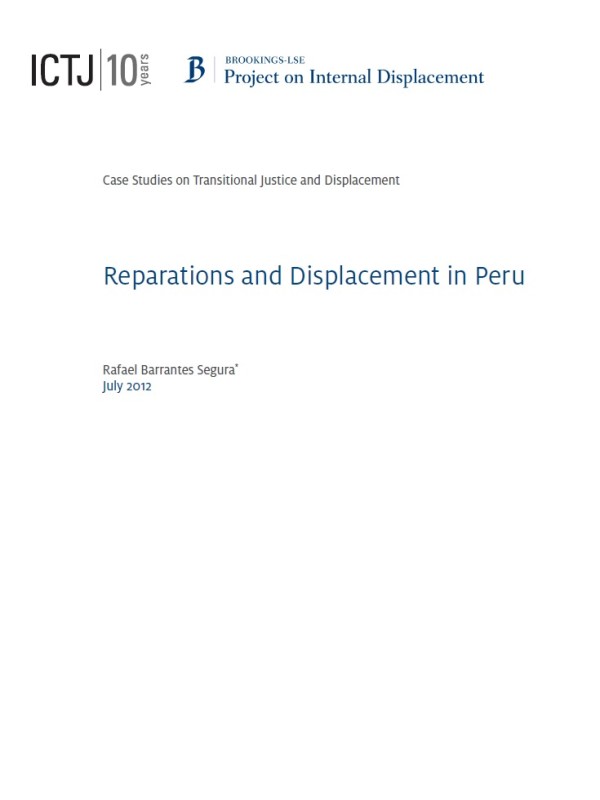 The reparations policy for victims of Peru’s internal armed conflict, which lasted from 1980 to 2000, includes the internally displaced population among its beneficiaries under the Official Register of Victims. However, displaced persons are given lower priority than the other categories of victims also included in the program, such as those who were killed or who suffered disappearance, torture, or other types of attacks on the right to physical well-being and life. This paper analyzes the development of this reparations policy in each of its stages: agenda, program, design, management, and evaluation. It describes the development of the policy in relation to the political situation, the armed conflict, and the transition process that began with the new millennium.