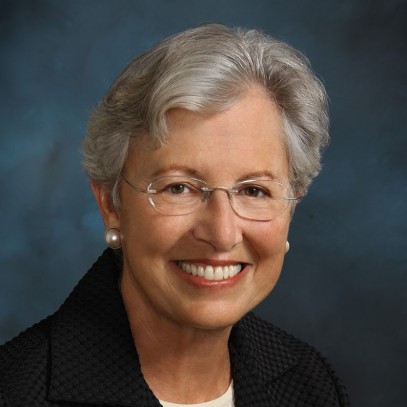 Joan E. Spero is an expert in international political economy. Her wide-ranging career has spanned academia, government, the corporate world and the philanthropic sector. Ms. Spero’s book The Politics of International Economic Relations, first published in 1977, is currently in its 7 th edition and has been translated into numerous languages, most recently a Chinese language volume in 2019. She is also the author of The Failure of the Franklin National Bank originally published in 1980 and reprinted in 1999 as well as New World, New Deal: A Democratic Approach to Globalization (2000), The Global Role of U.S. Foundations (2010), and Charity and Philanthropy in Russia, China, India, and Brazil (2014).

From 2011 to 2018, Ms. Spero was a Senior Research Scholar at Columbia University’s School of International and Public Affairs, where she researched and wrote about international philanthropy and its role in the global system. From 2009 to 2010, Ms. Spero was a Visiting Scholar at the Foundation Center, where she conducted research on the role of American private foundations in U.S. foreign policy and in the global system. From 1997 to 2008, Ms. Spero served as President of the Doris Duke Charitable Foundation. As the founding president of the $2.5 billion dollar foundation, she worked closely with the trustees to develop grant strategies in medical research, performing arts, environmental preservation, child well-being, and building bridges between the Muslim and non-Muslim communities. Ms. Spero also served as founding President of the Duke Farms Foundation, a 2,700-acre property in New Jersey devoted to environmental stewardship, and the Doris Duke Foundation for Islamic Art, whose mission is the study and understanding of Islamic arts and culture.

From 1993 to 1997, Ms. Spero served in the U.S. Department of State as Undersecretary for Economic, Business, and Agricultural Affairs. She was the senior economic official in the Department of State and advised Secretary of State Warren Christopher and President William J. Clinton on U.S. foreign economic policy. During her tenure, Ms. Spero developed, negotiated and implemented new U.S. regional strategies in Asia, Latin America and Europe, and led U.S. economic policy in the Middle East. From 1981 to 1993, Joan Spero held several positions at American Express Company, the last being Executive Vice President, Corporate Affairs and Communications. She was Ambassador to the United Nations for Economic and Social Affairs from 1980 to 1981 and an Assistant Professor at Columbia University from 1973 to 1979. Ms. Spero graduated Phi Beta Kappa from the University of Wisconsin and holds a master’s degree in international affairs and a doctorate in political science from Columbia University. She also studied at the Institut d’Études Politiques in Paris and is fluent in French. Currently, Ms. Spero is a member of the American Academy of Diplomacy, the American Philosophical Society, the Century Association, the Council of American Ambassadors, the Council of Chief Executives and the Council on Foreign Relations where she served on the Board of Directors from 2001 to 2011. In addition to her role as co-chair of the Board of Directors of the International Center for Transitional Justice, Joan serves as a Trustee of the Wisconsin Alumni Research Foundation and is a Trustee Emeritus of Columbia University, Amherst College, and the Brookings Institution. Ms. Spero recently concluded her tenure as a Director of Citigroup, IBM and International Paper and previously served as a director of ING, First Data Corporation, Delta Airlines, and Hercules.