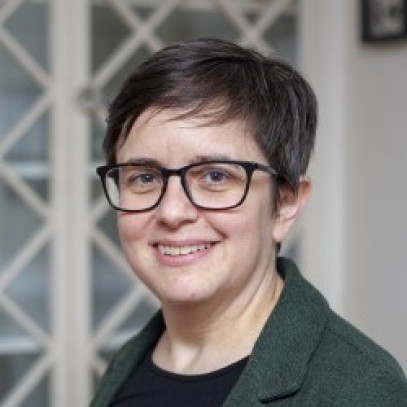 Kelli Muddell is Director of the Gender Justice Program (GJP) at the International Center for Transitional Justice (ICTJ). She has been with ICTJ since it opened its doors in March 2001, and with the GJP since it was created in 2005. With the GJP, Kelli has provided technical assistance to women’s groups and policymakers in over 15 countries on how to design and implement transitional justice measures in ways that address gender-based violence and are responsive to the gendered consequences of human rights violations. These countries have included Tunisia, Nepal, Uganda, Sierra Leone, Colombia, Israel and the Occupied Territories of Palestine. Kelli has conducted and overseen research projects which have contributed to expanding the way in which transitional justice as a field has conceptualized gender issues and conflict related harms. These topics have included how transitional justice mechanisms have failed to address the targeting of sexual minorities during periods of conflict; the ways in which measures of truth, acknowledgement, redress and reform have grappled with sexual violence against men and boys; and the gendered consequences of the crime of enforced disappearance. She has an M.A. in International Political Economy and Development with a concentration in Development Studies from Fordham University.