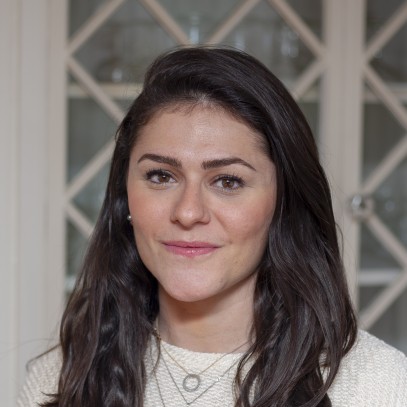 Nousha Kabawat is ICTJ's Special Coordinator for Syria. Nousha has implemented trainings for Syrian activists in Amman, Beirut, and Istanbul in conflict resolution, negotiation, civil society building, and transitional justice. Nousha has served as the program officer for Syria at the Center for World Religions, Diplomacy, and Conflict Resolution at George Mason University and the project coordinator for Syria at Search for Common Ground Lebanon and has worked as an associate producer for Frontline’s Emmy nominated documentary “Inside Assad’s Syria.” In 2013, she founded an organization called Project Amal ou Salam that works with refugee children in Turkey, Jordan, Lebanon, and Syria to empower the future leaders of Syria through education, intervention, and trauma-based care. Their work has given over 7000 Syrian children educational opportunities. Her work has been recognized by the United States Institute of Peace and featured in National Geographic, BBC News, USA Today, and the Peace and Conflict Monitor. She holds a master’s degree in Conflict Analysis and Resolution from George Mason University and a graduate certificate in Global Journalism from the University of Toronto.