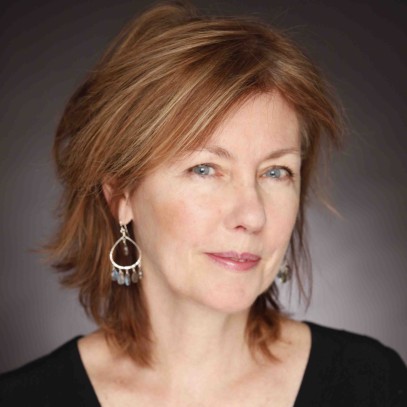 Hogan’s recent film Looks Like Laury Sounds Like Laury was hailed as one of “The Best TV Shows of 2015” by The New York Times. She was Co-creator and Executive Producer of the groundbreaking PBS series Women War & Peace, for which she directed the episode I Came to Testify about the Bosnian women who changed international law by testifying about wartime rape for the first time in history. Seen by 12 million viewers on U.S. television, the films won the Overseas Press Clubs’ Edward R. Murrow Award for best TV documentary on international affairs and Robert Spiers Benjamin Award for best reporting in any medium on Latin America, as well a Television Academy Honor; and Hogan’s I Came to Testify was awarded the ABA’s Silver Gavel for excellence in fostering the American public’s understanding of law.

She was formerly Executive Producer of PBS’s acclaimed international affairs series Wide Angle, working closely with global filmmakers on over 70 hours of character-driven documentaries illuminating under-reported stories. While there she originated and shaped development of the Emmy-winning Ladies First, about women’s leadership in post-genocide Rwanda; and she launched Time for School, following the lives of 7 children in 7 countries who are fighting against the odds to stay in school (Gabriel Award, Overseas Press Club citation, IDA nominee).

She has produced for Bill Moyers, directed international co-productions for National Geographic Television, and was Field Producer of NBC’s Peabody award-winning To Be an American, about a Cambodian family’s first year in the U.S. after fleeing the Khmer Rouge.

Hogan is an honoree of the National Council for Research on Women’s Making a Difference for Women award. Her speaking engagements include the White House, the United States Institute of Peace, Harvard Law School, Capitol Hill, the Asia Society, the U.N., the Council on Foreign Relations, USAID and UC Berkeley Law School. A graduate of Harvard University, she holds a Master’s in Journalism from Columbia University where she is an adjunct professor in the Master’s Documentary Program.

She is currently directing an independent feature documentary about the women of Iceland.