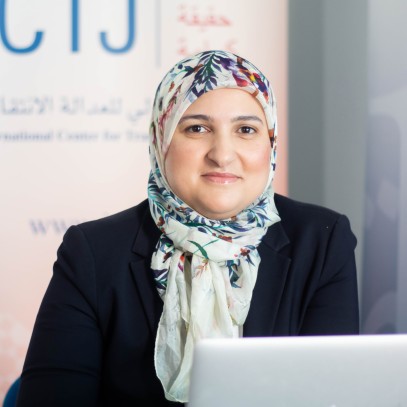 Reem El Gantri is the head of ICTJ's Libya Program. She is an expert in human rights and transitional justice with an extensive knowledge of the MENA region. Through the different positions she held, she provided technical advice and strategic support to various stakeholders, mainly truth commissions, civil society organizations and victims groups in the field of transitional justice.

Prior to this position, she was the Director of the Gender Program at Impunity Watch working on research focusing on sexual and gender based violence and masculinities within ongoing and post conflict countries. Before that, Reem worked for ICTJ and lead the organization offices in Tunisia (2011-2015) and Nepal (2016) where she contributed with strategic advice and accompanied the design and birth of transitional justice processes besides the continuous follow up and monitoring of truth commissions and different protagonists in both countries. In 2017, she co-authored the ICTJ report, "Not Without Dignity: Views of Syrian Refugees in Lebanon on Displacement, Conditions of Return, and Coexistence."

Right after Tunisia’s 2011 revolution, Reem worked at the International Foundation for Electoral Systems on initiatives to ensure fairness and transparency in Tunisia’s first democratic elections (2011).

Reem has a master degree in Public Law from the University of Law and Political Sciences of Tunis and obtained a degree from the International Academy of Constitutional Law.