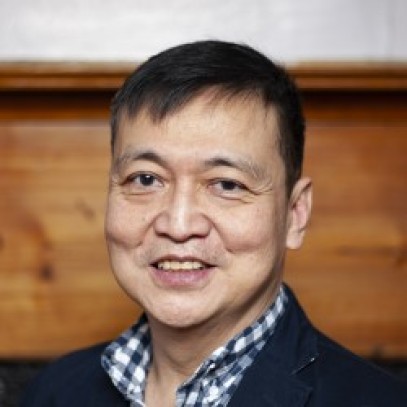 He currently works with victims’ communities and reparations policymakers in Nepal, Timor-Leste, Indonesia, the Philippines, Iraq, Palestine, Liberia, Ghana, South Africa, and Kenya. He also provides advice on issues involving reparations and war crimes tribunals including the Extraordinary Chambers in the Courts of Cambodia (ECCC) and the International Criminal Court (ICC).

From 2001–2004, he was the commissioner in charge of litigation and investigation in the Philippine commission that successfully recovered $680 Million in ill-gotten assets of the family of Ferdinand Marcos hidden in banks in Switzerland, the U.S. and other foreign countries. He concurrently served in the UN Ad Hoc Committee that drafted the 2003 UN Convention Against Corruption. He was involved in litigation against the Marcos family filed in the U.S. by victims of human rights violations of the Marcos dictatorship based on the Alien Tort Claims Act (ATCA). He worked with civil society on proposed reparations measures for victims of the Marcos dictatorship and counseled families of the disappeared, former political detainees and other victims groups.

From 1998–2000, he was an assistant secretary of national defense in the Philippines, where he developed his expertise in security, peacebuilding and conflict issues in Asia, including those involving China, Japan and members of the Association of Southeast Asian Nations (ASEAN). He has done significant research, writing and field work on the relationship among transitional justice, corruption, and economic crimes.