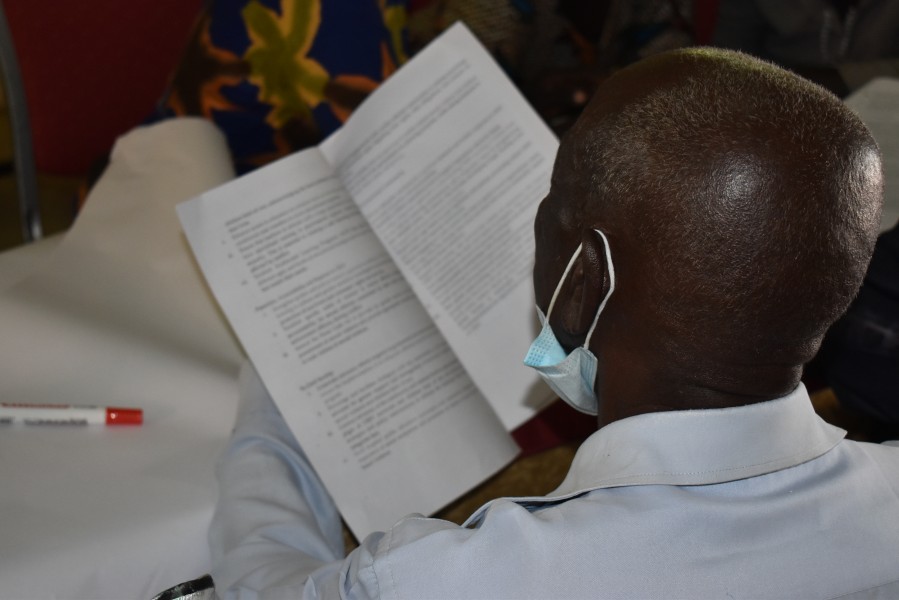 Kampala, October 17, 2022—Sixteen years after the decades-long conflict between the Ugandan government and the rebel group the Lord’s Resistance Army (LRA) ended, victims continue to grapple with its persistent effects. Victims of conflict-related sexual violence (CRSV) and children born of war, in particular, face enormous barriers to social and economic well-being.

On October 18, the International Center for Transitional Justice (ICTJ), in collaboration with the Women’s Advocacy Network (WAN) and the Global Survivors Fund (GSF), will release a new research report, We Cannot Survive on Promises Alone: Uganda Study on Opportunities for Reparations for Survivors of Conflict-Related Sexual Violence. The report presents findings from a recent study conducted by the three organizations assessing the reparative justice needs of CRSV victims in Uganda.

During the conflict, which took place in Northern Uganda from 1987 to 2006, the LRA systematically abducted more than 25,000 women and girls, primarily between the ages of 10 and 18 years, forcing them into marriage and sexual slavery. Many became pregnant, resulting in thousands of children born of wartime rape.

The study collects and unpacks victims’ perspectives on and expectations for reparations and interim assistance, in an effort to inform and advance a long-sought national, comprehensive reparations program. As part of a multi-country research project, it also offers practical, concrete, and context-specific recommendations to policymakers and other relevant actors at both the national and global levels on the design and delivery of victim-centered reparations.

The study is based on field research involving interviews and focus group discussions with survivors, policymakers, local government officials, traditional leaders, and civil society actors,  as well as extensive desk research examining the nature and scope of the sexual violence crimes committed during the conflict and the lasting harms they caused to victims. The researchers reviewed previous reports from civil society organizations, domestic and international legal instruments, policy documents, judicial decisions, and academic commentary to present a complete picture of the legal and policy frameworks for awarding reparations; the existing gaps and opportunities for providing reparations; and the social, cultural, and political factors that should be considered when designing and delivering reparations to victims.

“Uganda must repair the harm suffered by survivors, without question,” explained ICTJ Head of Office for Uganda Sarah Kihika Kasande and coauthor of the report. “However, we must go further and catalyze long-term transformation of gender norms and practices to advance gender equality and inclusion.”

The study shows that little had been done in Uganda to address the enduring consequences of these crimes and the needs of victims. It found that, while reparations are critical to victims’ healing and reintegration into society, the government has failed to provide any form of repair or interim relief to CRSV victims that might help redress the harms they suffered.

The report calls on the Ugandan government and all stakeholders take urgent action to implement a comprehensive reparations program that guarantees CRSV victim receive adequate, appropriate, and timely repair. “It is time to move from rhetoric to action,” asserted Marianne Akumu, ICTJ Program Officer for Uganda and coauthor of the report. “Victims know what they need in order for their lives to be transformed, therefore they have to be full and equal participants in any of these processes.”

PHOTO: A survivor reads a summary of the study's findings. (ICTJ)