Understanding the Principle of Complementarity in Côte d’Ivoire

Complementarity is an essential tool in the fight against impunity - by working together, national courts and the ICC can seek justice for the worst crimes. But how is the fight against impunity playing out in Côte d’Ivoire? And how exactly can the Ivorian judiciary and the ICC ensure justice in CDI? A new review of our Handbook on Complementarity examines those questions and assesses how the Handbook can be used in his country. 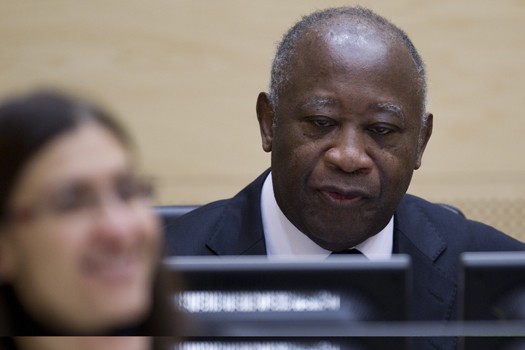 By Traoré Drissa, Vice President of the International Federation of the Human Rights League

Strengthening national judicial systems is key to winning the fight against impunity and preventing the most serious crimes —genocide, crimes against humanity, and war crimes. It is for this reason that the International Criminal Court (ICC) was created.

A booklet recently published by the International Center for Transitional Justice (ICTJ), The Handbook on Complementarity: An Introduction to the Role of National Courts and the ICC in Prosecuting International Crimes, helps professionals and those less experienced in international criminal law to understand the functions of the ICC, in particular its relationship to national courts in the fight against impunity.

The handbook helps readers to go beyond some of the current polemics and misunderstandings about the court, including the charge leveled by some African states that it is a “neocolonial” tool of western domination. It explains that the ICC, as a body meant to fight impunity, only assumes jurisdiction (or competency) over crimes by reason of the failure of national courts to take them on. That is, if national courts do their job, the ICC does not intervene.

Experimenting with Modes of International Justice: From Ad Hoc Courts to the ICC

One must remember that international conflicts, internal conflicts, and asymmetrical conflicts (like terrorism) have led to experiments with different modes of justice. Several ad hoc tribunals and special tribunals have been set up in the last century. We have seen tribunals in Nuremberg and Tokyo after World War II, the International Criminal Tribunal for Rwanda (ICTR) and one for the former Yugoslavia after the genocides in those two countries, the Special Court for Sierra Leone, and recently the Extraordinary African Chambers established by the African Union within the courts of Senegal to try former Chadian President Hissène Habré.

The peculiarity shared by these ad hoc courts is that they were all established after the fact to deal with serious crimes that had been committed. Additionally, these courts were given primacy over the relevant national courts — such that if both the national court and the ad hoc tribunal wanted to exercise jurisdiction simultaneously over the same crimes, the national authorities had to relinquish their primacy to investigate and prosecute.

The creation of the ICC on July 17, 1998, with the adoption of the Rome Statute (and its entry into force on July 1, 2002), represented an important innovation in the landscape of international criminal justice. For the first time there was an international criminal court whose permanent and universal role was to deter serious crimes and fight impunity through the prosecution and trial of those considered most responsible.

The difference between its jurisdiction and that of the ad hoc tribunals is its permanence and its universal and uncircumscribed role. (It has a priori competence over crimes committed in the territories of its state parties and by their nationals or if referred by the United Nations Security Council); however, the national courts maintain their primacy over the ICC. This is the principle of complementarity: that the ICC only has jurisdiction over alleged crimes if national courts lack the willingness or ability to pursue acts that fall within the state’s jurisdiction.

Thus, primacy returns to the national courts, empowering them over the ICC, which must examine the conditions of the state’s response to crimes (following the “Two-Part Process,” described in the Handbook) before assuming jurisdiction over them.

As the handbook explains, the ICC can only judge a limited number of alleged perpetrators, so the role of the national courts is essential.

The application of the complementarity principle is a topic of increasing relevance and interest in Côte d’Ivoire. Indeed, the country is emerging from a long period of sociopolitical and military unrest that exacerbated tribal and ethnic cleavages and frayed the social fabric. This included the 2010-2011 post-election violence (PEV), when an estimated 3,000 people died.

As a result, the country has found itself confronted with the prospect of having to carry out criminal proceedings for serious crimes. Yet, one of the major consequences of the crises is that the judicial system has been left in a state of collapse, promoting impunity and corruption.

Côte d’Ivoire, in its quest for stability, sustainable peace, and social cohesion, needs national justice that is reinforced by the impartial pursuit of investigations and prosecutions.

Ivorians are following developments both in the national courts and at the ICC with great interest, expressing their increasing frustration and disagreement with what they view as “victor’s justice” (pursuing suspects from only one side of the conflict).

A survey conducted by the Ivorian Coalition for the ICC (CI-CPI) on public perceptions of Ivorian national justice and international justice revealed that many respondents lacked confidence in Ivorian justice, which they consider to be biased and corrupt. The survey also revealed that Ivorians have a mixed view of the ICC. For some it is biased and influenced because it only pursues the supporters of one side; for others it has an important role to play in ending impunity.

In Côte d’Ivoire, the direct relevance of ICTJ’s Handbook will be in helping to increase knowledge and understanding of the important players in the concept of complementarity. For instance, Ivorian practitioners must understand how admissibility proceedings conducted in connection with the Ivorian situation at the ICC work, including regarding the Simone Gbagbo case (which is discussed on pages 48-49).

It must be remembered that Côte d’Ivoire, without being a party to the Rome Statute, recognized the jurisdiction of the ICC in 2003. It reaffirmed this declaration of the ICC’s competence over serious crimes committed in the country in 2010 and 2011.

Building National Capacity to Try Serious Crimes Since the PEV

The CSEI is composed of investigative judges, representatives of the parquet (public prosecutor), and judicial police officers. It was given competency, which it shares with the Military Tribunal, to prosecute, investigate and prosecute crimes committed by Ivorian soldiers during or in connection with their military service.

The CSEI’s investigations resulted in the indictment of and judgments against many alleged perpetrators of serious crimes committed in the country, including the trial of former first lady Simone Gbagbo, whose situation is emblematic of the application of complementarity.

Indeed, the CSEI began proceedings against Simone Gbagbo while she was being pursued by the ICC, which had issued an arrest warrant for her. The Ivorian authorities objected to the ICC’s jurisdiction over the alleged crimes, claiming the primacy of the Ivorian courts. However, the ICC rejected the state’s admissibility challenge, finding that Côte d’Ivoire had not proven that it was taking credible steps in regard to the charges that the ICC prosecutor had brought against her.

Still, Côte d’Ivoire does not intend to surrender Gbagbo any time soon: a trial against her for violent crimes is underway.

The Handbook could also be an important tool for Ivorian magistrates. Section 9 takes a look at the best approach for national prosecutors dealing with crimes of interest to the ICC. This is particularly true when one considers that, for the Ivorian authorities after the post-election crisis, both the recognition of the jurisdiction of the ICC and the transfer of former President Laurent Gbagbo to The Hague for trial were justified by the many challenges facing the Ivorian judicial system at the time. Among the difficulties was the near-complete destruction of the justice infrastructure during the conflict and the problem of the capacity of the Ivorian magistrates to try complex crimes, which, though they remained very well trained, had up until then no practical experience of the treatment of these types of crimes.

The Ivorian authorities in their effort to strengthen the Ivorian judicial system to handle the most serious crimes (as necessitated by the complementarity principle) have undertaken extensive reforms of its laws and criminal codes, including its criminal code of procedure.

They have integrated into the body of Ivorian laws the definitions of international crimes as set out in the Rome Statute and the rules of procedure as required, such as the imprescriptibility for such crimes.

A comprehensive overhaul of the relevant codes is still ongoing. And Côte d’Ivoire has committed to establishing a safe environment for victims and witnesses given their importance in any criminal trial. Ultimately, the principle of complementarity requires that states make efforts to adapt their national instruments to international standards, put in place mechanisms for witness and victim protections, and provide necessary training to all judicial actors. These reforms set the right conditions for the fight against impunity.

*This article was originally published on the International Justice Monitor.*