African Union Must Act to Address Impunity for International Crimes 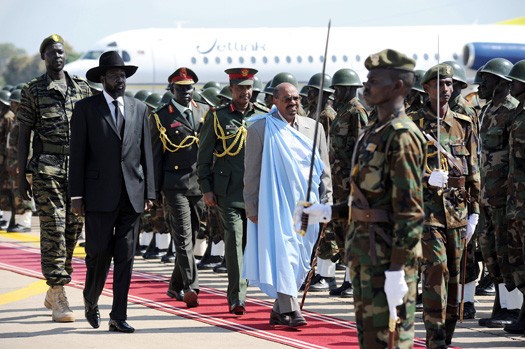 In a major effort to promote accountability for serious crimes in Africa, ICTJ joined hundreds of human rights groups and transitional justice partners to ask the African Union to prioritize justice.

Addressed to the new African Union (AU) Chairperson Dr. Nkosazana Dlamini-Zuma, the letter warns that strained relationships between the AU and the International Criminal Court (ICC) may put justice at risk.

Several points of recommendations are made, including the importance of taking account of Africa’s role in calling for ICC involvement in African countries, the importance of AU support to promote domestic capacity to prosecute serious crimes committed in violation of international law, recognizing the strong support for the ICC in Africa, expanding of the jurisdiction of the African Court, and improving communications between the AU and the ICC.

ICTJ was one of 140 groups with representation in 25 African countries to sign on.

Below is an excerpt of the letter. Full text available here

African countries have already contributed greatly to ensuring accountability for atrocities. The work of the International Criminal Tribunal for Rwanda, the Special Court for Sierra Leone, wide African membership in the International Criminal Court (ICC), and recent progress in the case of Hissène Habré are just some examples that are testament to this contribution and commitment.

However, it is notable that in recent years the relationship between the ICC and the African Union (AU) has become strained. Some AU and member state representatives have maintained a stance that the ICC is unfairly targeting Africa, and AU decisions have called for African states not to cooperate in surrender of Sudanese President Omar al-Bashir, who is sought by the ICC on charges of alleged crimes committed in Darfur, and former Libyan President Muammar Gaddafi, who was an ICC suspect prior to his death.

We believe that your role as AU Commission Chairperson provides important new opportunities for the AU to renew focus on ensuring redress for victims of serious crimes committed in violation of international law as an essential component of the AU's contribution to peace and security on the continent. In this effort, we wish to offer several observations and recommendations, which we believe will help to promote justice for the gravest violations of human rights.