Are We Still Committed To Human Rights For All? 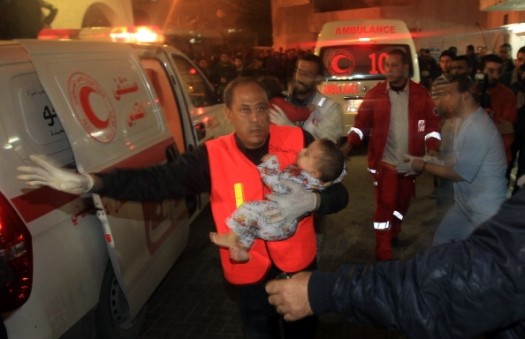 The United Nations has proclaimed December 10 as International Human Rights Day. The date commemorates the signing of the Universal Declaration of Human Rights in 1948, which represented the reaction of the international community to the horrors of the Second World War.

Today is a day for reflection more than celebration. A cursory scan of events from the last few weeks has thrown up examples that demonstrate that the belief in human rights for all - in treating all states the same - is more of a tissue-thin membrane than a robust bulwark.

The Universal Declaration was a prudent recognition that states are obliged to ensure protection of fundamental rights that guarantee freedom and dignity of individuals and groups. Perhaps even more importantly, it represents the realization that the international community is duty bound to assist in the protection of such rights.

While it would be tempting to believe that we are on a permanent road of progress towards ever greater rights-respecting societies, with an effective and consistent support from the international community, there is rather serious cause for concern.

In the context of the UN General Assembly vote on the Palestine’s observer status in the UN, we had the profoundly distasteful exhibition of double standards by France and the UK in trying to extract promises from the Palestinian leaders that they would never seek to refer Israel to the International Criminal Court (ICC). This cynical effort was led by the same parties who call daily for accountability for the Assad regime in Syria.

This is grist to the mill for all those who claim that the ICC is nothing but an instrument of western political interests and it relegates the people of Palestine to second class citizens in terms of the possible protection they can expect from the court.

If the integrity of the ICC has been tarnished by France and the UK, two key member states, the flagship of accountability set up by the UN – the International Criminal Tribunal for Former Yugoslavia (ICTY) – has been damaged by the Appeal Chamber’s decision to acquit Croatian generals Ante Gotovina and Mladen Markac. The majority of the Appeals Chamber stands accused by the minority and independent observers of distorting the findings of the Trial Chamber and of significantly reducing the degree of protection civilians can expect from attacks by combatants.

As a result, the Appeal Chamber has significantly re-written the history of the Balkan conflict, indicating that there was nothing criminal in the execution of the Croatian operation “Storm” directed against Croatian Serbs. The unreasonably inaccurate reinterpretation of expert opinions used to muddy the definition of excessive bombardment stands as a serious weakening of the very purpose of the laws of war to protect civilians from unnecessary harm.

Lastly, the recent violence in Goma in the eastern Democratic Republic of Congo (DRC), is an indictment of both president Joseph Kabila and the international community at large. In 2004, the Office of the Prosecutor of the ICC, led by Luis Moreno Ocampo, had identified Bosco Ntaganda as one of those most responsible for the commission of war crimes in the province of Ituri and to seek a warrant for his arrest.

In the years that followed, president Kabila allowed Ntaganda to freely strut around the towns of the eastern provinces, claiming it would be too destabilizing to arrest him. The international community was unwilling or unable to persuade him otherwise.

As a result there was the frequently ignominious sight of Ntaganda enjoying nightly dinners in the same restaurants where UN officials would meet. Several days ago, the “M23” militia connected to Ntaganda took Goma and demonstrated the truly feeble nature of the Congolese Army and Kabila’s government. At the same time, it undid in one violent week years of painstaking efforts to rebuild local capacities and infrastructure, as well as causing a humanitarian crisis by forcing out hundreds of thousands - again.

Fifty years ago we did not have an ICC whose States Parties could act as shamefully as the UK and France have recently. We did not have an appetite to create an institution such as the ICTY to try the crimes of the Balkan conflict of the 1990s. These examples show that while there has been progress, it will be neither inevitable nor seamless. The institutions and processes are filled, for better or worse, by human beings.

The enjoyment of fundamental human rights rests on more than accountability, but without accountability for the violations of human rights, we will see more and more cynical abuse of the very ideas that were born out of the horrors of the Second World War.

Eternal vigilance is the price of liberty. It is not enough to create the institutions that will guarantee the protection of fundamental human rights: we must, with renewed vigour, ensure that those institutions, and the states that support them, act honestly, honorably, and effectively.