From October 1 to October 5, 2018, ICTJ hosted its eleventh intensive course on transitional justice in collaboration with the International Peace Center for in Barcelona. Participants included leaders in their respective fields, including human rights law, community justice and legal services, peacebuilding, education, and humanitarian affairs. 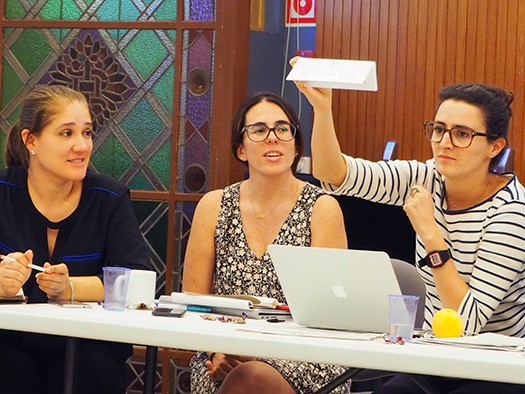 From October 1 to October 5, 2018, ICTJ hosted its eleventh intensive course on transitional justice in collaboration with the International Peace Center in Barcelona. Participants included leaders in their respective fields, including human rights law, community justice, and legal services, peacebuilding, education, and humanitarian affairs. Course presentations, led by ICTJ experts and other specialists in the field, delved into cases studies of current, recent, and paradigmatic transitional justice processes and questions of justice within a comparative context. 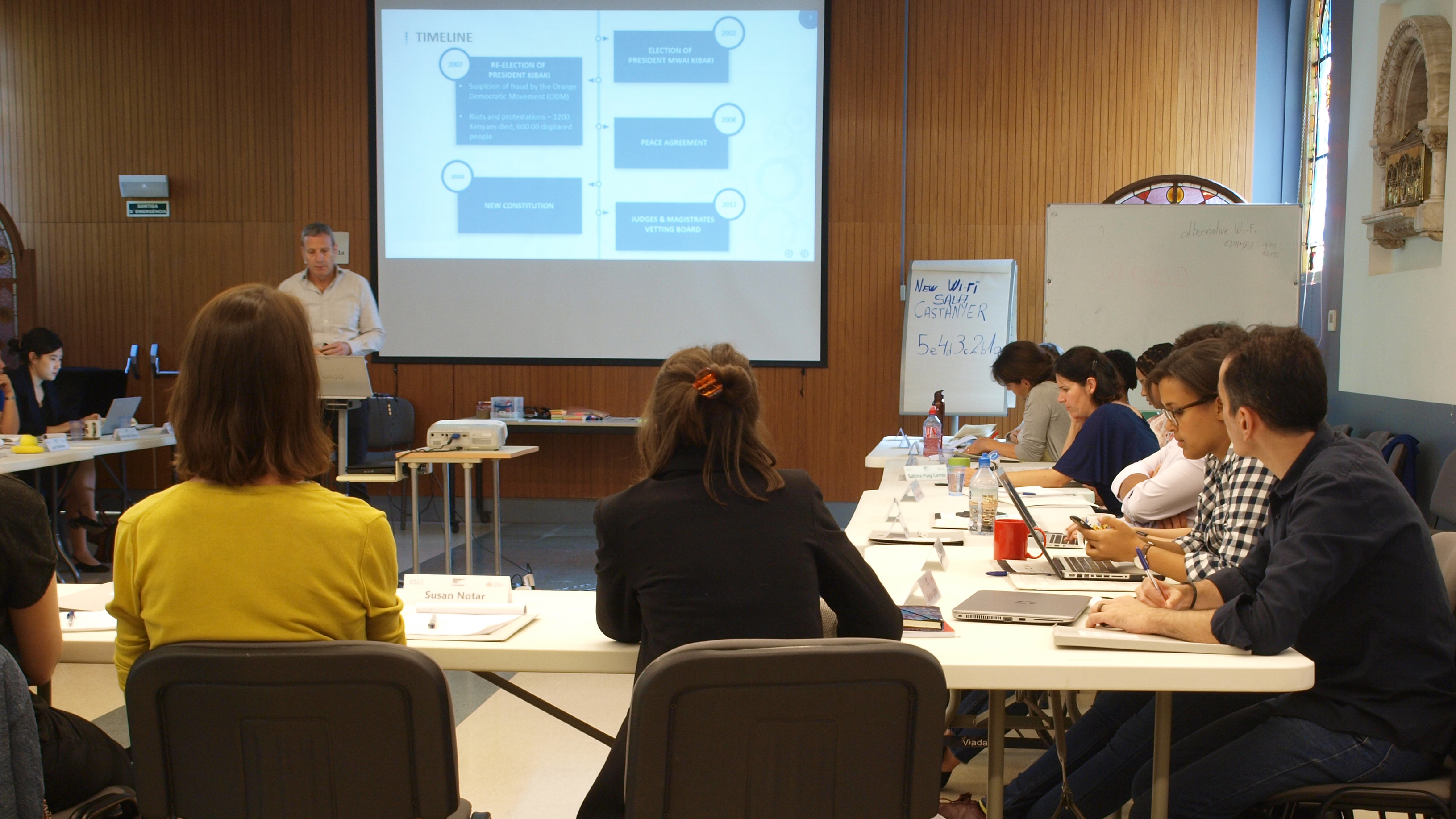 Experts and practitioners presented fifteen modules on critical issues relating to the practice of transitional justice, and its link to prevention—a theme highlighted throughout the presentations—as well as gender, political and legal reform, and the global policy context. ICTJ’s Senior Researcher Roger Duthie explored the relevance of transitional justice efforts to policy discourse and the reduction of harm within contexts of violent conflict. ICTJ’s Head of Office in Uganda Sarah Kasande spoke on the role of gender and the experiences of women in conflict. She noted that transitional justice processes must emphasize structural inequality, patterns of wrong doing, and gender norms, not only to have a transformational effect, but to prevent future reoccurrence. In another presentation highlighting the impact of civil society organizations in Zimbabwe, Kenya, and South Africa, Kasande spoke about how the witnessing and monitoring of domestic human rights situations by civil society, including the media, has contributed to the prevention of atrocities and human rights violations.

Hind Kabawat, a human rights expert who serves as the Director of the Interfaith Peacebuilding at the Centre for World Religions and Diplomacy and is also a member of the High Negotiations Committee for Syria in Geneva, focused her presentation on the grave human rights violations in Syria. Within this context, participants learned about the responses of state actors and discussed innovative approaches to achieving accountability, reparations, deterrence, institutional reform, and a historical record of violations in Syria.

Participants also benefited from expert sessions led by Maria Westergren, a Political Affairs Officer with the UN Office on Genocide Prevention and the Responsibility to Protect; Pablo de Greiff, former Special Rapporteur on the promotion of truth, justice, reparation and guarantees of non-recurrence; Marina Caparini, Senior Researcher at the Stockholm International Peace Research Institute; and Palmina Tanzarella, Professor of constitutional law at University of Milano-Bicocca.

The course concluded with reflections by former Special Rapporteur on the promotion of truth, justice, reparation and guarantees of non-recurrence Pablo de Greiff. De Greiff produced several reports during his tenure, the most recent one a joint study with the Special Adviser to the Secretary-General on the Prevention of Genocide on the contribution of transitional justice to the prevention of gross violations and abuses of human rights and serious violations of international humanitarian law, particularly to the prevention of genocide, war crimes, ethnic cleansing and crimes against humanity, and their recurrence, dated March 2018. A well-known authority in the field, De Greiff wrapped up the course reviewing current global questions and concrete country cases emphasizing the prevention role of transitional justice.

Almost all of the participants indicated that their expectations were met or exceeded by the course, according to a survey. “The course exceeded expectations,” said one practitioner. “The questioning nature, the focus on the evolution of transitional justice, and the honest criticism were helpful in facilitating learning and providing ideas on how to do better.”

All respondents reported a significant increase in understanding and knowledge, especially in regards to integration of transitional justice and conflict prevention. 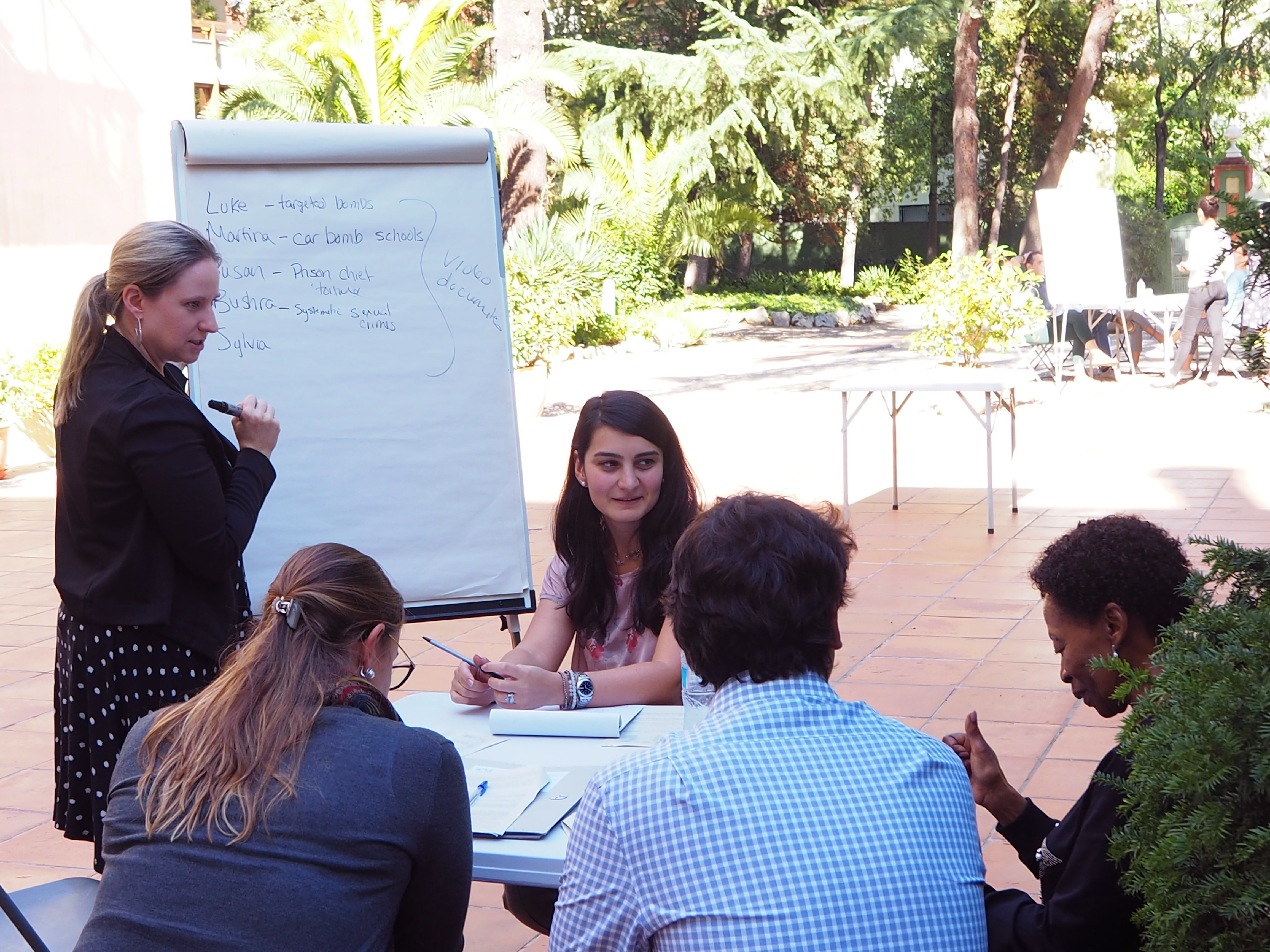 In Mexico we need…a transitional justice process in which we can respond with reparations and guarantees of non-repetition, prioritizing the areas and towns which have most suffered from conflict. We also need to take into account the cultural perspective: How can we involve all of society? How can we make this a sustainable change so we can work toward lasting and sustainable peace? This course has enlightened me in a lot of ways, but above all in knowing that we still have a lot of work to do, but are not alone in this battle.” Course Participant