Beyond Symbolism: Translating Uganda’s Transitional Justice Policy into Real Changes in the Lives of Victims

When the government of Uganda signed the Juba Agreement on Accountability and Reconciliation (AAR)  with the rebel group the Lord’s Resistance Army (LRA) in 2007, it committed to establishing concrete measures that would promote accountability, reconciliation, and justice for victims of serious human rights violations stemming from two decades of armed conflict.  More than ten years later, on June 17, 2019, Uganda’s Cabinet finally approved the long-awaited National Transitional Justice  (TJ) Policy. 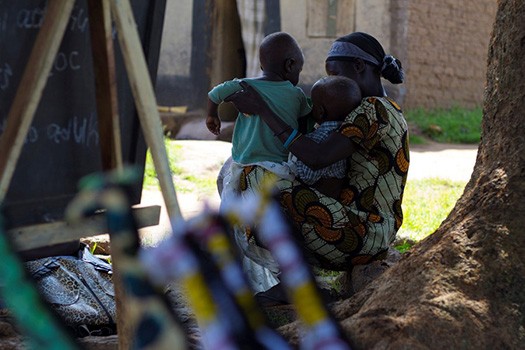 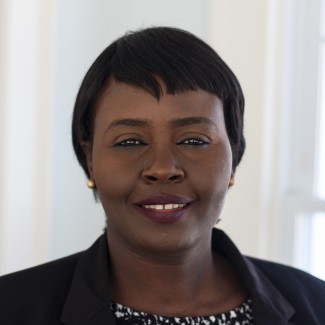 When the government of Uganda signed the Juba Agreement on Accountability and Reconciliation (AAR)  with the rebel group the Lord’s Resistance Army (LRA) in 2007, it committed to establishing concrete measures that would promote accountability, reconciliation, and justice for victims of serious human rights violations stemming from two decades of armed conflict.  More than ten years later, on June 17, 2019, Uganda’s Cabinet finally approved the long-awaited National Transitional Justice  (TJ) Policy.

According to the statement issued by government, the TJ Policy aims, among other things, to facilitate reparations processes and programs, promote reconciliation and nation-building, and address gaps in the formal justice system. It further notes that the Policy recognizes the centrality of traditional justice mechanisms in advancing accountability and reconciliation and seeks to formalize their use as alternative avenues for post-conflict justice. The approved policy has not yet been published, therefore this is not a commentary on its content.

During the decade that followed the signing of the Juba Agreement, justice has remained elusive. As the bureaucratic policy formulation processes dragged on at a snail’s pace, victims of conflict-related atrocities in Northern Uganda and across the country struggled to rebuild their lives while coping with the immediate and long-term impacts of the harms, without any public acknowledgment of their suffering.

Repeated calls for urgent relief and reparations for the most vulnerable victims, who have little means to deal with the conflict’s aftermath, have been largely ignored. Hundreds of victims are living with untreated physical and psychological wounds, war-related disability, and sexual and reproductive health complications resulting from wartime rape, missed education opportunities and loss of livelihoods. Survivors of sexual violence and children born of war continue to face enormous challenges in reintegrating into their communities, due to stigma and economic hardship. Therefore, it is imperative that the implementation of the Policy isn’t delayed any further.

Victims have waited long enough for acknowledgment and redress. The adoption of the TJ Policy raises their hopes that they will finally learn the truth and receive reparations for the terrible harms they suffered during the violent conflicts. The government should be applauded for taking a step towards providing acknowledgment and redress, dealing with past injustices, and fostering healing and reconciliation; however, given the time the government has taken to draft this policy and Uganda’s history of adopting legal frameworks that remain abstract, it should be cautioned to work diligently to translate the Policy commitments into tangible benefits in conflict-affected communities.

The TJ Policy was approved three months after the adoption by regional heads of state of the African Union Transitional Justice Policy (AUTJP).  The AUTJP – a continental approach to deal with the legacies of massive human rights violations, promote healing, and prevent the recurrence of violent conflict and repression – offers a useful framework for Uganda.

The globally accepted aims of transitional justice include restoring victims’ rights and dignity, ending impunity for serious crimes, fostering reconciliation between warring parties, catalyzing the institutional reforms needed to rebuild trust in public institutions, and ushering in the rule of law and good governance. These goals cannot be achieved if processes are selective, focusing on atrocities by one group, while ignoring violations such as torture, extrajudicial killings, forced disappearances, sexual violence, and prolonged arbitrary detention committed by those in power.

It is vital that the implementation of the Policy is driven by the rights, needs, and priorities of victims and those most affected by the conflict. Transitional justice interventions will not adequately address the systemic and structural causes of mass human rights violations if they are led by a few Kampala-based technocrats and political elites. The government must systematically include victims in discussions that lead to the enactment of robust legislation through broad-based participatory consultations with civil society, victims, women, youth, and marginalized groups that engender legitimacy and transparency, victim-led solutions, and a sense of ownership by victims.

Civil society organizations which are closely linked to the affected communities should be regarded as allies in this regard. They have a fundamental role to play in providing vital information about the context and expertise needed to operationalize transitional justice processes, as well as to create broad awareness and input across all sectors of the population.

The government should also avoid a mechanical checklist approach that is not rooted in a clear understanding of the shared experiences of victims and contextual realities. The circumstances of victims and affected communities have evolved over the years and there are emerging socio-economic issues affecting the lives of victims that were not considered during the formulation of the policy. The policy should not only address the direct human rights violations but should also examine the structural root causes and long-term impact of those violations.

The Policy should not gather dust on government shelves. It should be disseminated widely across the country to generate public debate and increase public awareness about how the processes will contribute to justice, the rule of law, and ultimately peace and stability. Nationwide support for the process will be fostered if citizens can link the fight against impunity and institutional reforms to the greater enjoyment of their fundamental rights and improved socio-economic conditions.

PHOTO: It’s extremely hard for the formerly abducted women to become economically self-sufficient. Many were not able to go back to school after they came back from captivity. Cultural traditions also play a big role – in northern Uganda women cannot own land or receive an inheritance, only men. Most women depend economically on their husbands or male family members. (Marta Martinez/ICTJ)