As the Canadian Truth and Reconciliation Commission provides its final report this week, ICTJ presents a video in culmination of our work with youth in support of the TRC over the course of its mandate. "The Truth in the Classroom" demonstrates the commitment of children and youth across Canada to engage with issues related to Indian Residential Schools and to promote education about their legacy. 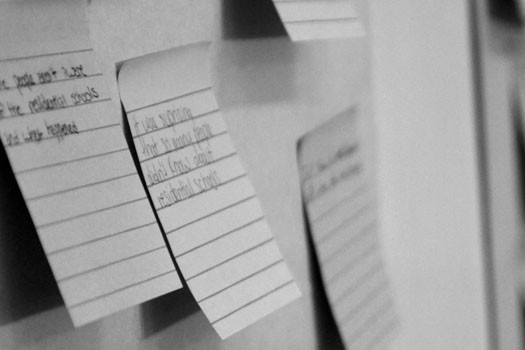 After six years of traveling around the country to major cities and remote communities across Canada to gather testimonies from survivors of Indian Residential Schools (IRS), the Truth and Reconciliation Commission of Canada (TRC) will present its final report on June 2, 2015 in its final closing ceremony. The final report reflects 6750 testimonies from survivors of a state-sponsored and church run policy by which Indigenous children were forcibly removed from their homes and sent to residential schools where they were stripped of their family, language, and culture in a system that sought to “kill the Indian in the child.”

The TRC process has provided a space for survivors of the IRS to share their testimonies of the abuse they suffered and to have it publicly and officially acknowledged. It has also revealed the extent to which the violations committed in the schools have consequences that continue to be passed on from one generation to the next. Yet many youth today, both Indigenous and non-Indigenous know or understand very little about the IRS and its legacy. If the intergenerational cycle of abuse is to be broken, and if racism based on ignorance is to be stopped, it is essential that the children and youth of today know and understand Canada’s dark history.

Since 2010, ICTJ’s Children and Youth program has worked in partnership with the TRC of Canada to promote youth participation in the TRC and to advocate for the results of the TRC’s inquiry into the IRS legacy to be shared and discussed with children and youth across Canada.

In October of 2010 and November of 2011 ICTJ partnered with the TRC to host youth retreats with small groups of high school students. Participants learned about the truth commission process in Canada, as well as the details of a residential school survivor’s experiences. The goal of these retreats was to build capacity amongst young people in Canada to engage on issues related to the Indian Residential School system, and to facilitate increased youth participation in the TRC.

Two of the participants from the first youth retreat held October 2010, produced a video, “Our Truth,” which was presented at the TRC’s National Event in Inuvik in June 2011. The reaction by both survivors and the media was strong and overwhelmingly positive. Ms. Brown and Ms. Tilden’s video presented a frank and somewhat bleak view of their peers’ attitudes towards residential school survivors, highlighting the racism endemic in their community. Their peers’ words were not softened with a diplomatic editing approach, but the bluntness of the prejudice exhibited in the video was critical to its impact. In the spring of 2012, education experts lobbying the governments of the Northwest Territories and Nunavut included this video as part of their proposed revised curriculum on Indian Residential Schools. According to a curricular development consultant who participated in these meetings, the revised curriculum was likely approved in part because of the documentary. The prejudiced views blithely stated by interviewees in the film embarrassed parents and school officials, prompting support for education reform.

The group of youth reporters from the We'koqma'q Mi'kmaw School in Nova Scotia that ICTJ supported at the Atlantic National Event in 2011 created their own their own video, “Our Legacy, Our Hope,” which debuted at a side-event during the United Nations Permanent Forum on Indigenous Issues in March 2012. The documentary was well received, with UNPFII members requesting copies of the video, and discussion of the possibility of using it as a teaching tool in secondary classrooms. At present classroom tools for teaching the Indian Residential School history and legacy do not exist despite the critical need for them.

In addition to these focused youth retreats, the TRC has undertaken significant efforts to include a broader group of children and youth in education and awareness programs involved with the TRC. Starting with the Atlantic National Event, the TRC added one full day dedicated to reaching the younger generations: “Education Day.” Since then, “Education Day” has been a core part of subsequent national events. As part of Education Day at the Saskatoon National event in June 2012, ICTJ conceptualized and co-hosted a Youth Dialogue designed to provide a forum for the voices of middle and high school students on the legacy of the IRS system in a space where their opinions and ideas would be heard and taken up by adults with the power and ability to act upon youth proposals. Student speakers called for systematic government support of native communities and noted the inefficacy of the Common Experience Payment due to the lack of programs to address legacy issues such as addiction and domestic violence. The forum provided space for youth voices to be heard and contributed to fostering exchange between youth leaders and community leaders. This model has since been replicated in each subsequent national event with the final youth forum to be held in Ottawa on June 1 2015 (the French forum will be moderated by ICTJ’s Virginie Ladisch).

At the last National Event in Edmonton Canada in March 2014, ICTJ consulted more than 100 students from four diverse high schools. The consultations focused on what students knew and wanted to know about the IRS legacy. The response was unanimous, calling for the wealth of information gathered by the TRC to be shared with the teachers and students across Canada as a basis to have an informed dialogue about the enduring impact today of IRS and what can be done to redress it. It is their voices, along with the ideas shared by youth in ICTJ’s work with them since 2011, which are captured in “The Truth in Classroom” and will be launched at the TRC closing event.

“Education is the answer, just as education was the problem,” noted Commissioner Murray in 2011. Indeed, as expressed by Andrea, a high school student in Edmonton, “We are the next generation. After 10 years we are going to be the adults, the lawyers the prime ministers. We have to know when we are young, and when we are older we can make sure this doesn’t happen.”