Cote d’Ivoire and the Pendulum of Justice 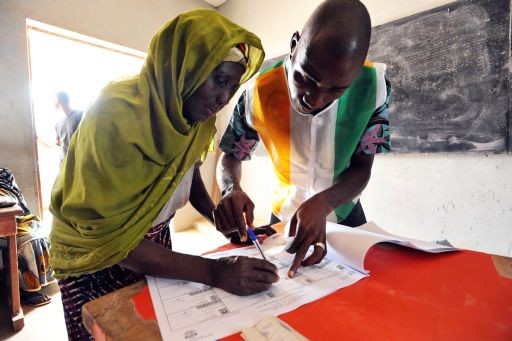 On July 17, Cote d’Ivoire will join the world to celebrate International Justice Day, commemorating the adoption of the Rome Statute of the International Criminal Court (ICC) fourteen years ago. Since its introduction in 2010, the day has underscored global efforts to achieve justice and created a platform for supporters to make their voices heard. Though not a state party to the Rome Statute, Cote d’Ivoire accepted the jurisdiction of the ICC through an ad hoc declaration in April 2003, and in December of 2010—in the wake of the post-election crisis—reaffirmed that declaration.

It has been more than one year since Cote d’Ivoire began a critical transition from a decade-long civil war that divided the country and led to widespread human rights violations, forced displacement, and loss of civilian lives and property. Following the end of the conflict in April 2011, the elected government established two investigative mechanisms and a truth commission. The Cellule Spéciale’ Enquête’ (CSE) is mandated to conduct judicial investigations into grave violations that occurred during the crisis. The Commission Nationale d’Enquete (CNE) is tasked with performing non-judicial human rights investigations into serious violations perpetrated during that period.

At the same time, following the new government’s renewed recognition of the ICC’s jurisdiction, the court by invitation commenced investigations into the post-election crisis. So far only former president Laurent Gbagbo has been indicted by the ICC and is in custody. However, the ICC Pre-Trial Chamber recently granted the Office of the Prosecutor leave to expand investigations, and it is expected that more suspects will be indicted.

For Cote d’Ivoire, the celebration of International Justice Day is therefore an opportunity to raise awareness about the tentative steps taken thus far in the fight against impunity and consolidation of peace. However, it is important to note that justice, especially for crimes of the magnitude and character of those committed in Cote d’Ivoire, is not limited to the pursuit of criminal justice. Cote d’Ivoire needs a comprehensive approach that will promote victims’ rights, and help prevent future crimes that would threaten the peace and security of the nation. A comprehensive approach comprising criminal justice, truth, reparations, and reform of institutions will recognize the rights of citizens and help consolidate peace. The decision of the new Cote d’Ivoire government to create the truth commission was therefore an expedient and welcome one.

Much remains to be done to employ and effectively manage a comprehensive response to past atrocities. The three national transitional justice mechanisms established to date have been fraught with foundational challenges. Lack of meaningful consultation by the government with victims and civil society undermined the understanding and focus of these mechanisms, as well as public confidence in them.

In order to achieve the desired outcomes of justice and sustainable peace and reconciliation, the three mechanisms must ensure their work is conducted in an equitable and independent fashion vis-à-vis all parties to the conflict. Short of such guarantees of independence, they risk undermining each other and nullifying the large investment the new government has made in establishing these three mechanisms.

Close monitoring of the mechanisms shows that the CDVR is about to move from the preparatory phase of its work to implementation stage by embarking on consultations. In order to be seen as effective and credible, it must open its doors to civil society and victims’ groups and allow for real coordination with the other mechanisms.

The CSE for its part should develop a detailed mapping of crimes perpetrated by all sides, design a proper investigative and prosecutorial strategy, and ensure prosecutions are based strongly on evidence. The CNE has finished its investigations and is currently finalizing its report. This report on its findings and recommendations should be issued not only to the president as the mandate requires, but also be made open to the public.

Further, Cote d’Ivoire needs to strengthen its reform initiatives of governance institutions, particularly the security and justice sectors through which it can guarantee past violations do not recur. The issue of reparations must also be taken seriously; available resources must be examined, and appropriate prioritization and creative planning on both material and symbolic measures must be conducted to address the rights of victims on such matters.

As we celebrate the International Justice Day therefore, it is the duty of the various transitional justice institutions to commit to ensuring the dignity of all victims in Cote d’Ivoire, regardless of their true or assumed loyalties during the conflict.

Originally published in French on Abidjan