In an Era of Social Distancing, Ugandan Activists Use Twitter to Assemble and Exchange Ideas

During this global pandemic, how do organizations such as ICTJ continue with their victim-centered and context-specific work, when their staff members cannot meet face to face with partners bilaterally, much less at organized convenings? The answer to these questions involves both rethinking how to use tools currently available and developing or finding new ones. 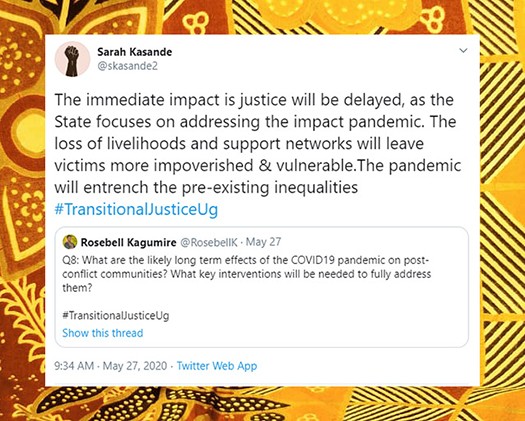 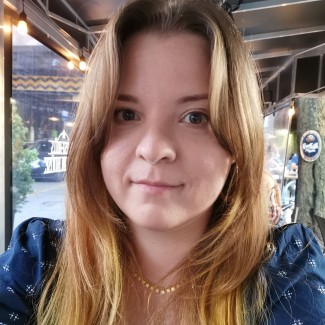 During this global pandemic, how do organizations such as ICTJ continue with their victim-centered and context-specific work, when their staff members cannot meet face to face with partners bilaterally, much less at organized convenings? How do they collect and share lessons learned from community-based organizations and victims’ groups in a meaningful way, while preventing the spread of the virus and protecting everyone’s health? How can we stay connected in this era of social distancing? The answer to these questions involves both rethinking how to use tools currently available and developing or finding new ones.

Many organizations have already begun moving workshops, meetings, and seminars from physical spaces to virtual ones, such as Zoom and other web conferencing platforms and even Facebook. Somewhat surprisingly, another platform that has proven to be effective is Twitter. Twitter has earned reputation over the years as a digital arena where users put out opinionated, even vitriolic statements with little intention to engage substantively with the audiences reading them. It has been used as a tool to spread “fake news” and misinformation, exacerbating divisions and polarizing politics. It thus might be hard to imagine Twitter offering an environment conducive to constructive dialogue. Yet, ICTJ discovered that it is indeed possible when it recently partnered with the Women’s International Peace Center (WIPC) and Trac FM in Uganda to hold a “tweet chat” on the topic of transitional justice in Uganda in the time of COVID-19. Through its own Twitter account, ICTJ was moreover able to amplify the voices of the Ugandan participants, sharing their contributions and ideas with its global following. 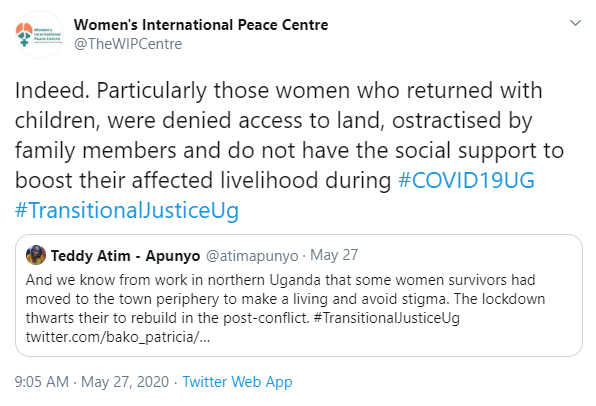 Responding to questions posed by the moderator, the panelists shed light on the current situation in Uganda and the impact of COVID-19 on society and the country’s transitional justice process. They described a reality in which the most vulnerable populations—with whom organizations such as ICTJ and WIPC work every day—are not only contracting COIVD-19 at higher rates but bearing the brunt of the economic and other consequences of the government measures put in place to ostensibly contain the virus. All the participants included the hashtag #TransitionalJusticeUG and #COVID19UG in their comments, so anyone could easily follow the conversation across multiple accounts. 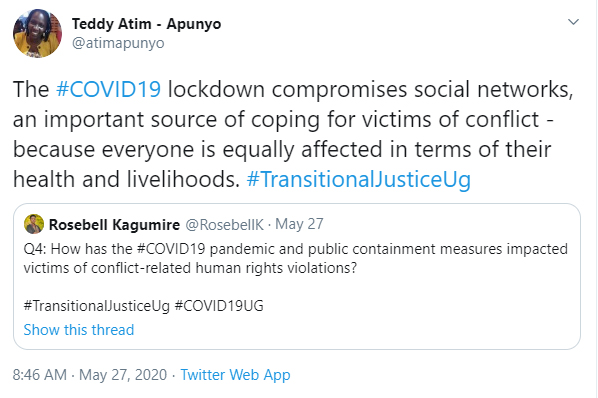 The tweet chat demonstrated how Twitter can be used to create a space where diverse actors in different locations can come together and engage in constructive dialogue. More specifically, this chat brought needed attention to topics often overlooked or given short shrift by mainstream media, as well as allowed the participants to share their knowledge and insights with a wider, more global audience. Over the course of a few hours, the panelists spoke substantively on a wide range of issues, including what transitional justice and accountability mean to Ugandans who have suffered human rights abuses, the Ugandan government’s overly militarized response to COVID-19, and the pandemic’s effects on post-conflict societies.

The chat’s organizers and participants encouraged the hundreds of people following the conversation as it happened—most of whom were from Uganda—to participate in it by leaving comments and retweeting posts. All said and done, the Twitter posts ultimately reached millions of users in Africa, Europe, North America, and elsewhere in the world. In other words, millions of people were able to learn from the participants about how the pandemic has affected Ugandan society, particularly the most vulnerable such as victims of human rights abuses in the war-affected communities in the north, and perhaps compare it with how their own societies are grappling with the crisis. The pandemic without doubt has interrupted or slowed efforts to advance truth, justice, and reparation around the globe, but it is heartening to see champions of transitional justice in Uganda innovatively use social media to continue their work.