Finding Common Ground for a Negotiated Transition in Venezuela

The political crisis in Venezuela seems to have reached a stalemate. In September, the Norway-mediated negotiations between the Maduro government and the opposition came to a halt, leaving both sides struggling for the upper hand. But since it remains difficult for either party to prevail, it is likely that this impasse is a momentary setback rather than an indication that the negotiations are defunct. 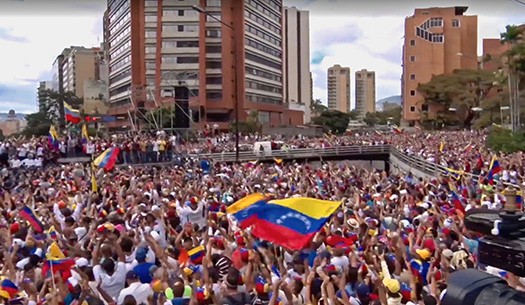 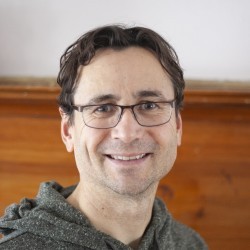 The political crisis in Venezuela seems to have reached a stalemate. In September, the Norway-mediated negotiations between the Maduro government and the opposition came to a halt, leaving both sides struggling for the upper hand. The Maduro government appears intent on dividing the opposition and strong-arming a partial agreement. But even if the government successful in doing so, it will be difficult for it achieve its major goal of lifting the sanctions. As for the opposition, it is unlikely that its calls for more street protests will lead to any new gains. Since it remains difficult for either party to prevail, it is likely that this impasse is a momentary setback rather than an indication that the negotiations are defunct.

The country’s economic crisis continues to worsen. Conditions for Venezuelans are dire — the number of people who have fled the country is nearing five million. Nevertheless, both sides are reluctant to roll up their sleeves and negotiate. Both fear and distrust one another, and the acrimony runs deep. However, fear and distrust are common in any such negotiations. To assuage them, both sides must find some common ground, and improve the mutual benefits of an agreement.

Perhaps there is no better way to find common ground than by guaranteeing that there will be room for everybody in a future Venezuela. As an important step, following the recent UN human rights report on Venezuela, the country should conduct an impartial and nationally owned investigation of both recent and past human rights violations. Such an investigation can help to establish a narrative that affirms the dignity of all Venezuelans. It has been done in other countries through a truth-seeking process that looks into the violations committed as well as the root causes of the violence. In Venezuela, an impartial and diverse group of people who able to be neutral in such a polarized context would have to lead such a process. Moreover, the process would need to examine not only past and ongoing abuses, their causes, and their consequences, but also the social and economic exclusion experienced by many communities in the pre-revolutionary period, which have paved the way for the present political crisis. Identifying the root causes of the distrust, animosity, and violence may help each group understand the fears and concerns of the others, without justifying human rights violations. An effective truth-seeking process could help define a political system, as well as social and economic ones, that are participatory and inclusive.

Civil society groups have started to discuss truth seeking, but some of those discussions have gotten stuck in trying to define specific aspects of a commission too early in the process, such as how to select commissioners. At this stage, perhaps the most important question to answer is what violations and historic injustices must a truth-seeking process in Venezuela investigate. All stakeholders — civil society groups, political actors, victims, and Venezuelans from all socioeconomic backgrounds and regions of the country — should endeavour to answer this question.

A transitional justice agenda should also include some measures to pursue criminal accountability. The scope of these measures, however, should strike a balance between the justice and leniency required to consolidate peace. Perhaps the results from the UN Human Rights Council fact-finding mission could help identify some patterns of violations that deserve criminal investigations. Although, a broader range of accountability processes should be explored.

Finally, reconstruction is desperately needed and must begin immediately after any negotiated peace. It should not be limited to infrastructure and basic services, but also encompass institutions which are at the heart of the social contract. It will not happen overnight. And it will require compromise, to ensure that all Venezuelan’s feel protected and welcomed.

PHOTO: Protesters march through the streets of Caracas on January 23, 2019. (Wikimedia Commons/Voice of America)