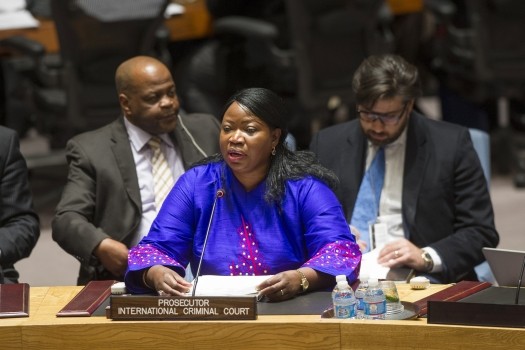 The early years of the ICC saw great debate on the meaning of the “interests of justice.” Indeed, the drafters of the Rome Statute left the concept ripe for misinterpretation. In 2007 the ICC Prosecutor tried to put to bed the notion that, however complex the ‘Peace versus Justice’ debate is, its solution does not lie in an expansive understanding of this idea. There is no prospect of this ICC policy changing now.

The tensions that existed remain. And today, just as then, it is no use trying to disguise impunity measures as justice alternatives. If we want to find ways for justice and peace to work together we need to accept that there are positive examples of this happening; that there is significant flexibility for the Court in terms of timing; and that the ICC follows in a path where the commitment against impunity was enshrined some years before by the United Nations.

The solutions require patience and respect from all sides. The ICC can continue to learn how to operate tactfully in difficult situations up to a point, but it cannot be asked to do the impossible. Much more can be learned about the timing and profile of its investigations, when to start and when to hold off. But the ICC cannot endorse impunity measures any more than others committed to the defense of human rights and the struggle for peace and justice.

In 1998 the UN Secretary-General advised his mediators not to endorse peace agreements that granted amnesty for war crimes, crimes against humanity or genocide. The move came a year after the UN Human Rights Commission adopted the Joinet Principles, which highlight the legal obligations of states to prosecute serious human rights violations, make the facts known to victims, make reparations and fix abusive institutions.

In July 1999 the Secretary General’s representative in the negotiations to end the conflict in Sierra Leone refused to endorse the amnesty provided by the Lomé Agreement. Subsequently the UN helped establish the Special Court for Sierra Leone, which prosecuted those deemed most responsible for serious crimes, including former Liberian President Charles Taylor. The peace held.

The Rome Statute did not sneak up unawares with its blunt process and idealistic vision, depriving mediators of the golden arrow in their quiver of tools. It was no outlier: it formalized standards that had already been adopted by the UN Secretary General and other UN bodies and regional human rights courts.

But it went one crucial step further – requiring that if national authorities did not do what the law required, the ICC would step in.

The poster-child for ICC flexibility is Colombia. The ICC has had the situation there under “preliminary examination” since 2004.

For ten years the Colombian authorities and others have sought to demonstrate that it would be better not to move to the next level of opening a formal ICC investigation. The ICC Prosecutor has watched carefully, made several visits and monitored legal processes, general elections, paramilitary demobilizations and peace negotiations with the FARC. All the while, the Colombian justice system has prosecuted some paramilitary leaders, hundreds of politicians and almost a thousand low- and mid-ranked soldiers involved in the murder of civilians.

Granted, Colombia is different from Sierra Leone in that it has not yet prosecuted those most responsible on the military side for serious crimes, and while FARC leadership have been prosecuted, they have not faced punishment (they were mainly prosecuted in absentia). However, it has done enough to show that it takes the issue seriously and in return the Prosecutor has shown patience and respect for national complexities. A few missteps have occurred and greater sensibility could undoubtedly be added, but on the whole it has been a remarkable process.

A more fruitful discussion might be about the nature and purpose of punishment after prosecution. There, varying practice and flexibility is clearly possible. In Northern Ireland a two-year prison sentence was deemed an acceptable punishment, even for murder, in the context of the Good Friday Agreement of 1996 – as approved by a national referendum. The ICC Prosecutor has already accepted in effect a sentence of between five and eight years imprisonment for paramilitary leaders in Colombia.

We should move away from the simplistic reliance on deterrence as the goal of punishment. The struggle is longer term and requires a consistent process of affirming values whose breach cannot be tolerated or rewarded. Precisely what kind of punishment that requires may need to be examined on a case-by-case basis.

While the court may be flexible—about its timing, the profile of investigations and punishment—we should be careful to resist the temptation to confuse flexibility with impunity. Alternatives to prosecution mean no prosecution. In whatever way those alternatives are presented, we are at best talking about conditional amnesties. The international community has been clear that, at least for the most responsible, amnesty is simply a non-starter.

Similarly the ICC Prosecutor has made it clear that the notion of the “interests of justice” will not be invoked to find ways to circumvent prosecuting those bearing the greatest responsibility for war crimes, crimes against humanity and genocide.

In 2007 the Prosecutor published a paper that put an end to confusion and indeterminacy by making it clear that, in effect, once an ICC investigation has been started there would be very little prospect of stopping it. In particular, those facing justice could not expect to trade impunity for laying down their weapons or giving up power. That message was nothing but consistent with Joinet in 1997 or with Kofi Annan in 1998. Accordingly, the Prosecutor removed the risk of ambiguity in the ICC “Peace versus Justice” debate, but not the Court’s flexibility to respond to different contexts, as the Colombian example clearly shows.

The job of peace mediators was not made easier, but much more difficult, by the accountability trend that took shape in the 1990s. It is, however, as pointless to blame the ICC for that trend as it is to try to sidestep it.

Alvaro de Soto, the distinguished UN senior diplomat, offered two golden rules for mediators in a 2002 interview: do not try to trick people and do not tell them just what they want to hear.

It is better to be able to tell alleged perpetrators the truth, even if they do not want to hear it. Better to make justice and peace work together, as they have in Colombia and Sierra Leone. Better to make mass rape, enforced disappearance, torture and murder unacceptable, even if it takes a long time, one peace process at a time.