On February 4, 2021, the prominent activist, intellectual, writer, and filmmaker Lokman Slim joined the long list of victims of violence and impunity in Lebanon. The courageous human rights and political activist was found shot to death in his car in southern Lebanon. 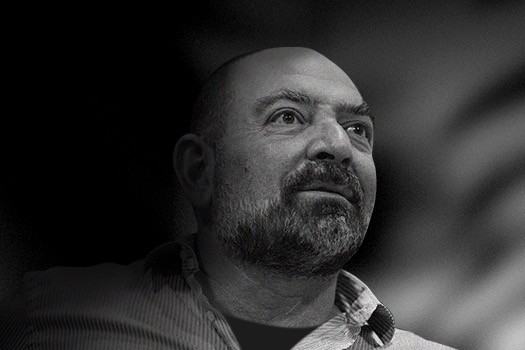 On February 4, 2021, the prominent activist, intellectual, writer, and filmmaker Lokman Slim joined the long list of victims of violence and impunity in Lebanon. The courageous human rights and political activist was found shot to death in his car in southern Lebanon.

Lokman Slim was born in 1962 in Haret Hreik, in the southern suburbs of Beirut, and moved to France in 1982 to study philosophy at the Sorbonne. Lokman returned to Beirut in 1988 and founded the publishing house Dar-al-Jadeed, which publishes works by new, established, and controversial writers.

In 2001, Lokman created the independent film company, UMAM Productions, which has produced numerous pioneering and award-winning documentary films. The film “Massaker,” for example, explored lives and motivations of six perpetrators responsible for Lebanon’s 1982 Sabra and Shatila massacres, in which some 1,000 to 3,000 Palestinian civilians, predominantly women, children and elderly people, were killed in cold blood. Co-directed by Lokman, the film won the FIPRESCI Award at the 2005 Berlin International Film Festival. Also co-directed by Lockman was the award-winning 2016 film "Tadmor," which followed 22 men as they told stories of their torture and survival in one of Syria’s most dreaded prisons.

For nearly two decades, he devoted himself to preserving the memory of the Lebanese Civil War and to raising awareness about the importance of addressing the war’s consequences. In 2004, Lokman established the nonprofit organization UMAM Documentation and Research, which aims to safeguard Lebanon’s collective memory of the civil war by maintaining a publicly accessible archive of social and political materials related to it. UMAM also organizes cultural events, including film screenings, art exhibitions, and public discussions, on the subject of memory and civil conflict.

During the 2005 parliamentary elections, Lokman launched Hayya Bina (also known as the Lebanese Association for an Inclusive Citizenship), an initiative that encourages ordinary Lebanese to get involved in the political process and to resist the culture of fear and intolerance. Hayya Bina now implements grassroots civic and advocacy projects nationwide, particularly in Shiite communities.

Throughout his life and career, Lokman tirelessly advocated for truth and justice, especially for the families of the missing and forcibly disappeared. He always stressed the importance of dealing with the past and sharing the lessons learned with younger generations as the best way to prevent violence and human rights abuses from happening again.

ICTJ partnered with UMAM Documentation and Research and Lokman in 2011 on the online wartime diary project Badna Naaref (“We Want to Know” in English), which brought together more than 100 summaries of recorded interviews with people who lived through the civil war conducted by student participants from 12 schools in and around Beirut. The project sought to raise awareness among Lebanese youth about the negative consequences of political violence. In the subsequent years, ICTJ continued to work closely with Lokman. We participated together as members of the consortium of Lebanese civil society actors that drafted the 2014 Agenda for Change and  we collaborated on the Forum for Memory and Future, which brings together civil society organizations, individuals, and academics working to help society deal with and remember past abuses and violent conflict.

Lebanese civil society, political leaders, and the general public, along with members of the international community, have unequivocally condemned Lokman’s assassination. However, his brutal murder is only the latest in long wave of assassinations of politicians, activists, and journalists that began in 2004 with the attempted murder of Marwan Hamadeh, a former minister and member of parliament, and the assassination of former Prime Minister Rafik Hariri in 2005. While it is important to denounce this horrific and cowardly act, doing so alone is not enough. Lebanese authorities must conduct an independent, impartial, and transparent investigation and bring the perpetrators to justice.

Lokman’s incisive prose, wry commentary, and wisdom inspired everyone who read his writings or heard him speak. Members of the ICTJ family and countless others in the human rights community who knew him personally and professionally are deeply saddened to lose this bulwark of Lebanese civil society. That his life was deliberately cut short by enemies of free speech and expression is a blow not only to Lebanese civil society but to human rights around the world. However, Lokman’s unwavering commitment to human dignity, freedom, sustainable peace, and the fight against impunity will always remain a source of inspiration to Lebanese people and civil society in their pursuit of justice and accountability.

PHOTO: Lokman Slim (picture here in 2012) devoted his life to defending human rights, preserving the memory of the Lebanese Civil War, and raising awareness about the importance of addressing war’s consequences.