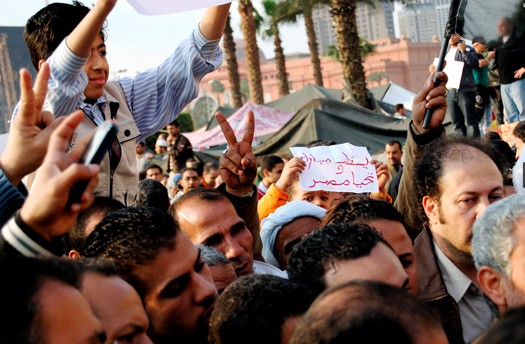 NEW YORK, March 27, 2014 – The International Center for Transitional Justice (ICTJ) has expressed deep concern over the criminal proceedings that resulted in the imposition of death sentences on 529 supporters of former President Mohamed Morsi in Egypt on Monday. The verdict, announced by a criminal court in Minya, came after a trial that lasted less than an hour, according to news reports.

Reports indicate that none of the accused or their lawyers were granted an opportunity to defend themselves against the crimes with which they were charged. In effect, the court sentenced the accused collectively without establishing individual guilt, raising serious concerns regarding the protection of their due process rights.

On Tuesday, ICTJ President David Tolbert sent a letter to Egypt’s Minister of Justice, Nayer Abdel-Moneim Othman, describing the reports on the trials as “extremely worrisome” and urging him to ensure that relevant government authorities afford the defendants all of their legal rights.

“While I respect the independence of the judiciary and the sovereign right of Egypt to try serious crimes under national criminal laws,” wrote Tolbert, “the nature and scale of the proceedings have all the hallmarks of a political trial carried out in haste with the aim of eradicating political opposition rather than establishing the guilt of perpetrators on a well-founded basis of law.”

In July 2013, the Egyptian military intervened during widespread anti-government protests that brought millions of Egyptians back into the streets after the 2011 revolution, eventually removing Morsi from power. Along with scores of senior Muslim Brotherhood leaders and thousands of his supporters, Morsi is now under arrest, charged with, among other crimes, inciting the killing of opponents, espionage, and treason.

Despite objections from Egyptian civil society groups and some in government, abuses against protesters before, during and after the uprising remain largely unpunished.

As Tolbert commented: “In times of transition, genuine approaches to accountability require credible criminal processes and the trust of citizens in judicial institutions. Courts must respect the rule of law, particularly fair trial guarantees, for all accused, whether they be supporters or opponents of the government.”