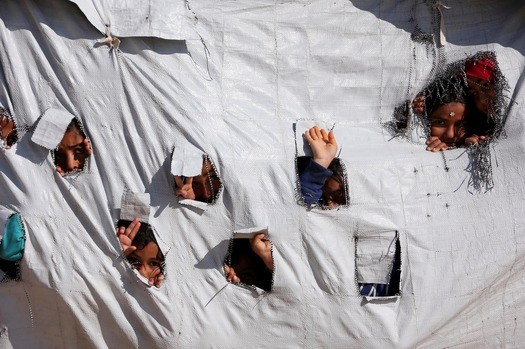 New York, December 10, 2021—In contexts such as Afghanistan, Bosnia, Chechnya, Iraq, Somalia, and Syria, hundreds, sometimes thousands, of individuals have crossed national borders to engage in violent conflicts in which serious human rights violations and mass atrocities have been committed, including by designated terrorist groups. The phenomenon presents complex challenges to local and international justice, security, and peace.

On December 13, the International Center for Transitional Justice (ICTJ) will launch “A Transitional Justice Approach to Foreign Fighters,” a new research report, during a Zoom webinar and expert discussion cohosted by the Federal Department of Foreign Affairs (FDFA) of Switzerland. The report asserts that transitional justice is critical to confronting the complex dilemmas that societies face in contexts where foreign fighters are present.

The report focuses in particular on experiences in Iraq and Syria, which have seen unprecedented numbers of foreigners travel to their territories to join the Islamic State (ISIS) and take part in a war characterized by shocking levels of brutality and violence.

“By offering strategies, insights, and lessons,” explains Cristián Correa, ICTJ Senior Program Expert and author of the report, “a transitional justice approach can help to develop a comprehensive response to the crimes committed by foreign fighters, address the needs and interests of a wide range of different stakeholders, above all victims, and facilitate long-term prevention by breaking cycles of violence and recruitment.”

The report makes recommendations for the countries of origin of foreign fighters, states affected by conflict and human rights violations and abuses, and the international community. “The study addresses the challenges and opportunities for transitional justice in contexts of terrorism and serious violations of international law,” says Stephan Husy, Ambassador-at-Large for International Counter-Terrorism at the Swiss FDFA. “It also squarely tackles the transnational dimension of the issue, in particular with regard to the so-called foreign terrorist fighters phenomenon, with proposals not only for individual states but for increased international cooperation.”

The report emphasizes the ways in which transitional justice can help governments to effectively meet their obligations to respect and guarantee human rights as a cornerstone for peacebuilding. “Transitional justice can help to center human rights obligations in responses to foreign fighters,” says Correa, “shifting the focus from security and punishment to broader notions of justice and the rule of law. This requires not only addressing the causes and consequences of crimes committed by foreign fighters, but those of violations committed by other parties to a conflict.”

A transitional justice approach includes interventions that promote accountability, truth, reparation, rehabilitation, reintegration, memorialization, and reform. The specific forms of justice that are pursued in a particular context, however, should be determined based on local and national needs, priorities, and dynamics and through processes of consultation in which victims and affected communities meaningfully participate. In all conflicts involving foreign fighters, the report concludes, a transitional justice approach can help build sustainable peace, advance justice, and promote the respect for human rights.