ICTJ welcomes the launch of Tunisia’s Truth and Dignity Commission (TDC), a momentous step in the country’s effort to establish the truth about past human rights violations. 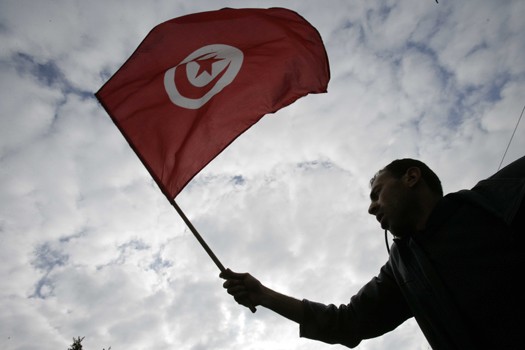 NEW YORK, June 6, 2014 – The International Center for Transitional Justice (ICTJ) welcomes the launch of Tunisia’s Truth and Dignity Commission (TDC) and considers its inauguration a significant step in the country’s effort to establish the truth about past human rights violations.

With the launch of the TDC on June 9, 2014, the country will join more than 40 other countries that have instituted truth commissions in the aftermath of massive human rights abuses.

“This is a momentous step in Tunisia’s transition and one that we firmly hope will do justice to the demands that sparked its revolution,” said David Tolbert, president of ICTJ. “While we celebrate the launch, it is worth noting that there is hard work ahead for the commissioners to ensure that the TDC accomplishes its task and is embraced by all Tunisians as a genuine effort to understand not only the nature of the past violations but also their underlying causes.”

On December 15, 2013, Tunisia’s National Constituent Assembly (NCA) ratified a comprehensive transitional justice law—the Organic Law on Establishing and Organizing Transitional Justice—which was the culmination of a broad national consultation process. In addition to other transitional justice mechanisms, the law promulgated the establishment of the Truth and Dignity Commission.

The TDC is mandated to investigate gross human rights violations that were committed by the state or those who acted in its name and under its protection, and will examine incidents from July 1, 1955, until the issuance of the transitional justice law. Its mission will extend over a term of four years that is subject to renewal for up to one year. The commission will operate out of Tunis, with the full financial and administrative independence guaranteed by the transitional justice law.

In January 2014, the NCA committee tasked with selection of the TDC’s commissioners issued a call for nominations, and in May 2014, the list of commissioners was announced. The commissioners were carefully selected to represent various groups in Tunisian society, including human rights and victims associations, and those from judicial, transitional justice, and financial backgrounds.

“We are proud to have been able to assist transitional justice efforts in Tunisia to date,” says Rim El Gantri, head of ICTJ’s Tunisia program. “ICTJ will continue to offer its help to policymakers and civil society groups through advice and information, and work towards strengthening the capacity to counter challenges on various levels, including criminal justice, truth-seeking, institutional reform, and reparations.”

The inauguration event will start at 9:30am (local time) and will open with an address from the President of the Republic of Tunisia, Mr. Moncef Marzouki, followed by speeches from other dignitaries, including UN Special Rapporteur for the promotion of truth, justice, reparations and guarantees of non-repetition, Pablo De Greiff, and the President of ICTJ, David Tolbert.

The following sessions will feature former presidents and officials of truth commissions from South Africa, Poland, Morocco, Guatemala, Kenya, and Peru, who will share relevant experiences that could inform Tunisia’s own process.

The afternoon sessions will include three workshops that aim to define the place and role of the TDC among other national transitional justice institutions, present the relationship between truth commissions and social change, and identify the role of civil society in the process.

Watch: Launch of the Truth and Dignity Commission in Tunisia