Ivory Coast: Hopes and Challenges in Addressing the Legacy of the 2010 Violence 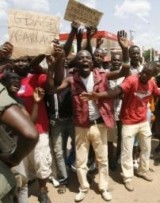 Ivory Coast has embarked on a process of addressing the legacy of internal strife that culminated in the violence following the 2010 presidential elections. There seems to be genuine political will to pursue transitional justice through criminal investigations and truth-seeking, but serious challenges remain.

The conflict in Ivory Coast has simmered for over a decade, its roots in the struggle for a successor to the first president of the country, Félix Houphouët-Boigny, who assumed the role following the country’s independence in 1960.

The first major crisis occurred in 2000 when political leaders invoked ethnicity as a political factor in an attempt to exclude the most prominent opposition leader, Alassane Ouattara, from presidential candidacy. This left the country deeply divided, and tensions endured through the next decade.

Elections finally took place in October of 2010, pitting the incumbent president Laurent Gbagbo against Ouattara in the second round of voting. Gbagbo lost the vote but refused to step down, initiating a cycle of bloody violence in which some 3,000 people died, sexual violence was rampant, and hundreds of thousands were displaced. Ultimately, the forces loyal to Ouattara succeeded in taking the capital Abidjan and ousting Gbagbo.

Following an invitation from the new government, the International Criminal Court investigated the violence. In addition, a UN commission of inquiry was established to investigate the violence and recommend possible ways to redress its consequences.

As one of his first decisions upon assuming office, President Ouattara formed the Cellule Spéciale d'Enquête, or the Special Investigative Unit under the Ministry of Justice, to examine the crimes punishable under national law—economic crimes and crimes against the state. In addition, and following the recommendation of the UN commission, Ouattara also mandated a national commission of inquiry to investigate violations of human rights committed during the post-election violence.

In addition to the two national justice instruments, the Ivory Coast also created a truth-seeking body—the National Commission for Dialogue, Truth, and Reconciliation (Commission Dialogue, Vérité et Réconciliation). Its mandate is to identify the root causes of the conflict, the acts and patterns of violations, and ways for the country to overcome these legacies through reconciliation and recognition of those who were victimized.

This makes Ivory Coast a country with one of the most active transitional justice processes underway at this time. In our latest podcast we discuss the progress and the challenges facing this process with Suliman Baldo, head of ICTJ’s Africa Program.

Listen to the podcast

TOUMODI, Cote d'Ivoire. An Ivorian riot policeman stands near opposition supporters during a protest in Toumodi, 2010. Image by © LUC GNAGO/Reuters/Corbis