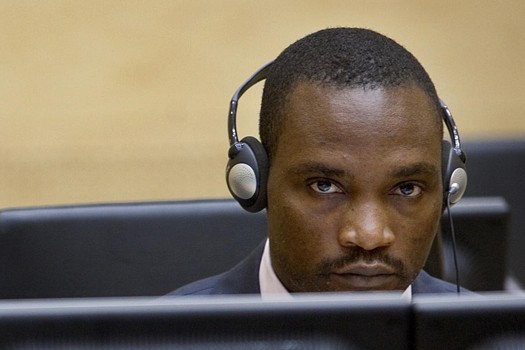 Germain Katanga, a warlord convicted by the International Criminal Court (ICC) for murder and other crimes, thought he was getting released from prison in January. But he was wrong. He had been found guilty by the ICC on charges linked to a 2003 attack on the village of Bogoro, in the eastern province of Ituri of the Democratic Republic of Congo (DRC) – and had served the end of his 12-year sentence in a Kinshasa jail, at his own request.

But DRC authorities, instead of freeing him, held him for trial on other charges that had not been dealt with by the ICC. This development represents not only yet another legal novelty for the ICC but also a potentially significant gearshift by the DRC justice system.

When President Kabila had voluntarily asked the ICC prosecutor in 2003 to look into DRC crimes, he indicated it was because conditions did not allow for DRC officials to do so. Does the decision to hold on to and prosecute Katanga indicate that those conditions have materially changed?

The judicial process in the DRC against Katanga, the former head of the Ituri Patriotic Resistance Front, required a fairly intricate legal dance between the ICC, the DRC and Katanga’s defense team. When the DRC authorities made clear what they had planned, Katanga appealed to the ICC to try to block the new trial on the grounds that it violated the conditions of his transfer to the DRC.

He argued that the DRC wanted to put him on trial for the same “type” of crimes for which he had already been convicted. The ICC said the DRC was in essence looking at different crimes and it didn’t matter at all if they were of the same general “type.”

Some might wonder if it is a smart use of the DRC’s limited resources to go after someone who the ICC has already tried and sentenced, given the huge numbers of perpetrators who have not been dealt with yet.

The presiding judge of the DRC High Military Court, General Major Bivegete, told the International Center for Transitional Justice that the decision to prosecute Katanga highlighted “the importance of re-focusing on the primacy of the national jurisdiction to prosecute international crimes rather than on the complementarity of the ICC. The focus should not be on the ICC’s role in handling these crimes, but on the DRC’s responsibility to prosecute them.”

These are significant words, not only for Katanga, or for the victims of his many alleged crimes who would not see justice without new trials: they show that a change of mindset is taking hold and that a judicial system that even 10 years ago would not be inclined to go near such a case may now have the confidence and ability to do so.

The DRC authorities’ decision regarding Katanga has nothing whatsoever to do with the idea of limiting the role of the ICC in the DRC or even withdrawal from the Rome Statute. On the contrary, it is one of the most positive indications to date of a maturing system of international justice where the ICC has played a robust and constructive role in encouraging DRC authorities to recognize and deliver on their primary duties and responsibilities.

Further, none of this suggests that the DRC judicial system is now in pristine shape. Challenges abound. Most cases of serious crimes remain in the military jurisdiction, for example. But important efforts are led by some key national authorities attempting to improve the efficiency of the national prosecution of international crimes.

For instance, in an attempt to address the backlog of cases, with ICTJ’s assistance, magistrates in Eastern DRC have identified priority cases to be tried first, based on criteria such as the gravity of the crimes, the number and vulnerability of victims, and the impact of the crimes on communities. The prioritization process was led under the authority of representatives of the highest military judicial authorities and was recently endorsed by the DRC Ministry of Justice. This prioritization has caused a shift in the dynamic, giving back ownership of investigations to the national authorities, rather than external partners, like the United Nations Organization Stabilization Mission in the DRC (MONUSCO), and has led to a relatively more proactive role on the part of magistrates, enabling greater institutional oversight of investigations and trials.

Katanga’s national trial will be judged on its fairness – as all trials should be. But the DRC government’s change in mindset, desire for national ownership of prosecutions, and practical steps to reduce backlogs and prioritize cases are all steps in the right direction.

Some will think that it has been a long time for victims to wait for justice. The crimes Katanga stands accused of were all committed over ten years ago. Some will consider justice delayed is justice denied. But bearing in mind the lack of resources and fragility of the DRC a decade ago, these steps are surely a sign of progress. Further, sometimes it will not be possible, or perhaps prudent, to go straight into criminal investigations while a war rages or in its immediate aftermath. Some delay may in fact be the best means of guaranteeing meaningful justice.

It is by building up a bank of credible cases that both national and international courts dealing with atrocious crimes will help to change attitudes of what is and is not acceptable conduct. The DRC prosecution of Katanga is an enormously welcome step on that journey of persuasion.

To learn more about complementarity and the relationship between the ICC and national authorities in the fight against impunity, check out ICTJ’s new resource for practitioners, media, and non-specialists following international criminal law, The Handbook on Complementarity: An Introduction to the Role of National Courts and the ICC in Prosecuting International Crimes.

This article was originally published in Open Democracy