After years of waiting for the government to take action by implementing the recommendations of Kenya’s Truth, Justice, and Reconciliation Commission, victims of past human rights violations and mass violence are demanding that something be done. 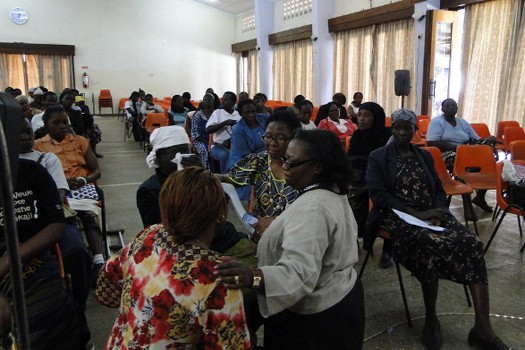 After years of waiting for the government to take action by implementing the recommendations of Kenya’s Truth, Justice, and Reconciliation Commission (TJRC), victims of past human rights violations and mass violence are demanding that something be done. The petition by the National Victims and Survivors Network (NVSN) called on Kenya’s National Assembly to formally adopt the TJRC report and pass the necessary legislation to implement the recommendations it contains.

After hearing the petition, Majority Leader Adnan Duale pledged to prioritize consideration of the Report when the Assembly reconvenes in February 2016, a victory for victims and survivors.

“The eventual tabling of the TJRC report and its adoption by the National Assembly will be welcome after a torturous two year wait by victims and survivors,” says NVSN Coordinator Wachira Waheire. “There is some light at the end of the tunnel.”

The TJRC was created after Kenya's contested 2007 presidential elections sparked mass violence, resulting in the deaths of at least 1,133 people, sexual and gender-based crimes, and thousands forcibly displaced. The commission's mandate to investigate human rights violations extended beyond that period to include ethnic violence, economic crimes, community marginalization, and other human rights violations committed in the country since 1963. Over 40,000 people testified before the TJRC.

The commission presented its report to the president in May 2013. Under Kenya's Truth, Justice, and Reconciliation Act, implementation of the recommendation was to commence immediately after consideration of the report by the National Assembly, but the Assembly has yet to take that step.

“The National Assembly’s inaction has had huge repercussions on the lives of hundreds of victims who bear the scars of past serious human rights abuse,” says Christopher Gitari, Head of ICTJ’s Kenya office. ICTJ’s Kenya program provided the NVSN with technical assistance needed to bring the petition forth to the Assembly.

In the petition, the NVSN noted that the lack of a framework for implementing the recommendations of the TJRC report has undermined victims' ability to obtain closure and restart their lives. In particular, the Assembly's inaction has prevented victims from receiving reparations. The group called on the Assembly to operationalize the National Fund on Restorative Justice announced by President Uhuru Kenyatta and ensure that the fund reflects the criteria of the TJRC's reparations framework so that reparations cover a broad range of violations and extend beyond monetary compensation.

The NVSN also urged senior public officials who lead institutions named in the TJRC report as responsible for human rights abuses to issue apologies, as did Kenyatta and Kenyan Chief Justice Willy Mutunga, and called on Kenya's attorney general to hasten the payment of compensation to victims already ordered by courts and withdraw appeals against those awards.

Having secured a pledge to consider the TJRC report, the eyes of Kenya’s victims and survivors will be on the National Assembly when it reconvenes next year, watching to see that justice will be done.