The Ongwen Verdict: A Step Closer to Acknowledgment and Justice for Victims in Northern Uganda

On February 4, 2021, the International Criminal Court issued its judgment in the case of the Prosecutor v Dominic Ongwen. The ICC found Ongwen guilty of 61 counts of crimes against humanity and war crimes committed in Northern Uganda between July 1, 2002, and December 31, 2005. The verdict recognizes the enduring impact of the crimes on the victims, their families, and Ugandan society more generally. 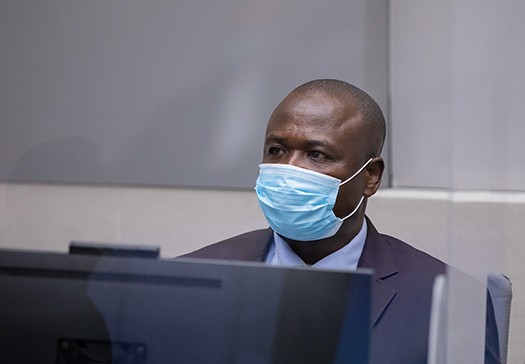 On February 4, 2021, the International Criminal Court (ICC) issued its judgment in the case of the Prosecutor v Dominic Ongwen. A former child abductee and child soldier in the Lord’s Resistance Army (LRA), a guerrilla group that formerly operated in northern Uganda, Ongwen rose through the ranks to commander of LRA’s Sinia Brigade, responsible for military strategy and reporting directlyto the group’s leader Joseph Kony. The ICC found Ongwen guilty of 61 counts of crimes against humanity and war crimes committed in Northern Uganda between July 1, 2002, and December 31, 2005. The verdict recognizes the enduring impact of the crimes committed by the LRA on the population in Northern Uganda. Specifically, for the first time since its inception, the ICC found a suspect guilty of the crime of forced pregnancy, which was a common practice used by the LRA.

It is the first ICC verdict emanating out of the situation in northern Uganda. It comes after a trial that lasted more than four years, was spread across 231 hearing days, and involved the testimony of 130 witnesses and experts, including numerous insiders, and the participation of 4,065 victims through their legal representatives. For the many victims, justice has been a long time coming, at least since January 2004 when Uganda first referred the matter to the ICC for investigation. Dominic Ongwen was charged with 70 counts of war crimes and crimes against humanity, including murder, rape, sexual slavery, forced marriage, torture, conscription, and use of children under the age of 15 in the armed conflict. These crimes were committed at Pajule internally displaced persons (IDP) camp in October 2003, Odek IDP camp in April 2004, Lukodi IDP camp in May 2004, and Abok IDP camp in June 2004.

Ongwen was found guilty as a direct perpetrator and an indirect co-perpetrator for ordering and participating in the attacks on the IDP camps. The court found that Ongwen jointly with other LRA leaders commanded LRA soldiers to carry out attacks on the camps. For instance, Ongwen together with Vincent Otti, Raska Lukwiya, Okot Odhiambo, and other LRA leaders ordered LRA soldiers to attack the Pajule IDP camp and commit other crimes including murder, torture, enslavement, outrages upon personal dignity, pillaging, and destruction of civilian property.

The ICC convicted Ongwen on all 19 counts of sexual and gender-based crimes including forced marriage, torture, rape, slavery, enslavement, forced pregnancy, and outrages upon personal dignity. The court established that Ongwen is criminally responsible for the SGBV crimes committed against the seven women who were abducted and placed in his household. He is further responsible for the SGBV crimes that soldiers subordinate to him in the Sinia Brigade committed against women and girls. The conviction on all counts of sexual violence marks a major milestone in advancing a progressive jurisprudence on gender justice and accountability for sexual crimes in contexts of armed conflict.

Ongwen was also found liable for the crime of conscripting children under the age of 15 and using them as active combatants in hostilities. As the court found, the abduction of children and their forced conscription into the Sinia Brigade “took place pursuant to a coordinated and methodical effort,” on the part of soldiers under Ongwen’s command and Ongwen himself. Although the exact number of children the LRA conscripted remains unknown, best estimates put it at more than 7,000. Worldwide, the problem of child recruitment by armed groups is a massive and growing problem. Child Soldiers International has reported a 159 percent increase in the number of children participating in armed conflict around the world  since 2012 documenting almost 30,000 verified cases of child recruitment in 2018. This verdict should thus serve as a reminder of the enormous toll this horrific crime has taken of the population in Northern Uganda. Many former child soldiers in Northern Uganda live with the lasting effects of war including physical and psychological trauma, stigma, and social rejection.

The verdict also addresses Ongwen’s dual victim-perpetrator identity, which was a key feature of public debate when Ongwen’s trial commenced. A section of the population in Northern Uganda sympathizes with Ongwen because he was abducted as a child and not protected by the government. They argue that, instead of being prosecuted, he should have been forgiven and undergone Mato Oput, a traditional justice process that would reintegrate him into the community. However, for the victims of his crimes, his own victimization does not exonerate him from accountability. In its decision, the ICC Trial Chamber acknowledged that the LRA abducted Ongwen at the age of about 9 years and that he experienced significant suffering in his childhood and youth as a result. However, Ongwen committed the crimes in question when he was adult in mid- to late-twenties and fully responsible for his actions. That said, the court did leave open the possibility that that it might weigh the impact of his victimization in childhood at the later sentencing stage.

The court rejected the two affirmative defenses of mental disease and duress that were raised by Ongwen’s legal team. The court found that the evidence presented did not prove that he had a mental disease that incapacitated him from appreciating the unlawfulness of the crimes. A former LRA fighter who testified before court described Ongwen as a serious soldier who thoroughly planned an attack in advance. In addition, expert witnesses indicated that he did not have any mental disease or disorder.

The court further determined that the evidence did not show that Ongwen was “subjected to a threat of imminent death or imminent or continuing serious bodily harm to himself or another person at the time of his conduct underlying the charged crimes.” Witness testimony revealed that Ongwen was not fully subordinate to Kony and acted independently of him. When announcing the verdict, Judge Bertram Schmitt said the defendant was not “a puppet on a string,” but rather willfully stayed in the LRA and advanced through the ranks to become one of its top commanders. The court also concluded that Ongwen willingly committed SGBV crimes in private. Therefore, the defense of duress does not apply to him.

As Judge Schmitt read out the names of the known victims of the crimes committed during the attacks on the four IDP camps, family members and survivors listening to the verdict on the radio quietly shed tears and clapped as the names of their relatives were mentioned. Naming the victims of the crimes committed in a judgment is a good practice that should be replicated in future proceedings. In doing so, the trial chamber focused attention on the victims and their suffering and went beyond establishing whether the legal threshold or burden of proof had been met to convict the perpetrator.

So far, the reaction to the verdict among victims and members of the affected communities has been mixed. For example, one of the survivors told a reporter, “we shall sleep soundly knowing at least one of our tormenters will spend time in jail without fear he will get out to come and kill us in revenge.” Another survivor welcomed the judgment but conceded that “it cannot replace the deaths we suffered.” Wives of former commanders in the LRA and other former fighters found the judgment against Ongwen unfair since abductees were “forced” to commit the same crimes as he did. Victims who participated in the trial expressed excitement about receiving reparations and an end to their long wait for compensation.

For the 4,095 victims who were allowed to participate in the proceedings and a few other eligible ones, Ongwen’s conviction means they can now look forward to reparations for the harms they suffered. However, many other victims of atrocities that fell outside the scope of this case and were committed by both the LRA and the Uganda People’s Defence Force (Uganda’s armed forces) will be excluded from the reparations process. For them, the verdict will have little impact on their lives. The court’s own independent review process estimated that over 15,000 victims were left out, an assuredly conservative number by most other measures.

The long delay in providing reparations to victims has heightened their vulnerability, a reality that has only worsened during the COVID-19 pandemic. The Ongwen verdict presents an opportunity to have an open discussion about a nuanced and multifaceted approach to justice to end the despair of victims in Northern Uganda. In addition to criminal accountability, the government of Uganda should urgently implement other transitional justice measures that will contribute to truth, acknowledgment, redress, and healing.

Dominic Ongwen listens to his guilty verdict in the ICC's Trial Chamber IX on February 4, 2021. (ICC-CPI)