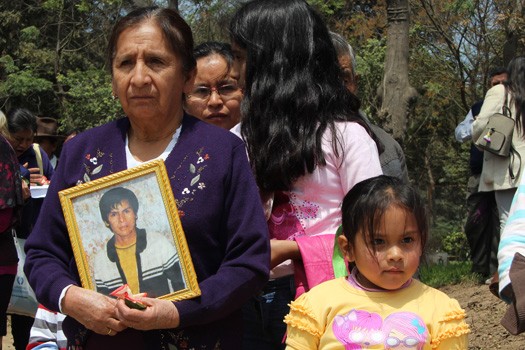 **LIMA, May 13 2016—**In a legal brief submitted last week to the Superior Court of Lima’s Northern Cone, the International Center for Transitional Justice (ICTJ) lent support to families claiming that they should be eligible for more than one compensation award if they suffered multiple human rights violations during Peru’s 1980-2000 internal armed conflict. Under the Ministry of Justice’s current interpretation of the reparations law, some victims can only receive compensation for one violation, no matter how many violations they suffered.

Peru began compensating victims of its internal armed conflict in 2006 through its Comprehensive Reparations Plan. The plan came out of the country’s Truth and Reconciliation Commission, which spent two years working to identify victims of serious crimes, assess the overall scope of the violence, and analyze its root causes. The commission also made recommendations for how to address serious violations, which included compensating victims, who are estimated to number 69,280.

The ICTJ brief was presented in a case brought forward by the Instituto de Defensa Legal, a Peruvian nongovernmental organization, and Peru’s Office of the Ombudsman (Defensoría del Pueblo), on behalf of Juvenal Mansilla Guevara and Hilda Blanca Morales Figueroa.

Mansilla Guevara and Morales Figueroa are the parents of Alexander and José Carlos Mansilla Morales, two men whose fate and whereabouts have been unknown since 1989, after they were detained by Peruvian police forces. Both men are considered victims of enforced disappearance and appear in Peru’s Unified Registry of Victims.

The Peruvian Ministry of Justice has insisted that, based on its interpretations of the law that enacted the Comprehensive Reparations Plan, the Mansilla Guevara and Morales Figueroa parents as “indirect victims” are only eligible for compensation for the enforced disappearance of one son, not both sons. In this case, the family is being denied compensation for the enforced disappearance of their elder son, José Carlos, amounting to PEN 10,000 (USD $3,100).

“Many families suffered more than one kind of violation, so a very narrow interpretation of the reparations program, like the Ministry of Justice’s, unjustly denies compensation and recognition to thousands victims,” says Cristián Correa, Senior Associate of ICTJ’s Reparative Justice Program and author of the brief. “For José Carlos Manilla Morales’s family this situation is equivalent to denying that he was forcibly disappeared.”

According to Peru’s Unified Registry of Victims, another 5,324 other victims suffered multiple violations, like the Mansilla Guevara and Morales Figueroa family, as either “direct” or “indirect” victims. They are similarly being denied appropriate compensation for the harms they suffered. Many are of advanced age.

“Excluding victims of such serious violations from receiving symbolic payment not only contradicts the principle of proportionality of reparations, but sends the wrong message to victims, that the state doesn’t recognize their suffering,” says Correa. “It contradicts one of the main goals of the reparations program, to acknowledge victims and affirm their dignity by providing modest amounts of money as compensation.”

The ICTJ brief offered the court precedents and arguments based on international law for deciding on the fair distribution of compensation to victims of serious violations of international humanitarian law and human rights committed during Peru’s internal armed conflict.

The violations covered by Peru’s compensation program are killing, enforced disappearance, and sexual violence. Those who suffered disabilities as a result of injury or torture are also eligible for compensation.

For a more complete analysis of the Peruvian reparations policy, see Reparations in Peru: From Recommendations to Implementation.

PHOTO: Families of victims of Peru's armed conflict during a gathering at the memorial "The Eye that Cries" in Lima, Peru, August 2013. (Marta Martinez/ICTJ)