The actions of the South African government, in allowing Bashir to depart, have dealt a grave blow to the rights of victims of atrocities in Darfur and to the prospects of establishing a credible system of international criminal justice through the ICC. 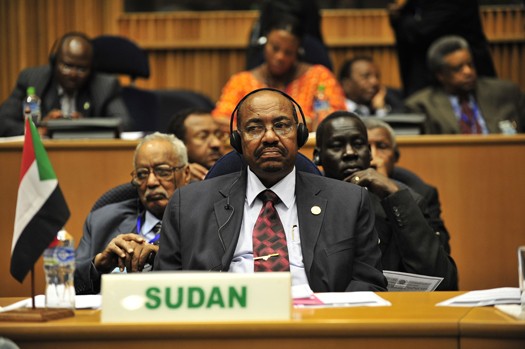 NEW YORK, June 15, 2015 – In defiance of a court order, Sudanese President Omar al-Bashir has departed from South Africa. The South African government allowed his departure, in blatant breach of its obligations under the Rome Statute of the International Criminal Court (ICC). There is now no immediate possibility of al-Bashir’s arrest and transfer to the ICC to face charges of war crimes, crimes against humanity and genocide.

“The actions of the South African government have dealt a grave blow to the rights of victims of atrocities in Darfur and to the prospects of establishing a credible system of international criminal justice through the ICC,” says David Tolbert, president of the International Center for Transitional Justice.

The action was consistent with the established tone of the African Union’s claims that the ICC is persecuting African states.

These claims ignore the fact that Uganda, the Democratic Republic of Congo, the Central African Republic, and Mali all referred the situations in their own countries to the ICC. Two different Ivorian governments confirmed the recognition of the ICC’s jurisdiction to enable it to investigate crimes alleged to have occurred in Cote d’Ivoire. The UN Security Council referred the situations of Darfur and Libya – the latter with a unanimous vote of all 15 members of the UN Security Council. Of the eight ICC situation countries, only Kenya is the subject of an investigation as a result of the ICC Prosecutor’s own initiative.

While there is no doubt that the African Union has been successful in rallying leaders of African states to decry the ICC as an instrument of neo-colonialism, the fact remains that the court has acted almost exclusively on the request of different African states themselves or the UN Security Council.

The position of the African Union, and today the decision by the South African government, present the single biggest threat to the decades-long struggle to respect the victims of human rights abuses.

“Whatever the criticisms of the efficiency and impact of the ICC, the African Union runs the risk of establishing itself as the single most effective ‘Impunity Club’ in the world, using sham arguments to screen high-level suspects and obstruct the pursuit of justice,” comments Tolbert. “It is sad that South Africa, so long seen as a global example in progress towards peace through measures of truth, justice and dignity, should undermine the cause of justice for so many victims.”

PHOTO: Omar Hassan Ahmad al-Bashir, the president of Sudan, listens to a speech during the opening of the 20th session of The New Partnership for Africa's Development in Addis Ababa, Ethiopia, Jan. 31, 2009. (Jesse B. Awalt/US Navy)