A Step Closer to Uncovering the Fate of Loved Ones: Lebanon Forms a Commission for the Missing and Forcibly Disappeared

Beirut, June 23, 2020 — Almost a year and a half after passing Law 105 for the missing and disappeared, the Lebanese government has finally appointed the members of the National Commission for the Missing and Forcibly Disappeared. ICTJ welcomes this action, which is another step closer to uncovering the fate of thousands of victims. However, the appointment of the commissioners will be meaningless, unless the government demonstrates greater commitment to addressing the families’ right to the truth and takes the necessary action to create a commission that is credible and effective. 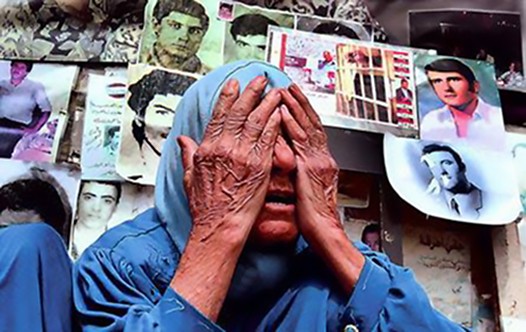 Commissioners are central to the effectiveness and credibility of any commission, and their moral authority is vital to a commission’s success. Upholding the commission’s reputation should be every commissioner’s objective. To do so, commissioners must adhere to the ethical standards enumerated in Article 13 of Law 105, and to which they swear in the oath they take before the President of the Republic. These include honesty, loyalty, independence, impartiality, and trustworthiness to ensure that justice prevails and human rights are protected and fulfilled.

Cohesion, trust, and mutual respect among commissioners is another fundamental element that determines the success or failure of a commission. “Experiences from other contexts show that internal tensions and disputes often undermine and paralyze the work of a commission,” explains ICTJ’s executive director, Fernando Travesí. “These new commissioners must be able to navigate inevitable challenges, political polarization, and resist outside pressures. This, in turn, will inspire public trust, and help facilitate cooperation among different stakeholders.”

Exercising sensitivity when dealing with victims is crucial. Commissioners should act toward victims in accordance with the principles and values of human rights. Victims must be treated with dignity, compassion, and without discrimination. The commission should always consider the rights and needs of victims and should encourage them to participate at every possible stage, while also taking care to protect their privacy and ensure their safety.

The appointment of the commissioners will be meaningless, unless the government demonstrates greater commitment to addressing the families’ right to the truth and takes the necessary action to create a commission that is credible and effective. It is of upmost importance and urgency that the government provides the necessary resources and independence for the commission to carry out its mandate successfully, impartially, and free of political interference. In 2016, ICTJ published a report that provides substantive, operational, and financial input, specific to the Lebanese context. The report is intended to serve as a reference tool for the drafting of the commission’s bylaws and operational budget.

As members of the victims’ families grow old and die, and while developers build over mass grave sites, it is more urgent than ever that there is an effective, credible, and well-funded commission to find out the truth about the fate of the victims and recover any remains and deliver them to the families. “It’s true that Lebanon today is passing through its worst economic crisis ever,” says Nour El Bejjani Noureddine, ICTJ’s Beirut-based program expert for Lebanon. “However, this commission is a purely humanitarian body meant to give answers to thousands of families who have been waiting for decades. The commission must move forward, regardless of the current crisis; we cannot wait any longer to heal their wounds.”

PHOTO: For decades, family members of the disappeared in Lebanon have been demanding to know the truth about the fate of their loved ones. (from the archives of the Committee of the Families of the Kidnapped and Missing in Lebanon)