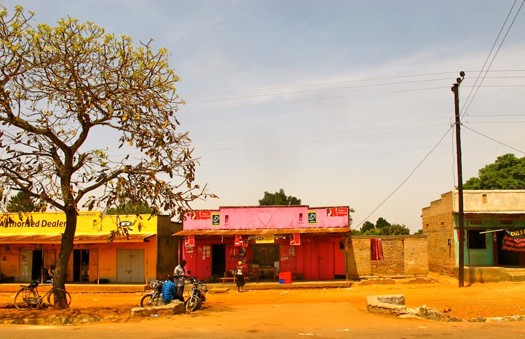 KAMPALA, June 16, 2015 – The government of Uganda has been slow to address and remedy serious human rights abuses committed against civilians throughout the country, despite its commitment under the Juba peace talks. Serious violations continue to go unacknowledged and unpunished, perpetuating a climate of impunity in the country, according to a new paper by the International Center for Transitional Justice.

The 12-page paper, On the Path to Vindicate Victims’ Rights in Uganda: Reflections on the Transitional Justice Process Since Juba, identifies several factors impeding the government’s efforts to acknowledge violations and hold perpetrators accountable. In particular, it identifies waning political support in the country, an overly bureaucratic process and a dependence on international development partners.

The protracted conflict between the government of Uganda and various armed groups has produced tens of thousands of victims. Civilians, particularly women and children, continue to suffer from the consequences of a range of violations, including murder, mutilation, rape, sexual slavery, destruction of property, and mass abductions.

Yet, since the conclusion of the Juba peace talks in 2008, no formal truth-seeking process has taken place, and victims have not received any meaningful form of compensation or symbolic reparations, like memorials or formal apologies from government officials.

“Victims continue to suffer the effects of serious violations, and many are in critical need of rehabilitation, counseling and material assistance, including with locating missing loved ones,” said Michael Otim, head of ICTJ’s office in Uganda and co-author of the paper. “The government should urgently deliver reparations to these victims as an essential step toward helping them to reclaim their dignity and rights as citizens.”

In September 2014, the government’s Transitional Justice Working Group released the latest draft of its national transitional justice policy, covering acts committed from 1986 to the present throughout the country. The policy acknowledges that reparations, among other measures, are needed to reintegrate victims back into society and to deal with issues common to post-conflict situations, such as land disputes and children born in captivity.

The transitional justice policy is still pending. And according to the paper, “Considerable resources and political will be required to successfully push it through cabinet and parliament.”

Also, given that efforts have mostly focused on atrocities committed by the Lord’s Resistance Army, led by Joseph Kony, and other insurgent groups, the paper calls on the government to ensure that transitional justice measures address violations committed by both sides in the conflict – state and non-state actors.

Further, the paper calls for Uganda’s Amnesty Act to be repealed or amended, to reinforce the Supreme Court ruling that excludes perpetrators of serious crimes, like war crimes, genocide, and crimes against humanity, from receiving amnesty.

“So far there has been no official transitional justice process that goes beyond talks and drafts,” said Sarah Kasande Kihika, associate in ICTJ’s Uganda office and co-author of the paper. “Passing the transitional justice policy without further delay would help to restore civic trust and show that the state takes seriously the violation of citizens’ rights.”

The full paper can be downloaded in English.