What future for children born of war?

ICTJ's Virginie Ladisch explores the consequences of social stigmatization and other problems facing children born of war in Uganda, Nigeria and beyond in this new op-ed. 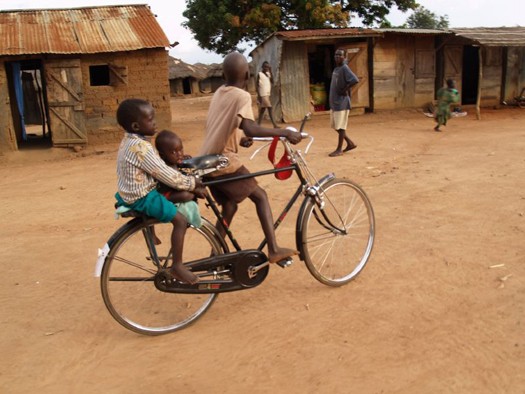 With the recent rescue of over 700 young Nigerian women abducted by Boko Haram – of whom 214 were visibly pregnant – immediate concerns over the trauma they had experienced have led to calls for psychosocial support to help them reintegrate with their communities. Yet some community members are already shunning them as ‘Boko Haram wives’. For their children, it will likely only get worse.

These children, born of war, will almost certainly face the brunt of repercussions and stigma for the rest of their lives. Even the governor of Borno State, where many of the young women were abducted, suggested that those raped by Boko Haram soldiers could give birth to future terrorists and that their children could somehow “inherit their fathers’ ideology“.

Indeed, short-term psychological support and basic supplies for returning mothers will not be enough. The challenges these young women and children face – and will face – are significant and deserve our full attention. It is instructive to look at examples from two different countries: Nigeria but also Uganda.

The Lord’s Resistance Army in Uganda

A cautionary tale highlighting the consequences of overlooking the rights of children born of war can be drawn from Northern Uganda, where the Lord’s Resistance Army (LRA) and other armed groups committed sexual and gender-based violence against thousands of young women and girls over nearly three decades, with devastating effects. As their stories reveal, their children have been rejected by their communities and denied ownership of property, education, and means to earn a living.

“My grandmother was raped [by government soldiers]. My mother was raped [by the LRA] and 3 months after I was born she died. She was HIV positive and now I am too. They call me the LRA daughter. I was supposed to be married, but the community told [the groom] I was an LRA daughter and not to marry me,” shares Acanit, a 17-year-old Ugandan girl. She nurses her three-month-old daughter while participating in a group discussion with other children born of war, which was coordinated last month by the ICTJ. She has been warned not to breastfeed for risk of passing on HIV, but she cannot afford to buy formula milk.

“They would call me ‘daughter of Kony,” echoes another young girl born of conflict in Uganda. Eighteen years old and a single mother of a one-year-old, she told of bitter discrimination at school: “[When lunch was served] even though I had paid, when it was my turn, the teacher listed all the things my ‘father’ stole (cows, crops, and so on) and said ‘you should be satisfied’ and refused to serve me.”

These young women, born in captivity or as a result of conflict-related sexual violence, continue to suffer the consequences of violations inflicted on their mothers. Many of them, such as a 19-year-old born in the bush who returned when she was six years old, worry about the future: “Because of my background I may not be given the same opportunity as other students… when the time comes for me to enroll in higher education.”

These stories have particular significance in light of emerging challenges in Nigeria. They demonstrate that it will be necessary to understand how communities perceive returning mothers and their children born of war as well as the specific obstacles the children are likely to face. There is no easy fix, but if left unaddressed, the short- and long-term consequences for victims and their children will be devastating.

Any campaign must work together with communities to devise strategies to overcome stigma, resentment, and denied access to education and land. It also needs to be linked to wider measures to address human rights violations, because, in the absence of meaningful accountability for perpetrators, the children born of war end up serving as scapegoats for unredressed grievances.

There need to be targeted interventions that address the specific needs of these children and that distinguish and respond to the distinct challenges faced by boys and girls. For example, if – as in Northern Uganda – identity and land access is determined by paternal clan, then reparations could call for special provisions to set aside parcels of land for victims of violations, or for the laws on land ownership to be revised in light of post-conflict realities. Affirmative action programmes should be instituted, giving children born of war access to education.

The conflict in northern Uganda has largely drifted out of focus, forgotten since the majority of former child soldiers were “reintegrated” in the early 2000s. Yet a decade later, its consequences persist, and the promises of accountability and reconciliation made by the government at the 2006 Juba peace talks have not been fulfilled, leaving children born of war like Acanit with little hope.

Now that the attention of international media, donors, and humanitarian aid has shifted to these young women in Nigeria, let’s take the time to consider their needs and the needs of their children. Let’s also work with receiving communities to address the violations they suffered, so that they will accept these children and give them a chance at a brighter future – one that does not repeat the cycle of violence, but where they can live in dignity, with their rights recognised and respected.

This article originally appeared on Insight on Conflict.