Women Voices from Prison: A Virtual Tour Brings to Life a Legacy of Brutal Repression in Tunisia 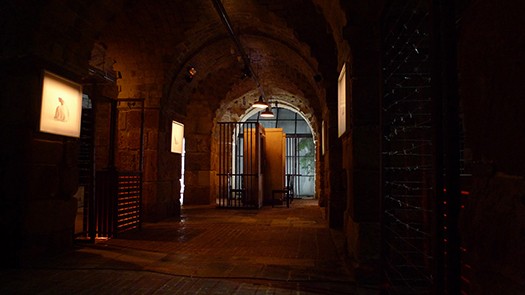 Tunis, August 12, 2020—As the world today commemorates International Youth Day and Tunisia observes it National Women’s Day on August 13, ICTJ is launching the Voices of Memory virtual tour, in partnership with the Voices of Memory Collective, an intergenerational group of Tunisian women, and the University of Birmingham. The result of a collaboration between the Voices of Memory Collective and Tunisian artists, the virtual tour allows visitors to explore and interact with an online version of the widely successful Voices of Memory exhibition that  traveled throughout Tunisia in 2018. For many young Tunisians who visited the exhibition, it was the first time they learned about the experiences of women political prisoners who were persecuted because they dared to oppose the Ben Ali dictatorship.

Two years later, with most people under lockdown because of the coronavirus pandemic, the violent murder of George Floyd by police in Minneapolis, Minnesota, captured the world’s attention and has shined the spotlight once again on enduring racism, police brutality, and the violent suppression of marginalized groups—not just in the Unites States but in countries around the globe. In this unprecedented moment of broad societal reckoning with legacies of racism and systemic human rights violations, the relevance of this exhibition cannot be overstated. It features artwork and music by Tunisian artists that reflect on the experiences of women who were imprisoned and tortured during the dictatorship, and aims to help younger generations of Tunisians understand their country’s repressive past and become engaged citizens who actively shape its present and future.  As one visitor said in 2018, “Learning about past horrible acts motivates us to wake up and fight to prevent them in the future.”

The central theme around which the exhibition was designed is the koffa, the traditional Tunisian basket used to bring food to prisoners. A symbol of love, defiance, resistance, and solidarity, the koffa provides a window into how the former regime assaulted the dignity of Tunisian citizens both inside and outside the prison.

In moving through the virtual tour, visitors are encouraged to examine the choices that push the individual or collective from hate to human rights abuses, but also from indifference to resistance. “The voices not only represent the memories of these women and revive them,” explained Dorra Ben Hassen, a middle school teacher from Jendouba, Tunisia, “but also keep us hunting through our memories and our consciousness to incite us—as teachers, students, or simply visitors—to reconsider some ideas and to dig for further information and hidden truths.”

The virtual tour brings to life the impact of imprisonment and repression on both the prisoner and their family, while also highlighting the resilience of the human spirit to find means of liberation even in the dark confines of a cage. “I am in the small prison, whereas all of you are in the bigger one,” reads one of the messages embroidered in cloth that is part of Salma Wahida’s installation. It evokes a practice used by many prisoners of the dictatorship in which they would sew secret messages in their clothes. Passed down from former prisoners, this message reminds us that as citizens we have rights, but also a responsibility to ensure these rights are respected.

From the safety of your own home, we invite you on journey through the virtual Voices of Memory exhibition and to bear witness to women’s testimonies and to share your own.

PHOTO: The Voices of Memory exhibition opened in Tunis in 2018. The new virtual tour is an interactive three-dimensional rendering of the space and works of art. (Marouen Jallouli/Museum Lab)