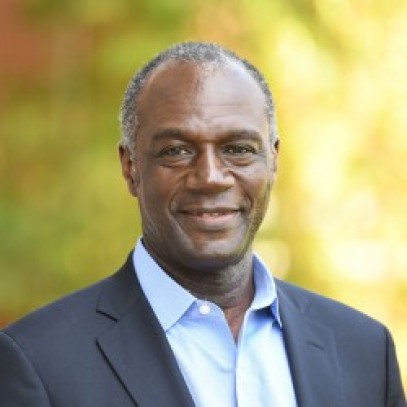 Kofi Appenteng is the President of the Africa-America Institute (AAI), which was founded in 1953 with a mission of promoting enlightened engagement between Africa and America through education, training and dialogue. With more than 15,000 African alumni from more than 50 African countries, AAI has tremendous reach and is a trusted brand. Appenteng has 30 years of domestic and international experience as a corporate lawyer, investment banker and board director. He previously served as senior counsel at Dentons, a global law firm, and is a senior advisor to The Rock Creek Group, a global investment and advisory firm.

Throughout his career, Appenteng has been active with numerous civil society organizations. He is currently a member of the board at the Conrad N. Hilton Foundation, and previously served as board chair of the Ford Foundation. Additionally, Appenteng serves on the board of the International Center for Transitional Justice and on the International Advisory Board of IE University. In recognition of his work in business and philanthropy, he was named a “Great American Immigrant” by the Carnegie Corporation in 2013.

Born in Ghana, West Africa, Appenteng began his education in England where he completed his primary and secondary education and then came to the United States to attend college at Wesleyan University. At Wesleyan, he earned a Bachelor of Arts degree, was awarded the Butterfield Prize for character, leadership and intellectual commitment, and captained the soccer and athletic teams while earning recognition as a member of the All-American soccer team. He earned a Juris Doctor from Columbia University where he was an international fellow. Appenteng then began his career as a corporate lawyer and, in 1994, became the first Black African to become a partner at a major New York City law firm.