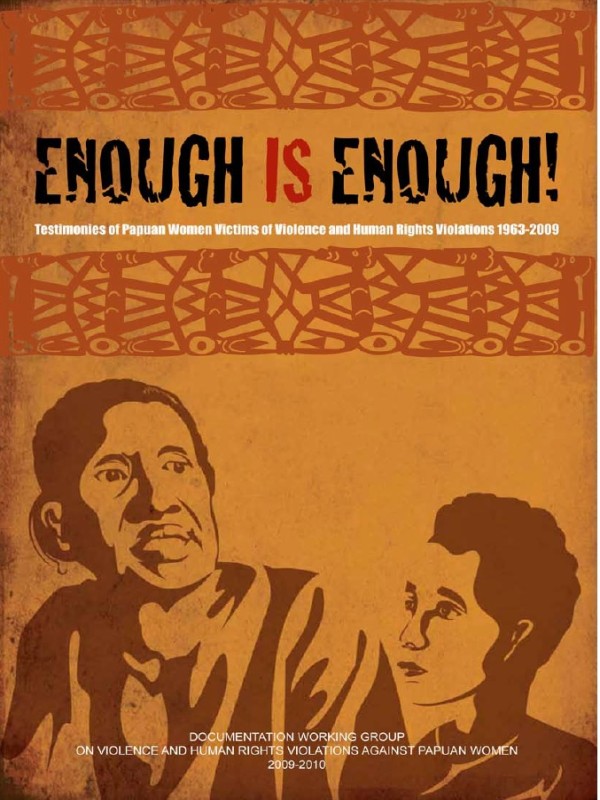 “We women of Papua have been bruised, cornered, besieged from all directions. We are not safe at home, and even less so outside the home. The burden we bear to feed our children is too heavy. The history of the Papuan people is covered in blood, and women are no exception as victims of the violence of blind military actions. We have experienced rape and sexual abuse in detention, in the grasslands, while seeking refuge, no matter where we were when the army and police conducted operations in the name of security.”

In 2009–2010, ICTJ, the Women Commission, and the Women Working Group of Papuan People Assembly provided support to Papuan women in a project to document gender-based violence and human rights violations that occurred between 1963 and 2009. This documentation effort aims to understand different patterns of violence, including abuses committed by security forces and resulting from efforts to seize natural resources in Papua, as well as violence women have experienced in their own households since the army took control of the region in 1963. Of the regions in Indonesia, Papua—on the verge of becoming independent when Soehato gained power—experienced some of the highest rates of atrocities committed under the regime. And recent crackdowns in Papua indicate the government is still adopting a heavy-handed security approach.

The women in Papua worked on this collection of stories of violence and abuse over three months, interviewing 261 people (243 women and 18 men). The report finds that a range of factors within Papua—violence employed by security forces, a culture of discrimination against women, and lack of political will to change policies among others—have meant the victims are still neglected and none of the effects of violence have been addressed. “Change cannot be postponed any longer,” the women conclude.