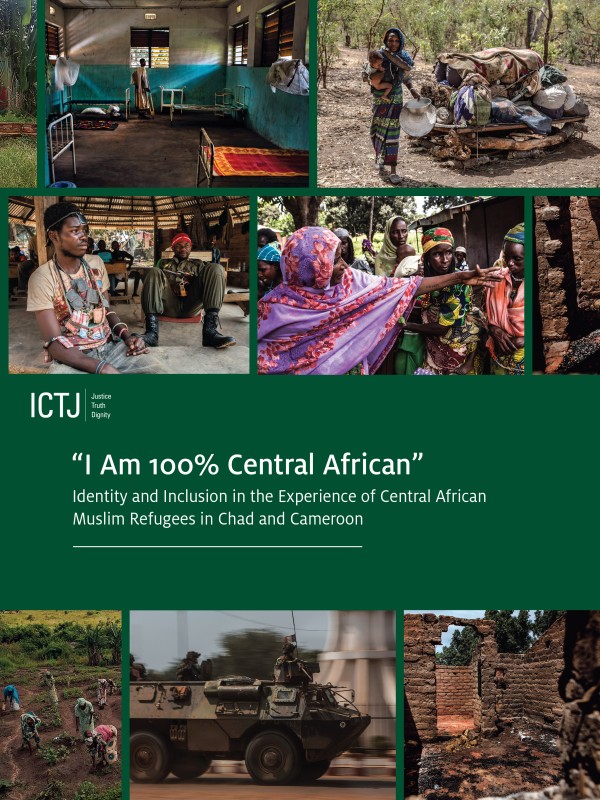 Over the past five years, the current crisis in the Central African Republic (CAR) has forced more than a million people, out of a population of a little more than four million, to flee their homes. Although the crisis follows years of political instability and state fragility, the country had never experienced such diffuse and horrific violence among communities, neighbors, and members of the same family or such deep tearing of its social fabric. Despite many international efforts to facilitate peace and stabilization, armed groups still operate throughout the country. The return of refugees—which seemed likely only one year ago—is now impossible because of increased sectarian attacks. As the country has plunged again into an acute humanitarian crisis, discussions on reconciliation and justice have been put almost completely on hold.

“Being recognized as Central African and taking part in a new social contract based on inclusion were ultimately the two most prominent demands expressed by Muslim and Peuhl refugees. Only in a Central African state renewed from its very foundation can justice for past violations have an impact and truly improve lives.”—Enrica Picco

This research report is based on qualitative interviews with Central African refugees living in Chad and Cameroon and members of national and international organizations. More specifically, it focuses on Muslim and Peuhl communities that fled from Bangui and the western regions of the country at the peak of the sectarian violence (late 2013 to early 2014). Given that identity-related issues, including long-standing discrimination against Muslims, are among the root causes of the conflict, it can be expected that some of the refugees interviewed for this study are among those most likely to experience barriers to rebuilding social ties within their community of origin if and when they return. Interviewees were asked about their experience of displacement and their intentions and concerns regarding return, reconciliation, and justice.

The research findings show that a lack of inclusion is a crucial underlying issue in most of the refugees’ experiences and, therefore, their concerns for the future. In a country where access to state services and jobs has often been closed to those not considered to be truly “Central African”—due to their place of origin, ethnicity, or religion—a politics of inclusion would represent an important change. It would help to put CAR on the path of renewed, peaceful coexistence after violent conflict. Making minority groups feel like they are part of a common nation-building project would also mean finally recognizing them as Central African citizens. This would in turn have an important impact on their own identity, which has been so deeply challenged by years of discrimination that refugees used a narrative of “us-them” in speaking about those who remained in CAR, referring to them as “Central Africans,” thereby suggesting that they themselves were not perceived to be Central African.

“We used to eat together but one day they woke up and they told me: ‘You are a foreigner, you have to leave.’ Do you understand what I mean?” said a 33-year-old man from Bangui.

For many of the refugees who participated in this study, their interviews were their first opportunity to talk about their experience of displacement and their thoughts about reconciliation and justice. The interviews were both a painful process of reliving a period of extreme violence and fear and a source of great relief, as they were finally being listened to. Individuals mainly described their material losses, presumably because talking about lost property and assets is relatively easier than remembering the loss of loved ones. But it also represented a reflection on their previous socioeconomic status, as many had been fairly wealthy traders, mining professionals, or cattle herders in CAR before fleeing.

Displacement has divided families and exposed the most vulnerable people to acute hardship. As a consequence of a more general breakdown of social relations, in the new displaced settings, girls and young women often turn to prostitution for small amounts of money, and children were perceived by interviewees as less mindful and obedient to their parents.

Even though many refugees clearly stated their intention to return, they all knew that it is not yet the right time. Some were clear in their intention to resettle in their country of asylum or apply for relocation to a third country. As many people had already been exposed to loss and displacement before the crisis, they were not confident of a change in CAR’s political situation that would create stability and enable them to return or of receiving compensation to help them to make a fresh start. In fact, socioeconomic factors (both in CAR and in their asylum countries) and security were pointed to as the key indicators for return. The correlation between these two factors was very tight, with refugees defining “peace” as the freedom to move around and conduct economic activities.

“If the authorities change their language, the population will follow. The leaders are the ones who should talk and be echoed by the media,” said a young man from Bangui.

Many refugees who were interviewed were doubtful about the possibility of living together again with the people who had forced them to flee. According to them, reconciliation would not be easy if and when they returned, and it would need to be actively supported by those both within and outside of the communities they fled. They highlighted the need for strong top-down messages of inclusion coming from the highest state representatives that clearly state that Muslim Central Africans are citizens with the same rights as other citizens. Only such a narrative could change people’s attitudes and beliefs and create the conditions needed to rebuild social ties at the local level. In parallel, refugees explained how the restoration of state authority—based on a new principle of inclusion—and symbolic gestures of reconciliation should accompany these messages. Because wounds are still open, for many refugees forgiveness is not yet an option.

When asked (probably for the first time) to reflect on justice, refugees clearly expressed their deep distrust of the national justice system, which was already extremely dysfunctional and corrupt before the crisis. The majority of interviewees would like some sort of international entity to investigate and prosecute the crimes committed in the last few years. Opinions varied widely on who should be investigated and how, but there was agreement that those most responsible for the crisis—mainly former presidents and warlords—should be put on trial. In a context of improved security, traditional chiefs could also play a role, especially in resolving property and land disputes. Compensation for material losses were commonly described as a personal entitlement for losses they had suffered during the conflict. In this sense, they could be seen as a form of reparation.

“We need a decision from the government to live together. The president should say that we all have to rebuild the country together and that our brothers who are abroad should come back,” said a 64-year-old man from Bouzoum.

Based on refugees’ concerns and expectations, this study identifies a number of crucial steps that could be taken in order to facilitate the return of refugees, reconciliation, and justice in CAR. Recommendations address three main issues: discussions and policy making, concrete actions to rebuild social ties in CAR, and measures to improve living conditions for Central African refugees in their countries of asylum.