Assessing the Prospects for Transitional Justice in Georgia 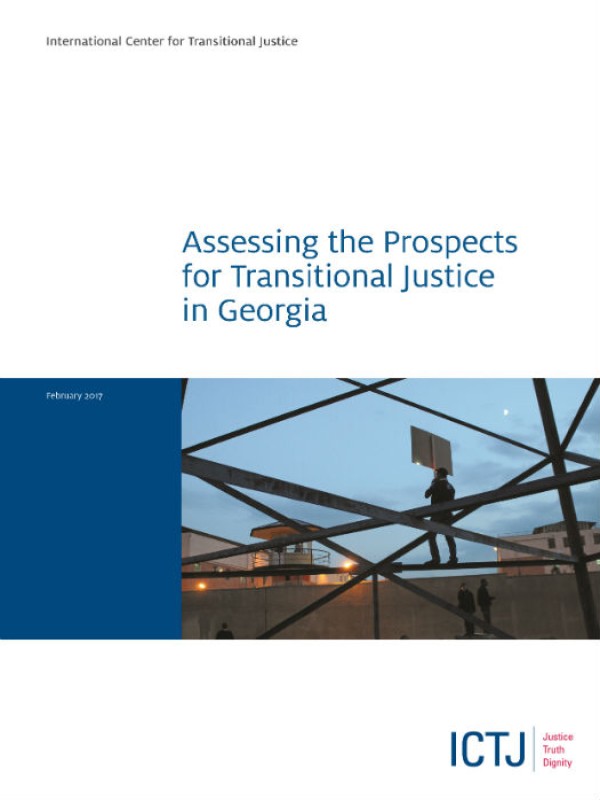 After the 2012 parliamentary elections, there have been various attempts to address this past. These included the introduction of amnesties, the rehabilitation of torture victims, a proposed commission on miscarriages of justice; the creation of a unit for land restitution in the Office of the Prosecutor; and criminal proceedings against former senior officials. However, none of these measures proved effective. The proposed commission on miscarriages of justice was criticized and abandoned. Efforts at prosecutions were seen as politically motivated and lacking due process. Institutional reforms effected so far have not realized the desired results. Victims have received little or no support or acknowledgment.

Towards the end of 2015, the International Center for Transitional Justice (ICTJ) was invited to Georgia to consider whether current conditions were conducive to a serious exploration of the past and the implementation of substantive transitional justice steps to reckon with its past conflicts and human rights abuses. ICTJ conducted interviews with key stakeholders and discussed a range of ideas with them.

Interviewees pointed to the need for concerted steps to address the past, but highlighted the lack of political will as an inhibiting factor and noted that, outside of victim communities and organized civil society, the wider public prioritized economic prosperity over addressing past injustices. Nonetheless, victims of torture and property violations continue to push for restoration of property, guarantees of non-recurrence, and institutional reform.

Based on this research and findings, this report assesses the prospects for transitional justice in Georgia and makes recommendations in this regard.

Th is assessment takes place some seven years after ICTJ last carried out an assessment in Georgia. 2 In 2009 ICTJ stopped short of recommending formal transitional justice steps on the grounds that conditions were not conducive at that stage. Th is report makes recommendations for several steps for the consideration of Georgians. It does so on the understanding that while conditions may not necessarily be perfect, waiting longer may have a deleterious impact on the country. Indeed, ICTJ finds that it is time for concrete and meaningful steps to be taken to address the past as a contribution to reform and nation building.