Blood on the Root 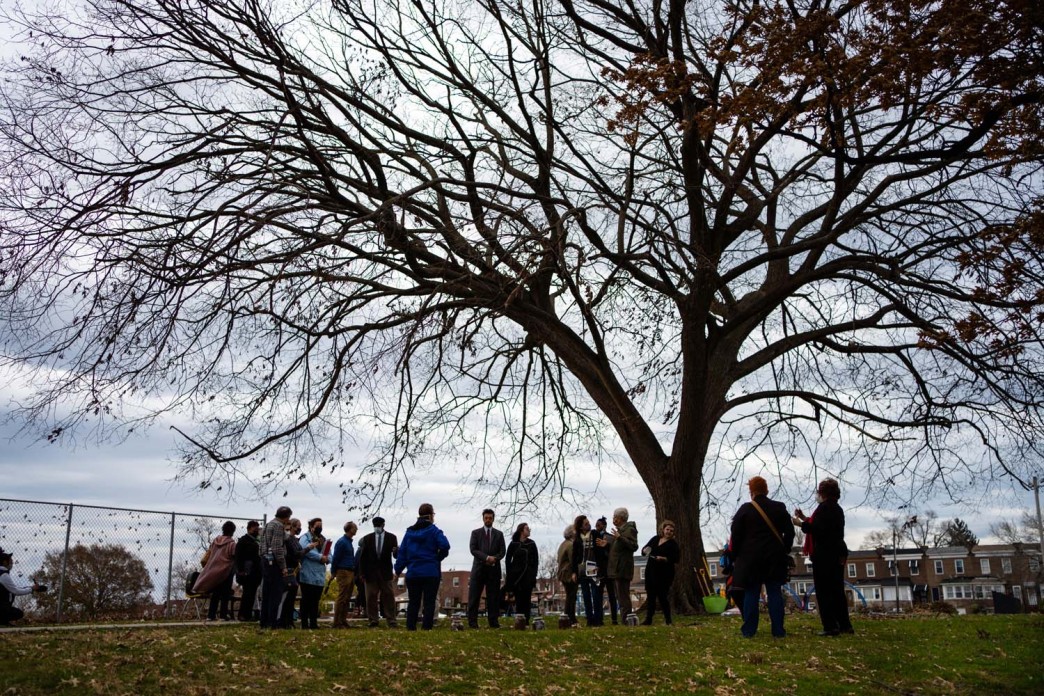 In Baltimore, Maryland, participants gather at the site where King Johnson was murdered on Christmas Day in 1911. A soil collection ceremony in his honor is about to take place. "Mr. Johnson was lynched. And for no other reason than because he dared to argue with a White man and assert his own autonomy,” says Elliot Spillers, project manager at the Equal Justice Initiative. Maryland has launched the nation's first lynching truth and reconciliation commission in an effort to redress the state’s history of racial terror. (André Chung/ICTJ) 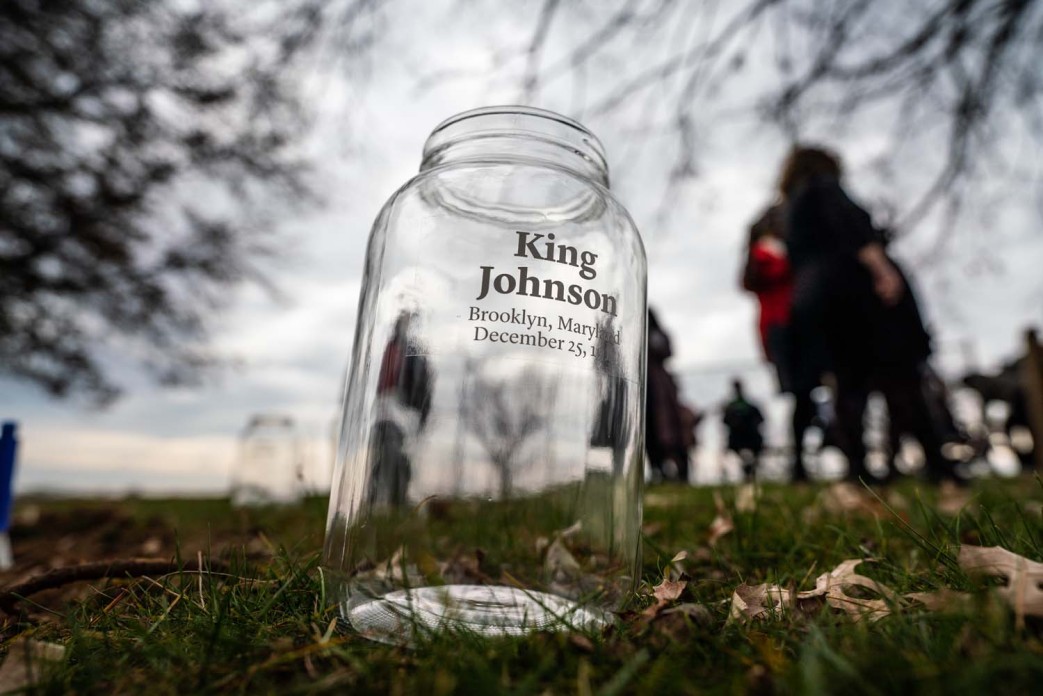 A soil collection ceremony is an emotional event: Survivors, descendants, and activists gather to remember the victim and fill jars with earth taken from the site of the murder. The jars are then distributed to stakeholders. (André Chung/ICTJ) 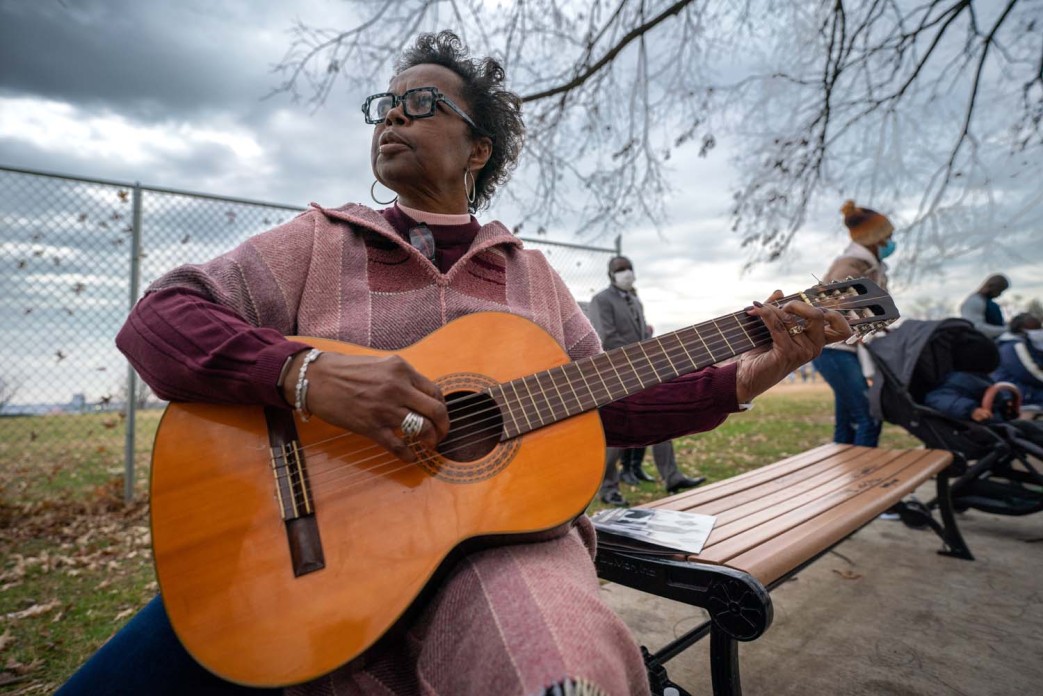 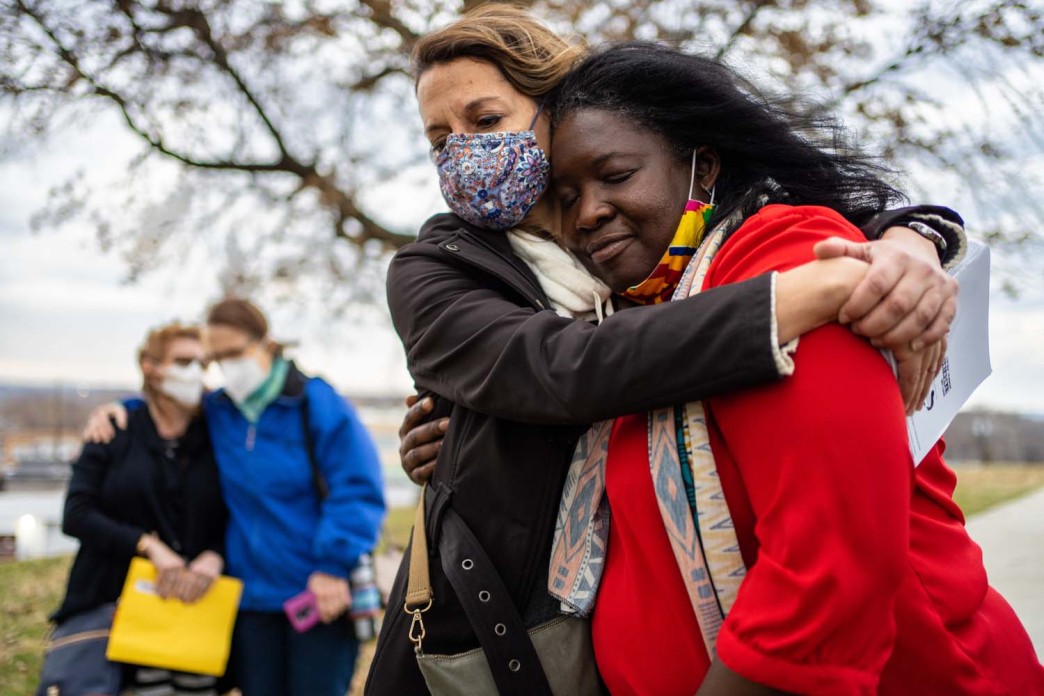 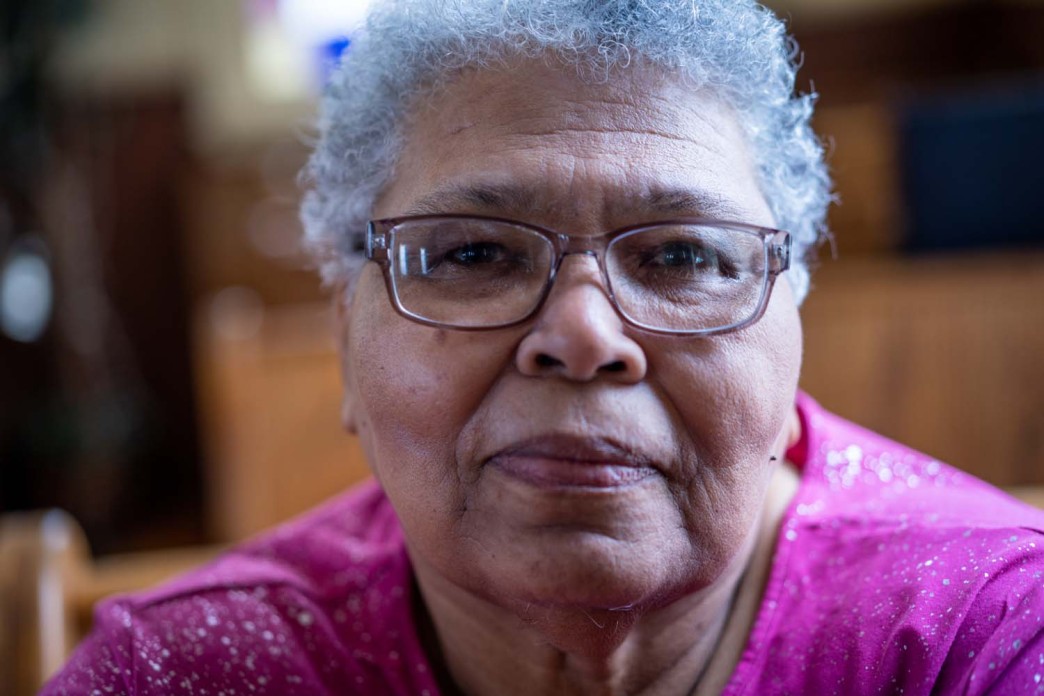 Shanie Shields is an activist and former member of the Salisbury City Council. Her father witnessed the lynching of Matthew Williams, a Black man, in 1931. She now heads the Chipman Cultural Center, which houses among other artifacts soil collected from the lynching sites of several Black victims on the Eastern Shore. The center is the oldest-standing historically Black church in the Delmarva Peninsula and has been a hub for the Black community for generations. (André Chung/ICTJ) 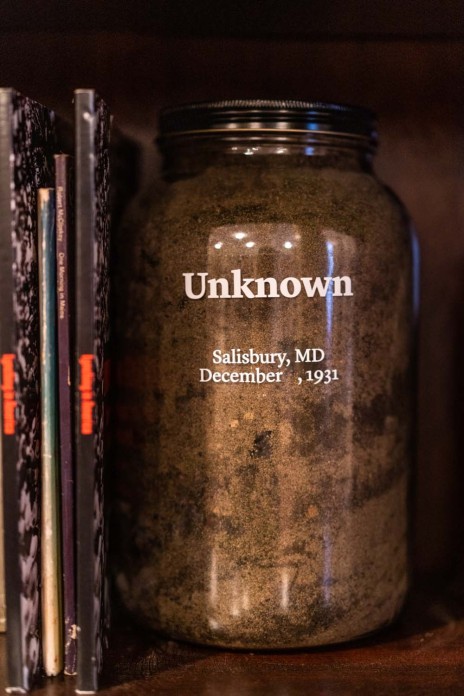 A jar of soil is in memory of an unidentified man who was lynched the same night as Matthew Williams. (André Chung/ICTJ) 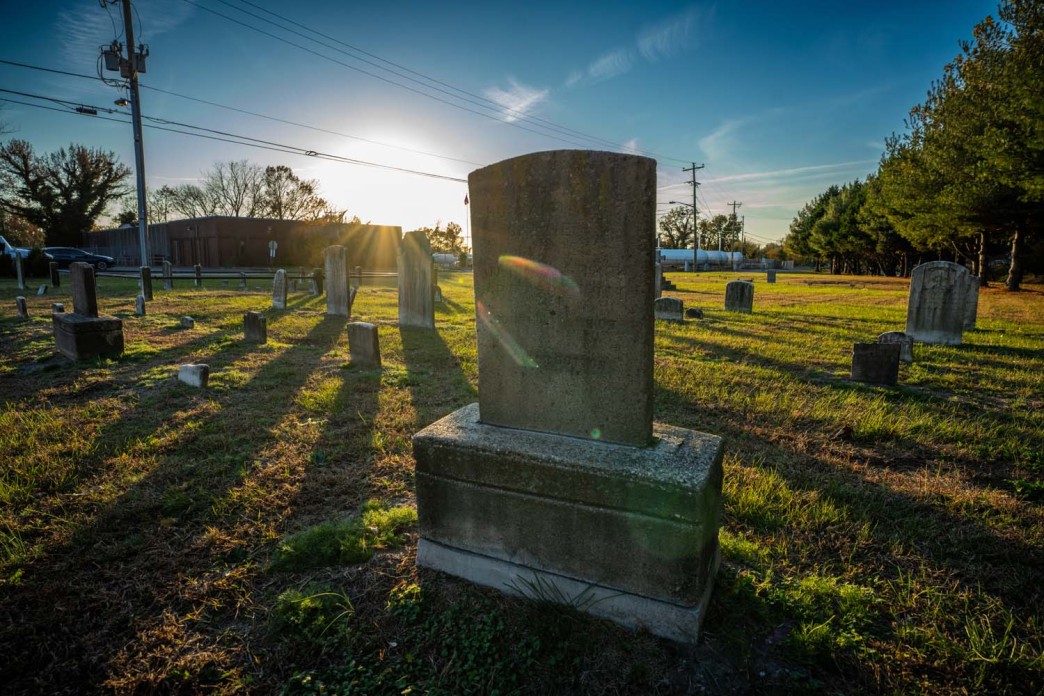 The Salisbury Public Cemetery is also known as Potter’s field, and is historically Black. Matthew Williams, one of three men known to have been lynched in Wicomico County, is said to be buried here in an unmarked grave. (André Chung/ICTJ) 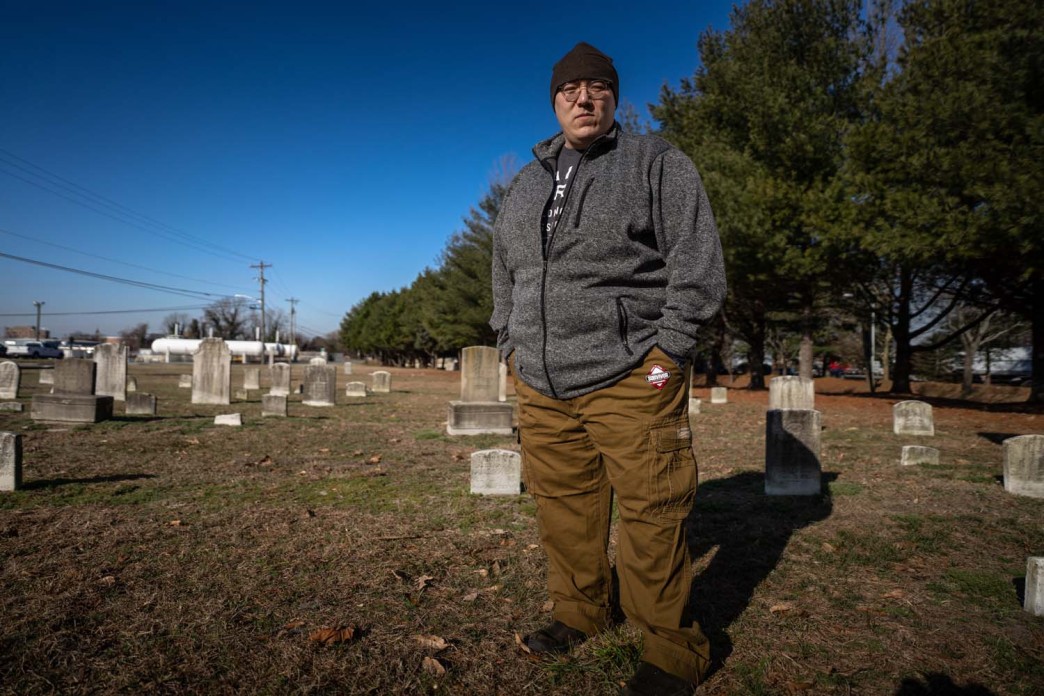 James Yamakawa is co-founder of the Wicomico Truth and Reconciliation Commission and is a leading social justice activist in Salisbury. “This was as brutal an act of terrorism as one can imagine,” he says of Matthew Williams' lynching. "It was designed to terrorize the entire Black community of Salisbury and Wicomico, and to tell them that you cannot step out of line or this will happen to you.” (André Chung/ICTJ) 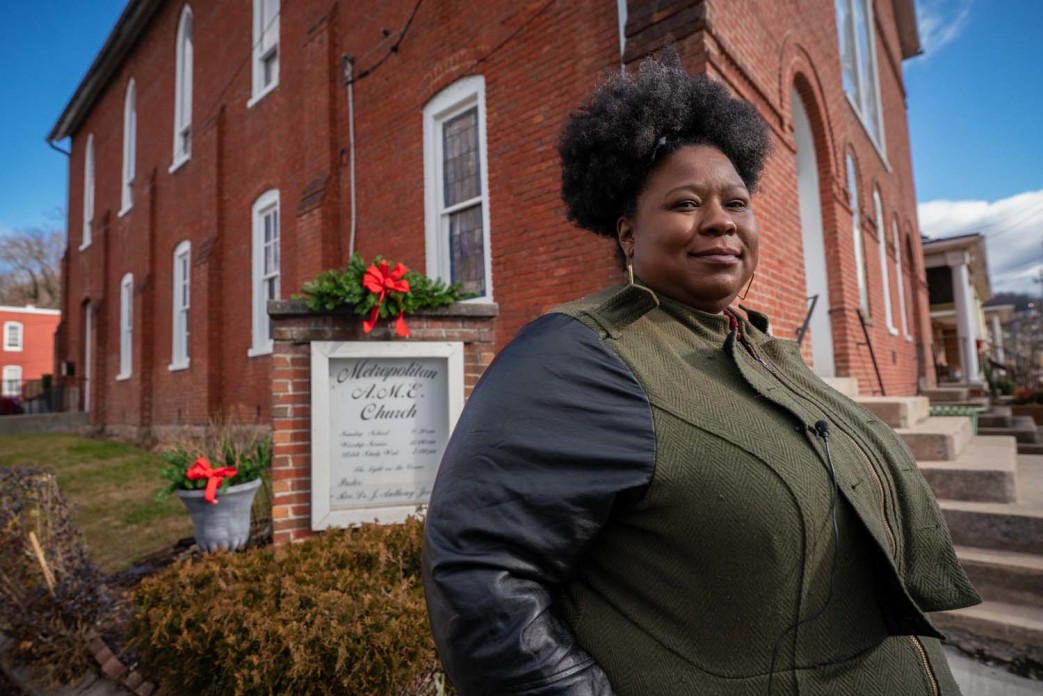 A four hours’ drive northeast of Salisbury, in Cumberland, Maryland, president of the Allegany County NAACP and member of the Allegany County Lynching Truth and Reconciliation Committee Tifani Fisher leads a tour retracing the final hours of the life of another Black man, William Burns, aka Robert Hughes. “A mob came [to the jailhouse] and demanded the keys, and the keys were given and they dragged this young man out,” she recounts. “They took turns beating him…and as one group got tired, they brought in another group. They beat him to death.” (André Chung/ICTJ) 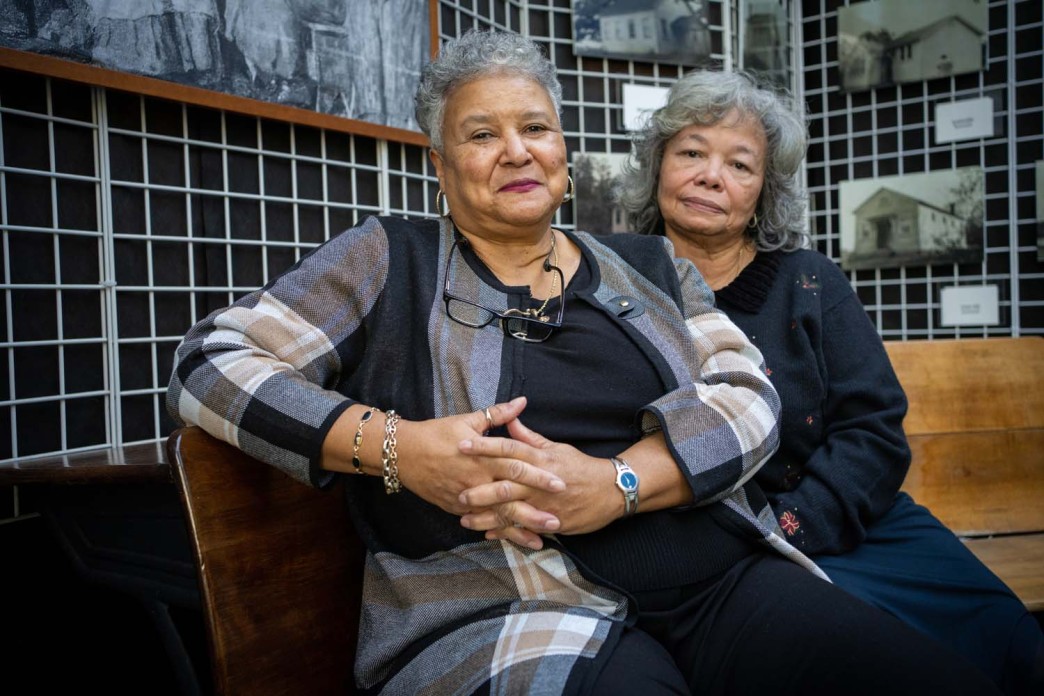 Karen Hughes White and her sister, Angela Davidson, are descendants of Robert Hughes, and together run the Afro-American Historical Association of Fauquier County. Not until 2021 did they learn that their great uncle, Robert Hughes, had been lynched. Hughes White puts it plainly, “America needs to stand accountable for its children. Period.” (André Chung/ICTJ) 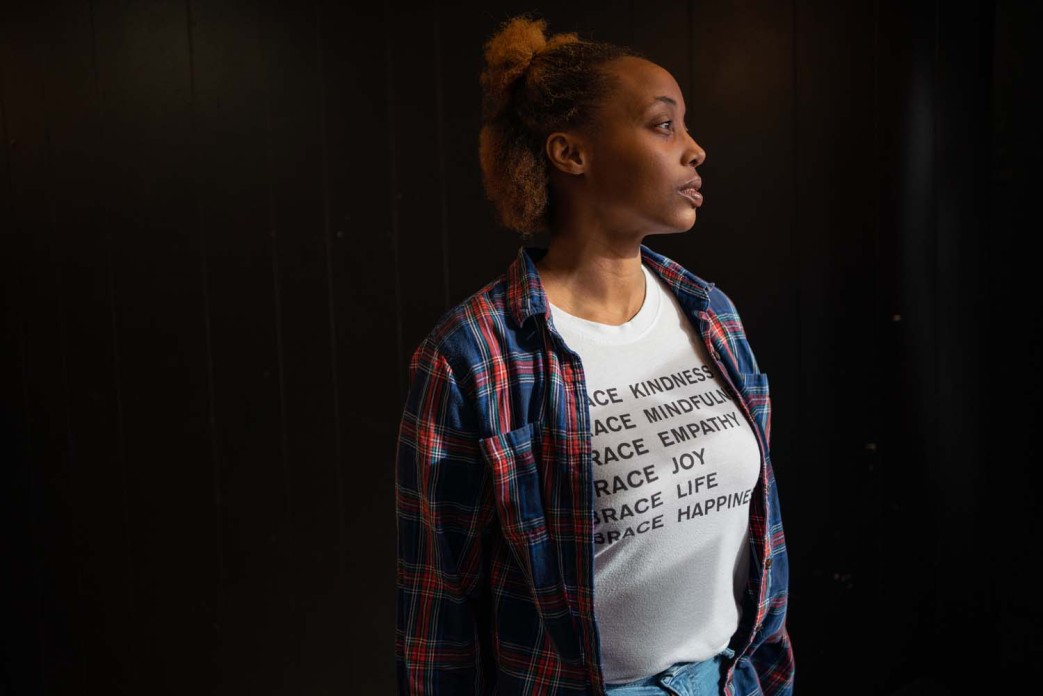 Amber Green is an activist and community organizer who runs Fenix Youth Project, an arts and social services program for youth. She is also running  for Wicomico County Council. “This didn’t just manifest out of nowhere. This came from history, and we have to talk about lynchings because lynchings are still happening,” she says as she explains the intergenerational effects of racism and racial terrorism on the Black community. (André Chung/ICTJ) 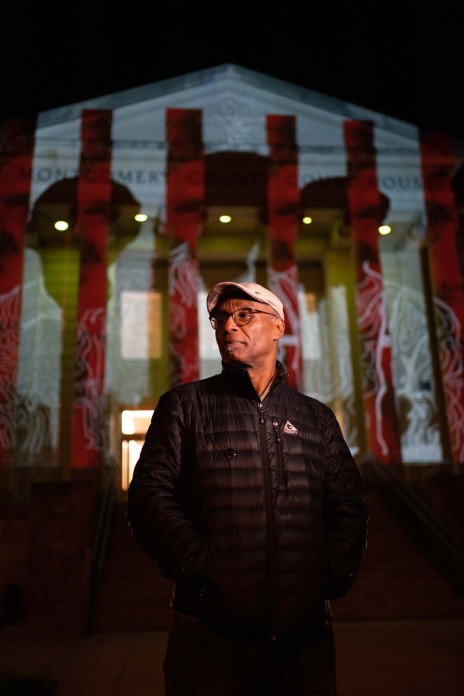 Montgomery County, known as one of the most progressive counties in the Maryland, has established the Remembrance and Reconciliation Commission to raise awareness about the history of lynchings in the county and to honor the victims. On November 5 and 6, 2021, the Montgomery County Arts and Humanities Council projected the work of several artists on the county courthouse in Rockville. The courthouse was chosen because of its central role in the history of lynchings. Artist Tim Davis stands in front of the projection of his work. (André Chung/ICTJ) 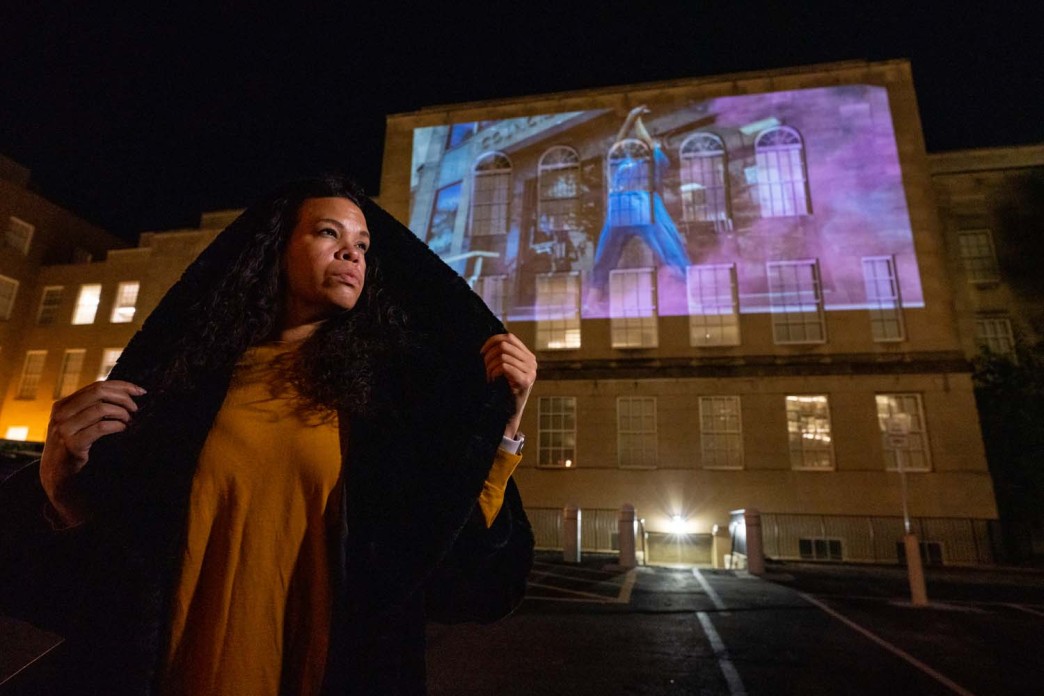 Artist Liz Miller poses in front of the projection of her work on the Montgomery County courthouse. (André Chung/ICTJ) 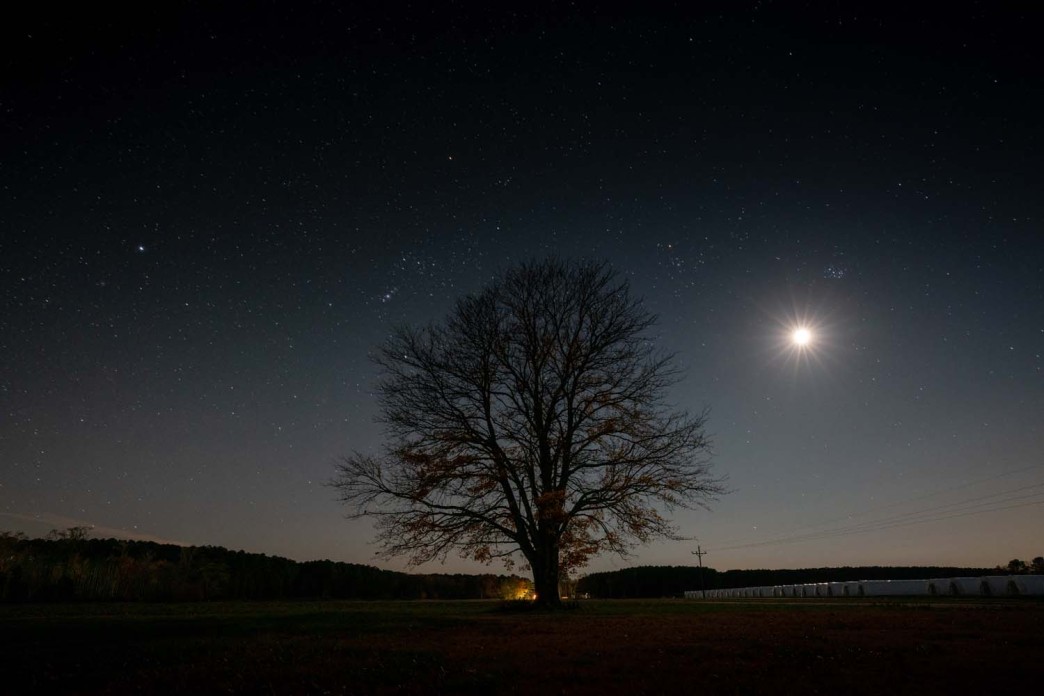 Across the Unites States, white mobs participated in racial terrorism, extrajudicially killing Black men and women. Victims were kidnapped, tortured, mutilated, and killed, often at the end of a rope tied to a tree like this one near Salisbury on the Lower Shore. The Maryland Lynching Truth and Reconciliation Commission seeks to uncover the truth about these racially motivated killings,  provide a measure of redress for the victims’ families and affected communities, and lay the foundation for peace and reconciliation. (André Chung/ICTJ)

Across the state of Maryland, communities are coming together to uncover the truth about racial terror lynchings and seek redress for the enduring consequences of these crimes. “More than the poll tax, the grandfather clause, and Jim Crow segregation, lynching and the threat of lynching helped regulate and restrict all aspects of black advancement, independence, and citizenship,” writes Sheryllyn Ifill in her book On the Courthouse Lawn.

Between 1877 and 1950, over 4,000 African Americans were lynched across the United States. Lynchings were public acts of racial terrorism designed to instill fear and devastate African American communities. No one was held accountable for these grave human rights violations; instead, many officials turned a blind eye or condoned this violence.

The Maryland Lynching Truth and Reconciliation Commission was formed by state legislators and signed into law in 2019. It is mandated to investigate racial terror lynchings in the state, hold public hearings, and make recommendations for addressing this violent legacy. It is the first and only commission of its kind in the nation.

This state-level effort is complemented by county-level commissions and a strong network of volunteers determined to break the silence and complicity around these crimes and prevent their recurrence. As Karen Hughes White, a descendant of Robert Hughes who was lynched in Cumberland, Maryland, put it: "America needs to stand accountable for its children. Period.” As ICTJ has seen in its work around the world, revealing the truth and humanizing and honoring the victims of human rights violations are crucial first steps in this long-term process.

For more, visit "The Ghosts of Racial Violence in Maryland" feature story.

There are at least 40 known lynchings in the state of Maryland. Activists, descendants, and others in the community have worked hard to uncover the truth, preserve the memory of victims, and provide redress. This video explores this legacy of racial terror and its impact on Black communities and society as a whole through the generations.