Overlooked and Invisible: The Women of Enforced Disappearances 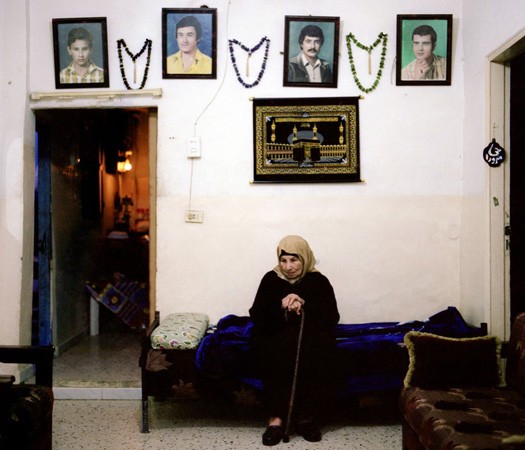 In the last 35 years, tens of thousands of individuals have been forcibly “disappeared” through conflict or repression in more than 80 countries around the world. The right of families to know the fate of their missing loved ones was first internationally recognized by the UN Human Rights Committee in 1983 with respect to Uruguay, and judicially recognized by the Inter-American Court of Human Rights in a Honduran case of enforced disappearance in 1988. Since then, government responses to the violation have evolved to encompass truth seeking, exhumations, trials, reparations and reform measures.

These measures have focused on the disappeared, 70-94% of whom are men. However, the 2006 International Convention for the Protection of All Persons from Enforced Disappearance defines victims of the crime as both the disappeared and those who have suffered harm as the direct result of an enforced disappearance. This has important implications for women, who comprise the majority of those left behind to pick up the pieces after a disappearance, haunted by the hope that their loved one is still alive.

New research by the International Center for Transitional Justice (ICTJ) shows that the enduring impact of enforced disappearances on women is not as well known or adequately addressed by governments and societies. Women—as the wives, mothers, sisters and daughters of the disappeared—play particular roles and experience exacerbated hardships after a disappearance. Due to gender inequalities in many cultures, they experience heightened and intersecting economic, legal, social, and psychological harms as a result of losing a male family member, who is often the breadwinner and head-of-household.

This research, comprising first-hand stories from female relatives of the disappeared in Lebanon and Nepal as well as comparative analysis across 31 countries, reveals trends of ongoing victimization after a disappearance as a result of increased poverty, family conflict and psychological trauma. It also identifies how various truth, justice and reparative measures have overlooked these experiences, and where innovative responses have proven successful in offering redress.

The loss of the family breadwinner or head-of-household forces women into low-paying, insecure jobs, often far away from their families, increasing their risk of exploitation and jeopardizing their children’s well-being and education. The uncertain legal status of the disappeared (who are not considered officially alive or dead) compounds the family’s financial insecurity, as wives often cannot access family assets and bank accounts held in their husbands’ names or social benefits reserved for married women.

The only option for many wives may be to declare their husbands dead, and even then, death certificates may not be available until some time after the disappearance. Many women are reluctant to do this because of a sense of guilt of abandoning hope. At least one-fifth of wives of the missing in Nepal interviewed by ICTJ reported that they had chosen to declare their missing husbands dead. Although there may have been other factors involved, it is likely that some of these women made the decision out of economic pressure created by the design of Nepal’s Interim Relief Program, which initially granted lump-sum awards of 100,000 NRs to the next-of-kin of the deceased and just 25,000 NRs to the next-of-kin of the disappeared. Creating a separate legal category of “absence due to disappearance,” like in Peru, Argentina, Bosnia and Herzegovina and Chile, has proven to help families overcome some of the practical–and patriarchal–challenges.

Socially, women may even be blamed for the disappearance of a loved one or be ostracized by their family for being a financial burden. In Kashmir, the term “half-widows” was coined to describe the loss of social status experienced by wives of the disappeared, while in several patri-local cultures, including Kashmir and Sri Lanka, re-marriage carries a stigma.

Consequently, wives of the disappeared may stay with families who resent their presence, partly because they risk losing custody of their children if they leave. Beyond this, they also suffer from a condition now called “ambiguous loss” (which is different to post-traumatic stress disorder), due to the ongoing uncertainty and stress associated with the enforced disappearance.

Naturally, family members are compelled to search for their disappeared loved ones, even as they struggle to live with perpetual uncertainty. This puts women on the front lines of the search for truth about the missing and disappeared, sometimes at great personal risk. One woman interviewed by ICTJ in Nepal described her experience of exploitation: “He took me to different places to find my husband. And then he started asking me to come and meet him in hotels at night.”

Understanding women’s specific needs will help governments and others to design programs and set up institutions that successfully address the enduring impact of enforced disappearance on them and society.

Since 1974, at least 12 official investigative commissions have specifically examined enforced disappearances, and truth commissions have conducted research, investigations, public hearings and exhumations to uncover the fate of the disappeared. Nevertheless, taking a gender-neutral approach has proven to silence women victims; instead, truth commissions need to be designed and implemented with gender-sensitivity if they are to gather women’s stories and accurately record the full range of human rights violations committed. Successful strategies include outreach approaches that target women, creating safe women-only spaces for giving testimony, and using specific interviewing techniques.

The experiences of female victims in Colombia highlight the need for simple, accessible reparations programs and state assistance for women to overcome social inequalities in literacy, education, and resources. Otherwise, women will be unlikely to benefit, particularly if the process is costly, as in Guatemala, or if compensation is paid into bank accounts that women do not control of or have access to, as occurred in Nepal. In a recent study, 74% of wives of the disappeared in Nepal reported that the burden of proving that an enforced disappearance took place was a challenge to accessing relief. Solutions include assisting women to obtain the required documents and open bank accounts, and providing other forms of psychosocial, housing, educational and healthcare benefits as reparations.

Symbolic reparations are also important, in order to facilitate public grieving and the healing process. They must be done in consultation with relatives and communities to prevent re-traumatization and communal rejection. It is also critical that memorials to the disappeared acknowledge women as activists and advocates for truth and justice to overcome stereotypes of women as passive victims. Memorials in the Philippines and Chile depicting women as activists against political repression are positive examples.

Enforced disappearance continues to be used around the world as a tool of terror and repression, including in Kenya and Syria. Lessons learned about how to take a gender-sensitive approach to truth, exhumations, reburials, reparations, justice, and reform is crucial to redressing the harms endured by victims and their broader communities.

Ultimately, the degree to which programs and measures are effective in addressing enforced disappearances, and their lasting impact on victims, depends on whether they respond to women and their specific experiences. Revealing the enduring impact of this violation on women in Nepal, Lebanon and beyond reinforces how much work we still have to do.

Originally published on April 14, 2015, on openDemocracy

Photo: Amineh Hassan Banat (Imm Aziz) sits under the framed portraits of her four sons at the Bourj el Barajneh Palestinian refugee camp in Beirut, Lebanon, 2010. From left to right, Ahmad (13), Mansour (22), Ibrahim (25), and Aziz (31). All four were taken from their home by force in 1982 by members of a militia. She never saw them again. Lebanon's 15-year civil war, which began in 1975, led to the disappearance of 17,000 persons. Families believe some of the disappeared are still alive, but detained in Syrian prisons.