An Overlooked Aspect of Sexual and Gender-Based Violence

Recent recognition of the work of Nobel Laureate Nadia Murad has drawn global attention to the issue of sexual violence and gender-based violence in conflict. But, as ICTJ Expert Kelli Muddell argues, the nuances of gender norms and how they impact women, men, and vulnerable populations are still often missing from conversations about victims. 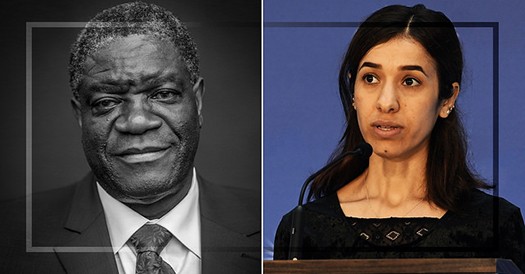 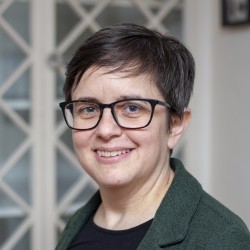 Recent recognition of the work of Nobel Laureate Nadia Murad has drawn global attention to the issue of sexual violence and gender-based violence in conflict. But, as ICTJ Expert Kelli Muddell argues, the nuances of gender norms and how they impact women, men, and vulnerable populations are still often missing from conversations about victims.

At the end of October, women’s rights activists and UN member states will commemorate the 18th anniversary of UN Security Council Resolution 1325 on Women, Peace Security (WPS). The resolution was the result of years of advocacy by women’s groups for the Security Council to recognize the unique impact of conflict on women and the need to increase women’s participation in conflict resolution, peacebuilding, and peacekeeping.

A few years before, the International Criminal Tribunals for the Former Yugoslavia and Rwanda handed down judgments that classified sexual violence against women as a serious violation of human rights that had occurred during the conflicts in both of those countries. With USCR 1325, the new century seemed to bring with it an acknowledgment of what victims and women’s rights activists had been saying for decades – women are targeted by armed groups in specific ways and their participation in conflict prevention and recovery efforts is vital for sustainable peace.

Each year, the WPS framework has grown stronger and each October policymakers and women activists reflect on the progress that has been made and the challenges that persist. There are now a host of WPS resolutions, and over 75 countries have adopted national action plans for the implementation of UNSCR 1325. However, as the Syrian conflict and Rohingya crisis show, the use of sexual and gender-based violence (SGBV) has not been deterred. In many countries, women still struggle to participate in the political arena and face discriminatory laws and practices that create vast social and economic inequalities. These realities remind us that the hard-won accomplishments of women activists need to be safeguarded and that there is still much work to be done toward the realization of the principles enshrined in UNSCR 1325.

What the Discussion of Sexual Violence in War Leaves Out

Discussions of SGBV often leave out the role that gender norms play in the perpetuation of human rights abuses. Understanding these norms, which shape the roles men and women are expected to play in society, is critical for two reasons. First, the norms shape the ways violence is perpetrated. Second, individuals are often targeted for human rights violations because they deviate from gender roles. Ignoring this state of affairs limits the ability of activists, policymakers and civil society to grapple with the root causes of gender-based violence and contribute to its prevention.

Much has been written about why sexual violence is used as a weapon of war against women. Issues of a woman’s reproductive value and the shame that can be brought upon the community for violating women in such a way have been well explored; however, we often overlook why men seem to be increasingly targeted for this type of violence. Until recently, sexual violence was almost always equated with violence against women. However, research shows that men have been targeted for sexual violence throughout modern history, and in a vast number of countries, including, in recent years, the Democratic Republic of Congo and Syria.

Unfortunately, the way that these violations are discussed often obscures the sexual nature of the acts and the motivations of the actors. When I have presented on this topic, I am often met with the argument that the number of female victims of SGBV far exceeds that of men and that resources to address conflict-related sexual violence against women are already insufficient. Although both arguments are true, the latter frames the issue of sexual violence around the identity of the victim, not the cause. The drivers behind conflict-related sexual violence are similar whether the victim is male or female. Perpetrators use prescribed gender roles to punish and humiliate, and for men, who are often valued in society for their strength and leadership, sexual violence is intended to emasculate and undermine their role as protector of their families or communities. To narrowly focus on women victims limits further discussion about how toxic interpretations of gender fuel the use of sexual violence as a weapon of war.

Women’s experiences of conflict are no longer invisible in peace building and transitional justice efforts because women’s activists challenged these fields to evolve. If we are truly committed to the prevention of human rights abuses, we must reframe the current discussions on peace and security to include how deviating from gender norms can lead to all forms of victimization, and doing so must inform our efforts to establish truth and accountability.

Today, for example, we are witnessing the torture, and sometimes killing, of both men and women who do not adhere to the strict dress and behavioral codes established in ISIS-held areas. This includes women who sit on chairs, and men who wear tight pants. Each of these behaviors challenges ISIS’s constructed ideas of what makes an acceptable woman and man. These ideas are rooted in women being subordinate in all aspects of life and men not appearing to be effeminate.

Arguments against taking a broader approach often boil down to how many challenges still exist in the implementation of the WPS framework. While it is commonly accepted that constructions of gender increase a woman’s vulnerability during conflict, recognizing that they create other vulnerable populations is seen as a risk when creating policy. To expand the discussion in policymaker circles to gender, peace, and security risks would mean antagonizing member states who do not want to explicitly acknowledge issues of sexual orientation or gender identity when addressing violence against individuals.

Moreover, advocates in states such as Colombia have attempted innovative transitional justice approaches that take into account the differentiated experiences of women and LGBTI persons in conflict. But within the policy sphere, these approaches have sometimes been met with resistance.

But there are bigger risks in “playing it safe,” particularly from a justice perspective. The first is, of course, rendering marginalized groups of victims invisible in the same way female victims of sexual violence had been before the advances in accountability for SGBV survivors. This impacts not only whose truth gets told, but also who may qualify for redress. Failing to recognize the gendered elements of certain acts of violence against men, such as forced circumcision, may result in their exclusion from reparations benefits set aside for sexual violence survivors.

Efforts to increase the participation of women in post-conflict measures have taught us that if the most marginalized are not taken into consideration in design and implementation, they will not feel safe enough to come forward. A narrow understanding of SGBV perpetuates this risk.

The inevitable consequence of our unwillingness to address the full scope of gender-based crimes is that we may fail to interrogate the gender norms that will shape them for generations to come, leaving perpetrators to commit crimes against women, girls, men, and boys with impunity.

PHOTO: Denis Mukwege and Nadia Murad were awarded the 2018 Nobel Peace Prize for their efforts to end the use of sexual violence as a weapon of war and armed conflict. (Claude Truong-Ngoc, Wikimedia Commons, licensed under CC BY-SA 3.0 (Mukwege), U.S. Department of State, Flickr, published under public domain (Murad), edit by Jakob Reimann, JusticeNow!)