President Jacob Zuma risks irreparably damaging the credibility of core elements of South Africa's deal with the victims of apartheid with his current plan to pardon 149 serious offenders and to potentially consider another 926 applications which are before him. Such a move would mark a profound breach of trust with the victims and South African society at large. 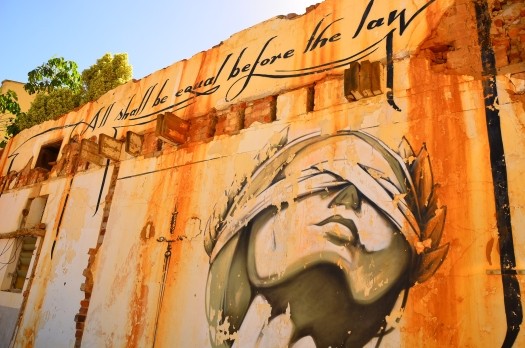 President Jacob Zuma risks irreparably damaging the credibility of core elements of South Africa's deal with the victims of apartheid with his current plan to pardon 149 serious offenders and to potentially consider another 926 applications which are before him. Such a move would mark a profound breach of trust with the victims and South African society at large.

If there is a genuine case to be made that these pardons are necessary 20 years after the liberation from apartheid, basic criteria on transparency should be met. The issue here is not that people be locked up and the key thrown away. In many ways the issue is not about the criminals in question at all, but the treatment of the victims in the process.

The struggle against apartheid was borne by millions of black South Africans, as were its depredations. For many human rights activists of my generation who lived and worked far from its grim realities, our meager acts of solidarity with apartheid's victims were buoyed by nothing more than admiration and hope. Mandela's walk to freedom in 1990 gave spark to a fire of optimism and energy.

The world watched in wonder as he, accompanied by many wise women and men, picked his way through the debris of a broken nation and, against the odds, not only began to put it back together, but seemed to offer the promise of a deeper healing.

South Africa's Truth and Reconciliation Commission (TRC) carried much of the weight of that promise. At its core were a number of compromises based on principle and pragmatism. There was a sense that justice was not simply of about blame and punishment, but a positive process of restoration, inclusion and healing. It was understood that the country's justice system was not ready to genuinely prosecute the most serious criminals, given the perceived prejudices of those still in official positions (prosecutors, judges and others). There was also a fear that any punitive approach would tip the whole transition into conflict.

Famously and uniquely among such bodies, the TRC had the power to grant amnesty to people who confessed to their involvement in crimes committed for political or racial motives. The process focused on acts that violated existing criminal law. Those who did not confess would be open to criminal proceedings.

The law that created the TRC did not address the crime of apartheid itself. This meant that the political and criminal architects of the loathsome regime never actually had to answer for it as such, even before the commission. They were not required to confess to its inherent criminality and seek amnesty.

Instead the amnesty process focused on acts that violated existing criminal law carried out by individuals in any group, with or against the regime.

A little more than 7,000 people applied for amnesty. Of those applications 65% came from people already convicted of crimes. Of these seven thousand or so, over 5,000 were rejected before detailed consideration on administrative grounds - they did not meet the basic criteria of eligibility. In essence, less than two thousand applications for amnesty about crimes committed for political and or racially motivated acts were received. As the then justice minister noted, the people responsible for crimes were far from forthcoming. At the end of that process 1,167 people were granted amnesty. Of those who were not granted amnesty less than a handful faced any kind of criminal prosecution.

I am sure at the time there was profound hope that those with blood on their hands would take the olive branch being extended to them, but relatively few did. Both the architects and henchmen of apartheid were not for coming clean. This was the first breach of promise. The deal was meant to be "confess or be prosecuted" but no prosecutions were forthcoming. That was the second breach of promise.

This made a fool of both the victims, who had believed that the deal for truth was a sacrifice to be made in the national interest of healing, and perpetrators who had confessed in good faith. As it turned out, there would have been no adverse consequences for them if they had remained silent.

Instead, the last two presidents have done anything but help to promote prosecutions against those who chose not to participate and come forward. Through secretive processes, that entirely exclude the participation of the victims of the criminals that might be pardoned, President Zuma indicates such a step may be necessary for the process of reconciling the nation.

These applications for pardons arise from the 'Special Dispensation on Political Pardons' that was launched by former President Thabo Mbeki in 2007 in order to "promote national reconciliation and unity" and "complete the unfinished business of the TRC". They include the apartheid-era police minister, Adriaan Vlok, police commissioner, Johann van der Merwe, and a number of perpetrators of such serious crimes as serial killings, killing of an entire family, brutal assaults on black protesters and bombing of a grocery store. Despite numerous complaints by the representatives of victims and civil society groups, and a 2010 decision by the Constitutional Court, this was a secret process from which victims were entirely excluded.

At a bare minimum any pardon by the president must meet four criteria: 1) victims of the crimes must be included in a honest discussion about the motives of the government and why the pardon process is morally and legally defensible, even though the suspects chose not to come forward to confess before the TRC; 2) any pardon must be predicated on crimes committed for racial or political motives and on a full confession of all relevant facts; 3) those confessing must make a serious contribution to a reparations fund; and 4) no pardon is granted in respect of crimes committed after the apartheid era.

Even such pardons would be a defeat for the credibility of the original agreement, but it would at least treat the victims with a modicum of respect.

Better still would be a process closer to that seen recently in Colombia, where individuals confessed in exchange for a conviction and a much-reduced sentence - not an amnesty. Such a scheme would allow the South African government to state honestly that there was indeed a moral hazard in not taking up the original offer to confess.

President Zuma should make the climb to the moral high ground currently occupied by the victims. From there he may see more clearly the values that are needed to build the nation. Otherwise he seeks to build the nation on the back of broken promises. And the promise of truth at the heart of the Truth and Reconciliation Commission will turn out to have been predicated on a lie.