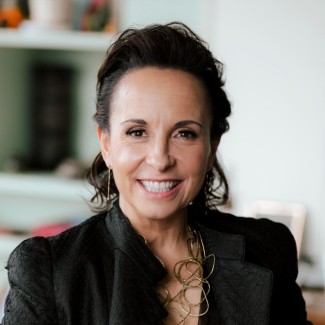 Myanmar’s democratic transition was brought to an abrupt halt on February 1, 2021, with the seizure of power by the country’s armed forces. The military swiftly declared a yearlong state of emergency and arrested leaders of the ruling National League for Democracy (NLD) including State Counsellor Aung San Suu Kyi and President Win Myint. Aung San Suu Kyi faces charges of possession of illegal radio equipment, causing “fear and alarm,” breaking COVID-19 restrictions, and violating the official secrets act. Civilian protests against the military regime quickly swelled to some of the largest since 2007. The military has responded with deadly force resulting in the killing of over 700 people.

Myanmar’s current 2008 constitution created a governing system in which the military retains influence and control through a guaranteed quarter of seats in parliament and a requirement that the heads of the Ministries of Home, Border Affairs, and Defense and one vice president come from the armed forces. However, the past two elections, following five decades of military rule in Myanmar, delivered a decisive victory to Aung San Suu Kyi and the NLD, enabling them to form a single-party government. The coup comes after the November 2020 elections in which the military-backed Union Solidarity and Development Party (USDP) suffered additional losses, representing a continued rejection of the country’s history of military rule. However, the military claims their control of the government is legitimate, alleging widespread fraud during the 2020 elections. The electoral commission, however, has found no evidence supporting these claims.

Members of the NLD who escaped the coup are in hiding and have formed the Committee for Pyidaungsu Hluttaw (CRPH), which is seeking recognition as the rightful government of Myanmar. The CRPH has since announced the formation of a national unity government and issued a Federal Democracy Charter, with the goal to end conflicts and “problematic root causes in the Union.” While resolving the country’s largely ethnic armed conflicts has been a stated priority of the NLD since the 2015 election, progress has been limited as the Burman majority, the NLD’s core source of support, has remained relatively unaffected by the ongoing violence (as well as minority groups’ demands for recognition and autonomy). Before the coup, many ethnic leaders felt the Burman majority and NLD had failed to address their grievances and support them against military abuses. Notably, Aung San Suu Kyi drew sharp criticism for her perceived compliance with the brutal military campaign against the Rohingya Muslim that resulted in the death of thousands and forced displacement of over 700,000 in 2017.

Recent steps taken by the CRPH represent a new approach to social and political cohesion in Myanmar based on upholding fundamental human rights and freedoms, equality, justice, and self-determination. It is unclear if or how the CRPH would redress past injustices. Protesters are showing incredible resilience and commitment as they once again fight against a cruel regime, while calling for inclusion to truly overcome the country’s ethnic and political divisions. Given the military’s brutality and the deteriorating situation in the country, restoring civilian rule under the new national unity government is appearing to be an increasingly immense challenge.

NOTE: The author would like to acknowledge Emma Merritt-Cuneo for her contribution to the drafting of this story.

PHOTO: Protesters in Myanmar prepare for a demonstration against the military coup d'état on February 25, 2021. (Roel Wijnants/Flickr)