Truth For Its Own Sake

Criminal accountability and the search for truth about abuses committed during Nepal’s armed conflict have become inextricably intertwined, at the expense of victims’ broader rights to truth. But for conflict victims, the truth is more than just a pathway to criminal justice writes ICTJ's Aileen Thomson. 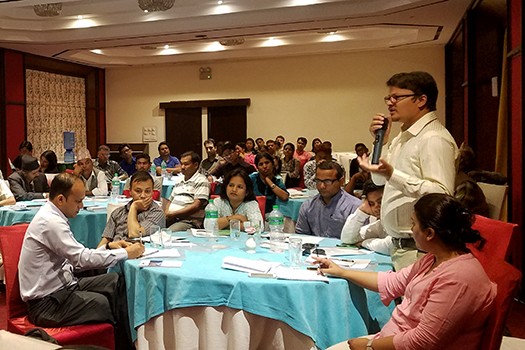 Criminal accountability and the search for truth about abuses committed during Nepal’s armed conflict have become inextricably intertwined, at the expense of victims’ broader rights to truth. But for conflict victims, the truth is more than just a pathway to criminal justice. Their definitions of truth point to the need for the Truth and Reconciliation Commission (TRC) and Commission on Investigation of Enforced Disappeared Persons (CIEDP) to expand their focus to examine the root causes of the conflict, patterns of violence and ongoing impacts of violations on victims and communities.

Many Facets and Purposes

The TRC and CIEDP were formed by the government in 2014 to fulfill commitments under the 2006 Comprehensive Peace Accord to seek. The commissions are mandated to investigate conflict-related human rights violations, recommend cases for prosecution, promote reconciliation between victims and perpetrators and recommend reparations for victims. Controversially, the TRC is also able to recommend that some perpetrators receive amnesty, including for many serious violations.

A recent report by the International Center for Transitional Justice and Martin Chautari Institute of Research and Policy found that victims of serious human rights violations from the 19962006 conflict view truth seeking as having a wide variety of facets and purposes.

Some victims from marginalized communities, for instance, want the truth in order to know — and for the rest of the country to know — how their experiences relate to the long history of marginalization they have experienced. Others stress the need to be recognized as “real victims,” as a way of pushing back against an all-too-frequent practice of the well-connected receiving government benefits intended for conflict victims.

During an event held in Pokhara to launch the report, many victims stated their desire to learn the reason why their loved one had been disappeared or killed. One woman asked, “Did my husband make a mistake that I didn’t know about?” Others similarly asked what their loved ones had done, wanting an answer that would explain why violations had taken place.

This demonstrates the need for the truth commissions, and those who work with them, to view truth as more than the investigation of individual cases of alleged rights abuses. Indeed, answers to victims’ questions cannot come only from examining the conflict on a case-by-case basis, in part due to the difficulty of ascertaining perpetrators’ motives or the reliability of the information they may have acted on.

A broader look at the overall context, patterns, root causes, political decisions and military strategies that led to violations during the conflict— including how and why certain groups tended to be targeted more frequently than others — can help to explain to victims and society why violations occurred and were allowed to occur.

By limiting their focus to criminal justice, however, the commissions, the international community and civil society are leaving other important truth-seeking functions to fall by the wayside.

It should be remembered that as an independent and nonjudicial institution, a truth commission is not meant to establish criminal responsibility. Rather, its purpose is to confirm that violations took place using broader investigative criteria than those used in a court of law, to reverse official denial about violations and to provide the basis for official acknowledgment to victims – something Nepali victims have repeatedly reported as meaningful to them.

Truth commissions are supposed to make important contributions to the public understanding of the patterns and impact of violations, as recent public hearings by Tunisia’s Truth and Dignity Commission demonstrate.

Truth commissions can also compile information on the impact of violations on victims, their families and communities as the basis for making recommendations for a comprehensive reparations program and other efforts to help the state to provide victims with redress and prevent violations from happening again.

The two commissions established in Nepal with the express purpose to find out the truth about the past have a sacred duty toward victims. They must discharge this duty with open-mindedness and genuine effort. The truth they are seeking should not be limited to selecting individual cases for prosecution; rather, their task encompasses a wider truth that looks not only at what happened, but why it happened and what it has meant for victims and the country.

This piece was originally published in the <a href="http://kathmandupost.ekantipur.com/news/2017-06-27/truth-for-its-own-sake.html"t arget="blank">Kathmandu Post

PHOTO: Participants in dialogue events held around the launch of ICTJ's report on truth and memory in Nepal (Aileen Thomson/ICTJ)