The Truth of Those Responsible

A significant portion of Colombian society has been indifferent to the pain of those who lived through the war in the flesh. Some have even denied the existence of an internal armed conflict. This is why it is necessary for us to recount our early and recent history. A new, more comprehensive and nuanced narrative must emerge from the testimonies of victims, responsible parties, and even spectators of this unending war. 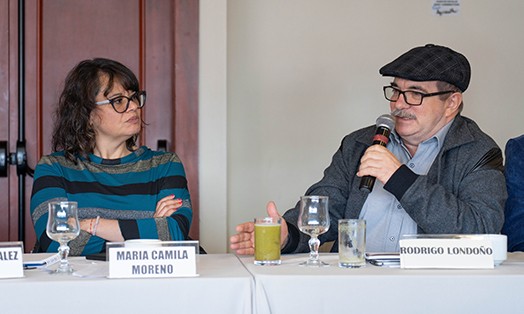 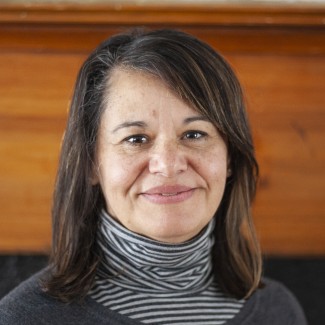 Several months had passed since the FARC and the Colombian government signed the historic Peace Agreement. It was 6 p.m. Three former commanders of the AUC (paramilitaries) arrived first. Then, one by one, came three former FARC guerrilla leaders. We felt the tension in the air. The parties who planned this meeting, ICTJ staff members among them, were overwrought with anxiety. What would happen in this historic encounter? How would the conversation unfold? Would it flow, in spite of the historical mistrust between these former wartime enemies?

We were in a neutral place, in the company of a very wise person who could calm things down if they got out of control. But that never happened: It was a meeting like no other, which ended around 10 p.m. The commanders of the AUC spoke first, followed by the FARC commanders. I was at a loss for words, excited to witness such an improbable and unimaginable encounter. How was it possible for these people, previously archrivals, to have such a similar diagnosis of Colombia’s structural problems?

In 2019, two years after that encounter, I felt a similar anxiety. It was again 6 p.m. We had convened ex-combatants of the ELN, EPL, M19, CRS, and PRT guerrillas, who demobilized in the 1990s, along with those of the FARC and AUC. We invited them to dinner at a hotel restaurant in the capital to kick off one of the most exciting projects in which I have ever been involved: the Ex-Combatant Narratives Roundtable. Some of the men had not seen each other in years, and others had never seen one other without weapons on them. A question hung over the group: if they can embrace each other in a warm hug, why can’t all of us achieve reconciliation?

That was the beginning of a conversation that lasted eight months and culminated in a tear-jerking event at the Truth Commission headquarters.

But reconciliation is not an event; it is a long process that involves several generations. And while more than the truth is needed to reconcile a society that has been fractured by years of conflict, comparative experience shows that without truth it is impossible to achieve. It is necessary to recognize and name the horrors of the past in order to lay the foundation for a future in which new generations do not resort to violence to sort out their differences.

A significant portion of Colombian society has been indifferent to the pain of those who lived through the war in the flesh. Some have even denied the existence of an internal armed conflict. This is why it is necessary for us to recount our early and recent history. A new, more comprehensive and nuanced narrative must emerge from the testimonies of victims, responsible parties, and even spectators of this unending war.

Victims’ truth has long been ignored, and it needs to be heard and shared. That said, the complete story of a war cannot be known without the stories of those who took up arms. They are the ones who must tell us why and how they fought, what interests they defended, and who their allies were. They must explain how they allowed the war to deteriorate to the point that they could commit and justify committing gross human rights violations. They must disclose their reflections on their past wrongdoings. Such recognition is vital for peacebuilding in Colombia.

Learning how to listen to ex-combatants broadened my perspective. All of the actors in the war have something to say, and hearing their stories is paramount to understanding the war’s different layers. We all deserve for our dignity to be recognized. We also deserve to have an ethical reflection and a deep moral discussion with those who have opted to deny the armed conflict.

This story first appeared in the Colombian newspaper El Espectador on April 11, 2021.